The ongoing challenge of the ‘analogue hole’ 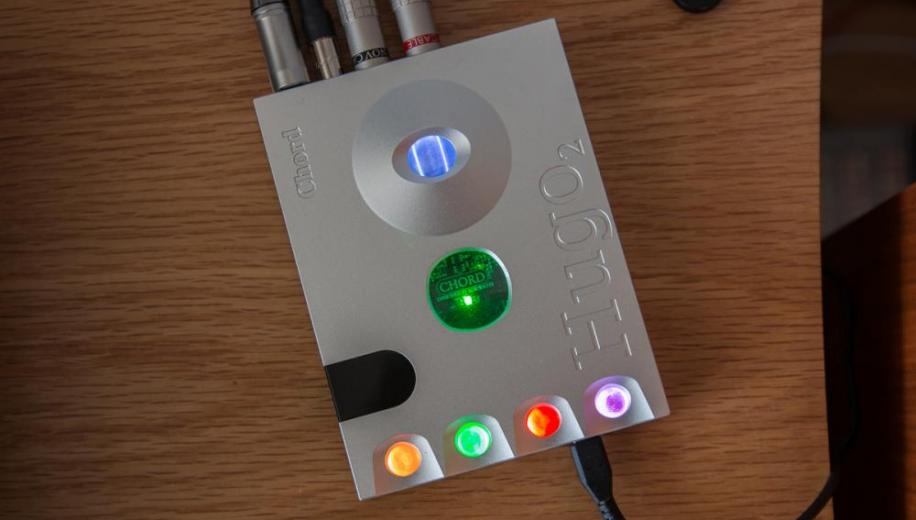 It wasn’t too long ago that the two-channel HiFi market looked to be on the slow road to extinction and at the affordable end of the scale, there seemed to be little argument for a dedicated stereo system.

Fast forward to the present and things could not be more different. The pressures on affordable multi-channel audio, short product lives, heavy depreciation and the ongoing challenges of packing multiple speakers into a lounge have taken their toll on the market. Soundbars and other virtual surround devices have been steadily increasing their market share, while other would-be customers have made the move into two-channel audio. In part, this latter process has happened because two-channel audio has become more amenable to the needs of source equipment. In the course of 2017, we have seen the quantity and quality of digital inputs on devices increase. Even relatively affordable devices can now support having media boxes, TVs and consoles connected to them directly. This makes choosing a stereo amp a simpler business than it would be if all you had was the row of RCA inputs of old.

What has been important about this process is that it hasn’t been left to a subset of manufacturers to pursue this approach. You can find devices with a combination of analogue and digital inputs at price points beyond five figures. At that sort of cost, manufacturers cannot easily ‘take a punt’ and see what might work. Anything being put out for that sort of money has to appeal to customers from the outset. It isn’t too much of a stretch to see that users are happier with their decoding not necessarily being placed in a different chassis.

That they are happy for this to be the case is down to another interesting phenomenon of 2017. As a category, we are still no nearer working out how we ‘should’ be consuming digital media but significantly, we don’t seem to care anymore. In the last twelve months, there has been healthy representation in the field of standalone DAC, network streamers and a surprising number of disc spinners too. You can set out to build a system at pretty much any price you fancy that can make use of any of these means of consuming digital and it’ll all work perfectly happily.

The signs seem to point to CD eventually declining to nothing but that decline is more of a graceful dive rather than a suicidal plummet. What has been more interesting to note is that downloads have been far more seriously affected than physical sales. When it comes to owning something, it seems that far more of us prefer physicality than some files on a drive. Where we’re quite happy for our files to exist in the ether though is with streaming services. These have become an integral part of how we consume music and thanks to their efficient integration into audio equipment, doing so is extremely easy. Even if your existing equipment doesn’t support the streaming service of your choice, the ongoing efforts of some companies to provide a cost effective means of filling in the gaps means it shouldn’t be too hard to sort. What has supported this process of integration and flexibility is that two-channel audio is finally taking advantage of the improvements in interface and control that most other aspects of consumer electronics have been enjoying for several years now. We have had control apps and the like for the better part of a decade now but these have been of distinctly variable quality and many companies have simply not ‘got’ what the creation of a stable and intuitive app entails. It seems faintly ridiculous that the Netflix implementation on a supermarket TV can be better than the control app for a streamer costing many thousands of pounds but that has happened more often than I would really like to acknowledge. The good news is that a quick study of the control interfaces I have used over the last twelve months have shown far more pleasant and intuitive experiences than unpleasant ones. We still have some way to go – I for one would like to see the option of using ‘queue’ functions or not and for Tidal to enforce greater consistency in their embedding – but overall the trend is in the right direction.

Finally, there are more signs that two-channel is carrying out some useful innovations too. This is not a product category that makes a habit of existing on the bleeding edge of technology so compared to the ongoing movement in display technology what they’re up to is rather minor but nevertheless some interesting things are afoot. The appearance of HDMI connections capable of receiving an ARC signal from a device will allow certain two-channel devices like the peerless Naim Uniti Atom to keep challenging the high-end soundbar market. At the other end of the scale, the radical Arcam SR250 remains an intriguing one-off but it is possible that it might be joined by reinforcements in due course. Some elements of the AV receiver are finding their way into two-channel though and finally starting to gain some traction. For a very long time, purists have taken room correction to be an admission of defeat – something that can only make sense in the context of your speaker positioning being off or ‘overloading the room.’ 2017 has continued the slow erosion of this position with affordable devices like the Yamaha RN-803D and… less affordable… devices like the Lyngdorf TDAI-2170 and Linn’s ongoing work with Exakt show exactly how effective a little bit of adjustment can be. At heart, I’m a purist and don’t (currently) use any such system myself but in terms of broadening the appeal of two-channel audio, I think such developments are extremely useful.

In short, there are many positives to how we find two-channel audio in 2017 but we haven’t yet discussed two-channel’s most unlikely success… and its greatest source of structural issues. I went on record (pun intended) in 2016 as saying that the vinyl boom would come to an end sooner or later… and like many other authoritative statements, it has been proved wrong. Vinyl continues to defy objective logic and produce strong sales in terms of both hardware and software. I am an unapologetic fan of the format and in part I am delighted by this but I’m not blind to some of the ongoing issues. The first is that the vinyl hardware market remains disjointed. At the end of the market that we look at for AVForums, the news is universally good. From the superbly thought out Pro-Ject Essential III, via upgrade options like the Rega Planar 6 and Technics SL-1200GR, all the way to high-end masterpieces like the Roksan Xerxes, standalone record players are enjoying an especially purple patch of late. Where the industry still has an issue is the options in converting new arrivals who have bought an all-in-one player from supermarkets, chain stores et all, to standalone products. It is perfectly legitimate to argue that the Essential III is ‘only’ £239 but it needs a selection of supporting equipment to make it work. The gap between a £70 supermarket vinyl all-in-one and a playback option that won’t chew records up at a distressing rate of knots seems unbridgeable.

This is a problem because while my predictions about the ‘end’ of the boom haven’t come to pass as yet, for as long as people are being asked to buy a £20 record to spin on a £60 player – which is placing uncomfortable levels of wear while it does so – the market it doomed to end sooner or later. Any organisation that can move into this gap could be sitting on a goldmine – but they really do need to get their skates on otherwise this influx of people interested in physical media will be lost. The second area is that this last analogue format (and yes, I am aware of the curious fetish around cassette of late but choose to regard that as an anomaly) is that it pulls two-channel audio in opposite directions. The last two years have brought some stunning digital preamps to market and the performance of ‘all digital’ systems has continued to delight. The number of companies that can commit to this sort of system is limited though by the need by them to keep analogue connectivity up and running for vinyl users. Effectively, two-channel audio is being pulled from the present and the 1970s at the same time. It would be akin (and I am aware this is not a perfect metaphor) to 4K TVs needing to retain the ability to work well with VHS alongside 4K Blu Ray.

Despite this, the industry is playing the hand it has been dealt extremely well. As someone that reviews both two-channel and multi-channel product, I find myself far more positive about 2018 with regards to the former rather than the latter. It’s been a long walk back from extinction but two-channel audio should be looking forward to build on a very positive year with another strong showing.

Audio Formats - What Does What and What It All Means