What is Micro LED?

A game changer in more ways than just picture quality 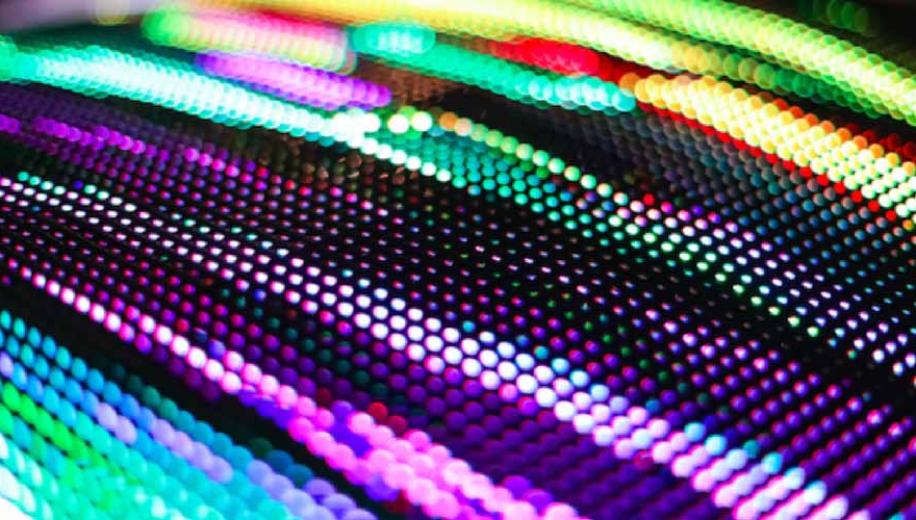 Micro LED was one of the big buzz words at this year's CES, but what is it and why does it matter?
In essence Micro LED (alternatively Micro-LED, MicroLED or µLED - take your pick) is a display technology where each pixel is composed of microscopic red, green and blue LEDs. Micro LED should not be confused with Mini LED, which is essentially a glorified version of a direct LED backlight with multiple dimming zones.

The main advantage of this approach is that unlike an LCD TV with an LED backlight, a Micro LED TV is self-emissive. In that sense it is more like a plasma or OLED TV, and since each pixel is self-emissive that means a Micro LED can deliver absolute blacks in much the same way as those other two technologies.

However, the benefits of Micro LED go beyond simply delivering deep blacks, because the use of LEDs to create each pixel means that it has the strengths of both LCD and OLED but without any of the weaknesses of those two types of TV.

A Micro LED TV can deliver the deep blacks and wide viewing angles associated with OLED, but it can also produce the higher brightness and wider colour gamuts found on LCD TVs with quantum dot LED backlights. Micro LED displays are also very energy efficient, have very fast response times, and since they use inorganic LEDs, there's no danger of image retention or screen burn.

Most industry analysts would agree that Micro LED is the future of TV, because the technology has the ability to embrace all of the new features that a modern Ultra HD TV must support.

In fact, since the light from the LEDs in a Micro LED display aren't passing through an LCD panel first, the technology might be the only way to deliver the full potential of High Dynamic Range (HDR) with a peak brightness of 10,000 nits. Add in quantum dot filters to ensure the purest colours, and Micro LED also has the potential to reach 100% of the Rec.2020 colour gamut.

So if Micro LED is the best of all worlds and the future of TV, why doesn't every TV use this technology? The simple reason is that a Micro LED panel is incredibly hard to make. You have to fit three minute LEDs into every pixel, and on a 4K TV that would equate to over eight million pixels and 24 million LEDs. Such precision is difficult, especially when there is no margin for error unless you want a panel full of dead pixels.

A number of manufacturers have been working on Micro LED TVs, and Sony actually demonstrated what it christened 'Crystal LED' as far back as CES 2012. That technology eventually evolved into CLEDIS (Crystal LED Integrated Structure) which is aimed at large professional displays.

The technology isn't exclusive to Sony, and Samsung launched The Wall at CES 2018, which was a 146" Micro LED display composed of separate modules. Samsung has also applied the technology to its Onyx Cinema LED screens, which are large-venue 4K cinema screens. Not to be outdone, LG was also demonstrating its own large-screen Micro LED display at IFA 2018.

The big problem with manufacturing a 4K Micro LED TV is that the smaller the screen size, the smaller the pixels, and the smaller the LEDs that make up each pixel. However, thanks to technical advancements in the ultra-fine pitch semiconductor packaging process, the gap between the tiny LED chips has been narrowed and manufacturers are now able to create smaller and more home-friendly TVs.

Of all the manufacturers, it is Samsung that is currently most associated with Micro LED. The Korean giant has invested considerable sums in developing the technology for consumer products, and plans to release Micro LED TVs in the near future. It even unveiled a 75-inch Micro LED TV at CES 2019, although there has been no mention of an actual release date.

Samsung has taken an unusual production approach to Micro LED and instead of making an individual panel of a specific size, say 55, 65 or 75 inches, the company has been manufacturing a single module. This has the obvious advantage of improving the viable yields and reducing the production costs because you're only making a single sized panel. Although Samsung hasn't revealed the pixel density of these modules, it does require a number of them to create a single 4K display.

Assuming that Samsung can ensure the joins between the modules aren't visible from a normal viewing distance, and assuming that assembling the modules into a single screen doesn't damage them, this could be a sensible solution to creating a Micro LED TV. The technology still favours larger screen sizes, but given the trend is towards bigger TVs that might not be an issue.

It also opens up some interesting possibilities because the modular design means you can customise your Micro LED display to fit the dimensions of your room, creating a screen of the size, resolution and aspect ratio you require. The technology can also optimise content to match the size and shape of the screen, scaling it to increase the resolution while keeping the pixel density constant.

This opens up a world of possibilities, including using Micro LED as an alternative to a projector, allowing film fans to have a 2.35:1 screen with deep blacks and bright highlights that can genuinely deliver HDR in way that projection simply can't.

You could also imagine a lounge where the entire wall was a Micro LED screen, and you could use certain parts for information like the news, weather or a social media feed, while also watching your favourite TV show on another part of the screen. You could perhaps save the entire screen for watching the big match or a blockbuster movie.

What is TV AI Artificial Intelligence?

What is 8K TV? Everything You Need to Know.