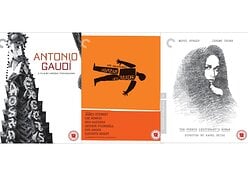 Win a copy of Criterion's March Titles on Blu-ray

Win a copy of Criterion's March Titles on Blu-ray
Competition Discussion
This competition has now ended. The winners will be announced here shortly.
The Criterion Collection and Sony Pictures Home Entertainment are delighted to add three new titles in March 2020 and we are giving YOU a chance to win a copy of ALL of them on Blu-ray™.

Catalan architect ANTONI GAUDÍ (1852–1926) designed some of the world’s most astonishing buildings, interiors, and parks; Japanese director HIROSHI TESHIGAHARA (Woman in the Dunes) constructed some of the most aesthetically audacious films ever made. In Antonio Gaudí, their artistry melds in a unique, enthralling cinematic experience. Less a documentary than a visual poem, Teshigahara’s film takes viewers on a tour of Gaudí’s truly spectacular architecture, including his massive, still-unfinished masterpiece, the Sagrada Família basilica in Barcelona. With camera work as bold and sensual as the curves of his subject’s organic structures, Teshigahara immortalizes Gaudí on film.

Anatomy of a Murder

A virtuoso JAMES STEWART (Vertigo) plays a small-town Michigan lawyer who takes on a difficult case: that of a young Army lieutenant (The Killing of a Chinese Bookie’s BEN GAZZARA) accused of murdering the local tavern owner who he believes raped his wife (Days of Wine and Roses’ LEE REMICK). This gripping, envelope-pushing courtroom potboiler, the most popular film from Hollywood provocateur OTTO PREMINGER (Laura), was groundbreaking for the frankness of its discussion of sex—more than anything else, it is a striking depiction of the power of words. With its outstanding supporting cast— including a young GEORGE C. SCOTT (Patton) as a fiery prosecuting attorney and legendary real-life attorney JOSEPH N. WELCH as the judge—and influential jazz score by DUKE ELLINGTON, Anatomy of a Murder is a Hollywood landmark; it was nominated for seven Oscars, including best picture.

An astounding array of talent came together for the big-screen adaptation of John Fowles’s novel The French Lieutenant’s Woman, a postmodern masterpiece that had been considered unfilmable. With an ingenious script by the Nobel Prize–winning playwright HAROLD PINTER (Betrayal), British New Wave trailblazer KAREL REISZ (Saturday Night and Sunday Morning) transforms Fowles’s tale of scandalous romance into an arresting, hugely entertaining movie about cinema. In Pinter’s reimagining, JEREMY IRONS (Dead Ringers) and MERYL STREEP (Sophie’s Choice) star in parallel narratives, as a Victorian-era gentleman and the social outcast he risks everything to love, and as the contemporary actors cast in those roles and immersed in their own forbidden affair. The French Lieutenant’s Woman, shot by the consummate cinematographer FREDDIE FRANCIS (Glory) and scored by the venerated composer and conductor CARL DAVIS, is a beguiling, intellectually nimble feat of filmmaking, starring a pair of legendary actors in early leading roles.

Watch Criterion's Three Reasons on Anatomy of a Murder:

This competition is open to all eligible AVForums members who are in the Well-Known Member User Group or above, who are not adblocking, and who are subscribed to our newsletter. 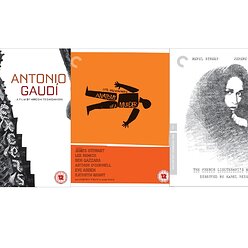