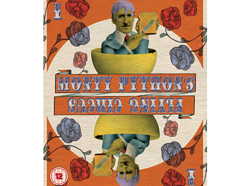 As the Python’s have celebrated a very special birthday Network Distributing are proud to announce Monty Python’s Flying Circus: The Complete Series 1, fully restored in high-definition for the first time!

Previously edited sketches have been returned to their original length while filmed sketch sequences and Terry Gilliam's animations have been newly scanned in High Definition, adding unimaginable depth and clarity to some classic moments. Terry Gilliam recently dropped by the restoration studio to have a look - his excited reaction HERE.

From the archive come genuine rarities including previously unseen studio outtakes and extended versions of filmed sketch material, making this the ultimate in television restoration and a must-have for every generation of Python fan! The Digipak edition features an exclusive packaging design using original Monty Python animation work blessed by Terry Gilliam, and an extensive book on the series’ production history from noted TV historian Andrew Pixley.

Monty Python’s Flying Circus: The Complete Series 1 DigiPak and Standard Blu-ray and DVD editions are released on Monday 4th November and will be followed by:
So it’s time to pre-order your copy now. Nudge nudge! Know what I mean? Say no more...

If you’d rather “av’ the lot” all at once the Limited Edition 50th Anniversary box-set, including all four series and special features, is exclusively available to pre-order from Network, also released Monday 4th November: Monty Python’s Flying Circus Norwegian Blu-ray Edition 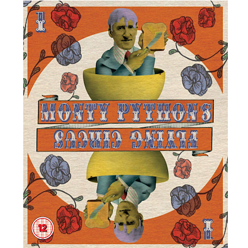