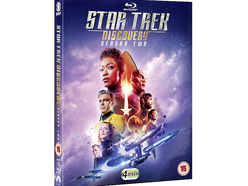 Win a copy of Star Trek: Discovery - Season 2 on Blu-ray

“Certified Fresh” by Rotten Tomatoes, all 14 episodes of the CBS series’ latest season appear with brilliant sound and picture across four discs in both the Blu-ray™ and DVD formats. STAR TREK: DISCOVERY: SEASON TWO Blu-ray™ and DVD will include over two hours of exclusive, captivating special features, plus two episodes of SHORT TREKS that are related to STAR TREK: DISCOVERY: SEASON TWO: “Runaway” featuring Ensign Sylvia Tilly and “The Brightest Star” featuring Commander Saru.


STAR TREK: DISCOVERY: SEASON TWO is out now on Blu-Ray™ and DVD.​
For Movie reviews, news and articles go to the AVForums Movie Hub.

This competition is open to all eligible AVForums members who are in the Active Member User Group or above, and who are subscribed to our newsletter.
Our newsletters contain summaries of the latest news and reviews, competitions, podcasts and exclusive special offers. Subscribe now. You can unsubscribe at any time by changing your preferences. 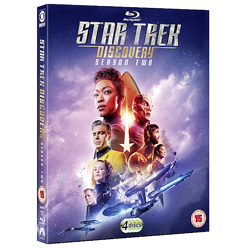