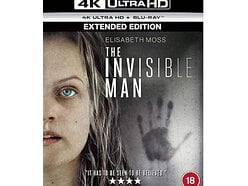 Win a copy of The Invisible Man on 4K

Win a copy of The Invisible Man on 4K
Competition Discussion
This competition has now ended. The lucky winners of this competition are displayed below.
The Invisible Man, an intense, modern-day psychological thriller, becomes available to own for the first time on Digital Download 19th July 2020 and on 4K UHD, Blu-ray™ and DVD 29th June 2020 from Universal Pictures Home Entertainment. To celebrate the release we are giving YOU a chance to win a copy on 4K UHD!

From iconic producer Jason Blum (Halloween, Split, Get Out, Us) and director Leigh Whannell (Saw, Insidious, Upgrade), this psychological thriller modernizes Universal’s shapeshifting, classic monster against a backdrop of an empowered woman facing her tormentor.


THE INVISIBLE MAN follows a modern tale of obsession inspired by Universal’s classic monster character. Cecilia Kass (Elisabeth Moss) slowly begins to rebuild her life after the death of her abusive ex-boyfriend (Oliver Jackson-Cohen). But before long, she begins to question whether or not he is truly gone. In addition to the feature, THE INVISIBLE MAN delivers up twenty minutes of exclusive bonus content, including a chance to better get acquainted with the film’s leading actress: Elisabeth Moss, feature commentary with the writer/director and deleted scenes you won’t want to miss. This is the uncut version of the film, not shown in cinemas.

This competition is open to all eligible AVForums members who are in the Well-Known Member User Group or above, who are not adblocking, and who are subscribed to our newsletter. 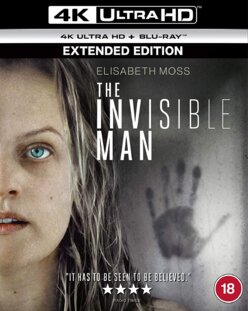