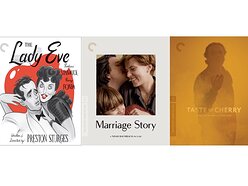 Win copies of Criterion's August Titles on Blu-ray
Competition Discussion
This competition has now ended. The winners will be announced here shortly.
The Criterion Collection and Sony Pictures Home Entertainment are delighted to add three new titles in August 2020 and we are giving YOU a chance to win a copy of ALL of them on Blu-ray™.

BARBARA STANWYCK (Sorry, Wrong Number) sizzles, HENRY FONDA (12 Angry Men) bumbles, and PRESTON STURGES (The Palm Beach Story) runs riot in one of the all-time great screwballs, a pitch-perfect blend of comic zing and woonworthy romance. Aboard a cruise liner sailing up the coast of South America, Stanwyck’s conniving card sharp sets her sights on Fonda’s nerdy snake researcher, who happens to be the heir to a brewery fortune. But when the con artist falls for her mark, her grift becomes a game of hearts—and she is determined to win it all. One in a string of matchless comedic marvels that Sturges wrote, directed, and produced as part of a dazzling 1940s run, this gender-flipped battle-of-wits farce is perhaps his most emotionally satisfying work, tempering its sparkling wit with a streak of tender poignancy supplied by the sensational Stanwyck at her peak.

A love story about divorce. A marriage coming apart and a family coming together. Marriage Story is a hilarious and harrowing, sharply observed, and deeply compassionate film from the acclaimed writer-director NOAH BAUMBACH (The Squid and the Whale). ADAM DRIVER (BlacKkKlansman) and SCARLETT JOHANSSON (Under the Skin) deliver tour-de-force performances as Charlie, a charismatic New York theatre director wedded to his work, and Nicole, an actor who is ready to change her own life. Their hopes for an amicable divorce fade as they are drawn into a system that pits them against each other and forces them to redefine their relationship and their family. Featuring bravura, finely drawn supporting turns from ALAN ALDA (M*A*S*H), RAY LIOTTA (Goodfellas), and LAURA DERN (Certain Women)—who won an Academy Award for her performance here—as the trio of lawyers who preside over the legal battle, Marriage Story (nominated for six Academy Awards, including best picture) is a work of both intimacy and scope that ultimately invokes hope amid the ruins.

The first Iranian film to win the Palme d’Or, this austere, emotionally complex drama by the great ABBAS KIAROSTAMI (Close-up) follows the middle-aged Mr. Badii (The Kite Runner’s HOMAYOUN ERSHADI) as he drives around the hilly outskirts of Tehran looking for someone who will agree to dispose of his body after he commits suicide, a taboo under Islam. Extended conversations with three passengers (a soldier, a seminarian, and a taxidermist) elicit different views of mortality and individual choice. Operating at once as a closely observed, realistic story and a fable populated by archetypal figures, Taste of Cherry challenges the viewer to consider what often goes unexamined in everyday life.

The Criterion Collection and Sony Pictures Home Entertainment present The Lady Eve 10th August, and both Marriage Story and Taste of Cherry 24th August on Blu-ray™ 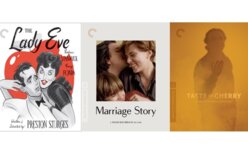