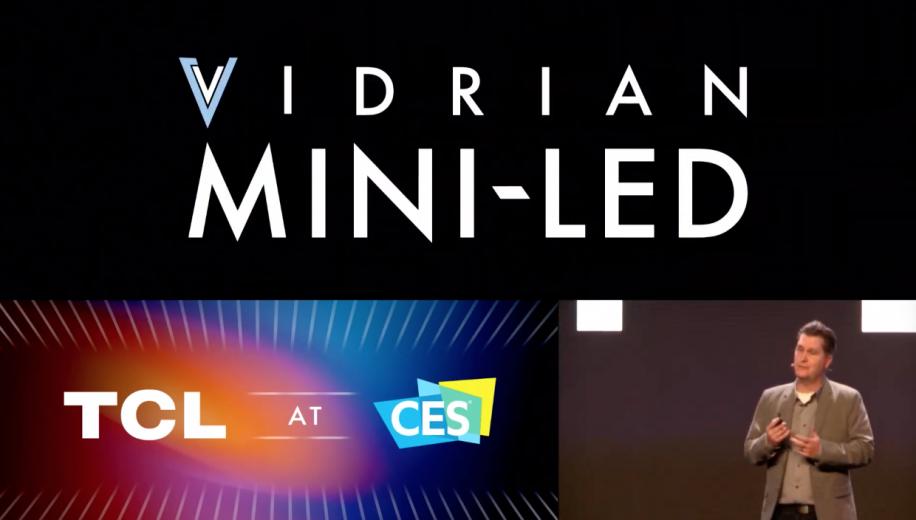 TCL isn't that well know in the UK, where rival Chinese manufacturer Hisense has gained the larger market share. But in the States TCL is huge, in fact, it's the 2nd largest brand in the US overall and the third largest in 55-inch screen sizes and above.

Part of the reason for the company's success has been its partnership with Roku, with TCL's 6 and 8 Series Roku TVs becoming hugely popular on the other side of the pond. Consumers love the simplicity and intuitive nature of the Roku platform and the regular updates and new features. In fact, the recent addition of Roku TV Ready devices like TCL's Alto 9+ soundbar, means you simply connect the two via HDMI-ARC, press a button on the TV remote and you're good to go. It couldn't be easier and ensures that consumers are getting the most out of their TV and soundbar.

This approach has clearly rubbed off on TCL, and the manufacturer shows a pleasing commitment to its Roku TVs by continuing to upgrade them with new features.

For example, TCL will add eARC (Enhanced Audio Return Channel) to some of its 2019 TVs, and it will also add VRR (Variable Refresh Rate) to certain 6 Series screen sizes. The company has also launched an auto calibration feature for its 6 and 8 Series Roku TVs using the IPQ Engine mobile calibration app that runs on iOS and Android smartphones. If that wasn't enough there are even three choices of voice controls using either Roku Voice, Amazon Alexa or Google assistant.

TCL is also introducing a number of features to appeal to gamers, including a very low input lag, ALLM (Auto Low Latency Mode), VRR (Variable Refresh Rate), HGiG (HDR Gaming Interest Group) and 120Hz HDMI support. In fact, the company is so serious about gaming that it's one of the first to include a THX Game Mode.

The company has been a pioneer in the development of quantum dots, and uses the technology in both its 6 and 8 Series TVs. However, the area where TCL has made the biggest technological innovation has been in the development of Mini-LED. This is not to be confused with Micro LED, which has self-emissive pixels composed of microscopic red, green and blue LEDs. Instead, Mini-LED uses an LCD panel and a backlight composed of thousands of LEDs.

Related: What is Micro LED?

TCL believes that Mini-LED makes more sense than Micro LED, which is very expensive. It also believes that competing dual LCD technologies just aren't bright enough and that OLED (which only represents 3% of all TVs sold) suffers from consumer doubts about its long-term performance. The TCL 8 Series was the first model to use this technology, boasting 25,000 LEDs behind the panel and 1,000 dimmable zones.

TCL's new Vidrian Mini-LED technology is the world's first TV backlight with the driving semi-conductor circuitry and tens of thousands of micro-meter class mini-LEDs directly infused in a crystal-clear glass substrate. The result is improved contrast, increased brightness and a more stable long-term performance. TCL also announced that it will be launching an 8K Roku TV that it will be certified by the 8K Association, and when combined with this advanced backlight technology the results will be game-changing.

"Mini-LED backlight technology is critical for delivering powerful contrast performance and TCL is proud to have launched the world's first TV with mini-LED backlight, featuring over 25,000 micro-meter class backlights in the high-performance 2019 8-Series TV here in the US, and different models in other regions, to deliver extraordinary contrast and brilliant clarity," said Chris Larson, Senior Vice President, TCL North America. "Last year's launch of mini-LED backlight technology in TCL TVs disrupted the industry but we certainly aren't stopping there. TCL continues to drive even better performance with this powerful mini-LED innovation and will make mini-LED technology more widely available throughout this year's TCL lineup."

So what do you think? Does Mini-LED make more sense than Micro LED, dual LCD and OLED? Let us know what you think in the discussion thread.
To comment on what you've read here, click the Discussion tab and post a reply.
News Discussion (4)