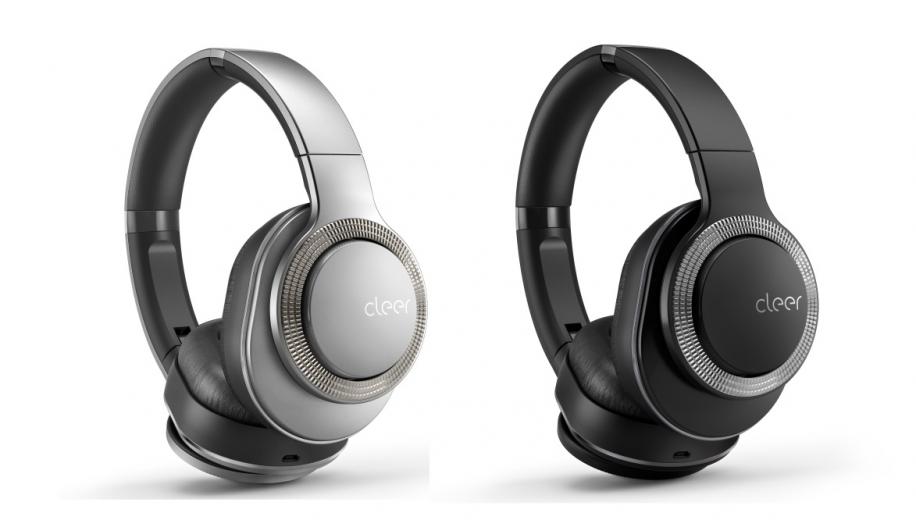 Cleer Audio FLOW Headphones (2019)
SRP: £249.00
Having made some noise in the US, San Diego headphone company, Cleer Audio, are setting their sights on the UK market, releasing the FLOW with up to 20 hours of battery charge and sound isolation described as best in class.
Aimed at music fans on the go, FLOW presents as an over ear, Noise Cancelling, Bluetooth enabled headphone featuring a swivel folding design for easy storage and portability in the included carry case.

Compatible with Hi-Res audio, the FLOW features patented 40mm Ironless drivers which forgo the usual single magnet approach and instead uses a stack of rare earth magnets which allows for even confinement of the magnetic flux within the driver. Cleer claims this leads to a more balanced and dynamic sound that has lower distortion, no matter the listening volume. Cleer’s development team boasts experienced members of the audio sector and their take on active noise cancelling technology is called Hybrid ANC. Each earcup has its own ANC chip and two microphones working in unison. This approach enables FLOW to dampen a broad range of frequencies, correct processing errors and is also not overly sensitive to listeners’ head movements. According to Cleer, Hybrid ANC blocks out 99.5% of ambient noise.

Allowing those suppressed sounds back in when needed is simply a case of activating Ambient Noise mode by pushing a button that causes the microphones to channel the external sound through to the listener. Therefore switching between musical isolation and environmental awareness is only a click away.

Removing the headphones puts them in Auto-pause mode, so you won't lose your place in the music and swipe-responsive controls on the earcups allow for control of the listening material and incoming phone calls.

Cleer reports that a single battery charge will return up to 20 hours of wireless, ANC supported listening. Available in silver or black, each pair also comes with interchangeable rings to customise their look to suit your mood.

Already available in the US for $249, the Cleer Audio FLOW headphone will be available from Harrods and Selfridges in June, priced £249.