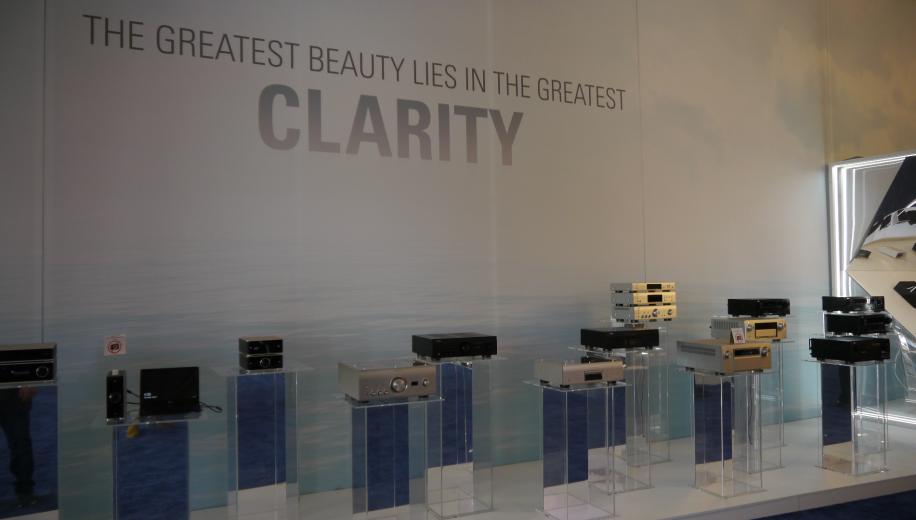 Denon, who now form part of the Sound United group along with Marantz, Polk and Definitive Technology, are consolidating their AV receivers this year by adding key features to more models.
This means that all their X Series AV Receivers will support Denon’s HEOS multi-room system right out of the box. The HEOS module is also faster and more efficient compared to the one used in last year’s models. The 2017 X Series will also support Hybrid Log-Gamma (HLG) and Dolby Vision thanks to a firmware update in the autumn. If that wasn’t enough there’s also support for the Audyssey App (available for a small fee), so even the entry level AVR-X1400H will have an impressive feature set for a receiver at it’s price point.

The good news doesn’t stop there, with Denon also adding eARC support to the X3400H and above via a firmware update in the autumn. This means Denon’s mid-range receivers will be able to take advantage of enhanced ARC (Audio Return Channel) and pass Dolby TrueHD and DTS-HD Master Audio via ARC. The X4400H and above will even include Auro-3D support right out of the box at no extra charge, which is great news as previously you had to pay an additional fee for Auro-3D on the receivers which supported that format. Naturally all the 2017 X Series receivers will support Dolby Atmos and DTS:X as standard.

The only disappointment is that we’ll have to wait a bit longer for a new flagship AV product to replace the excellent AVR-X7200WA. There is one coming but it won’t be launched until the spring of next year, although interestingly it will be an AV amplifier rather than receiver, so no AM/FM tuner, and it will include 13 channels of amplification. So what are Denon launching this year? Well kicking off with the entry-level model we have the AVR-X1400H which retails for £429 and will be available in June. Although just because it’s the entry level model that doesn’t mean you aren't getting a fully loaded AV Receiver. The X1400H has 7 channels of built-in amplification with 145W per a channel. It also has a new 32-bit DAC, along with built-in HEOS and Spotify Connect. There’s Dolby Atmos and DTS:X support, as well as built-in WiFi, Bluetooth and DSD up to 5.6MHz. There are 8 HDMI inputs and an output which, along with 4K 60p, High Dynamic Range (HDR 10), Wide Colour Gamut and HDCP 2.2, will also support Hybrid Log-Gamma (HLG) and Dolby Vision thanks to a firmware update in the autumn. Finally the X1400H supports Audyssey MultEQ XT along with the Audyssey App, making it a very impressive AV Receiver for the money. The next receiver in the line-up is the AVR-X2400H which includes all the features of the X1400H but adds increased amplification with 150W for each of its seven channels and two HDMI outputs. The X2400H will be available in June for a suggested price of £499. Then there’s the AVR-X3400H which increases the amplification to 180W for each of the 7 channels, as well as 3 HDMI outputs and Denon will add eARC support via a firmware update in the autumn. It also has Audyssey MultEQ XT32 with Sub EQ, Audyssey LFC and support for the Audyssey App. The X3400H arrives in August and will set you back around £899. Moving on to the higher models in the range we have the AVR-X4400H which adds two extra channels of built-in amplification with nine channels in total, all of which deliver 200W per a channel. There’s also 11.2-channels of processing, along with DDSC-HD and AL32 multi-channel processing. The X4400H includes bass synchronisation technology that was first introduced on the X7200, built-in Auro-3D support and it will also add eARC via a firmware update in the autumn. The X4400H will be available in September for a price of £1,299. Last but by no means least there’s the AVR-X6400H which includes all the features mentioned so far but has 11-channels of amplification built-in with 205W per a channel. There’s a 5.1 bi-amping mode, along with 13.2-channels of processing and 13.2-channel outputs. The X6400H has a suggested retail price of £2,099 and will be available in September. All of Denon’s AV Receivers are available in black and the X4400H and X6400H also offer the option of silver. Although Denon are best known for their AV receivers, they also have their Design Series which combines a compact size, high quality materials and powerful digital amplifier. Introduced this year is the DCD-100 CD player which was introduced after listening to customer feedback. This new player uses a slot mechanism and includes WMA and MP3 support along with a 192kHz/32-bit DAC, analogue and digital outputs, remote control, a 3mm think aluminium cabinet, an acrylic front and an OLED display. The DCD-100, which has been designed to be used with Denon’s existing DRA-100 network receiver, will be available in September for £499. There is also the PMA60 digital amplifier with two-channels at 50W per a channel, AL32 Processing Plus, optical and coaxial digital inputs and a headphone output. There’s Bluetooth support (aptX and NFC) along with a USB-B input that supports 384/32 and DSD11.2 high res audio. The PMA60 offers the choice of horizontal or vertical installation and an OLED screen that rotates automatically. The PMA60 hits stores in September at a suggested price of £499. The cheaper PMA30 offers many of the same features but drops the USB-B inout and has 40W per a channel. The PMA30 will also be available in September at a retail price of £339. Finally Denon’s M Series has reached its eleventh generation and the new D-M41DAB will arrive in June with a choice of the unit itself at £279 or with the SC-M41 speakers for £379. The D-M41 adds Bluetooth support, a newly designed discrete analogue amplifier and upgraded construction and components. The stereo D-M41DAB has 30W per a channel built-in, a headphone amp with a gain control, a 384kHz/32-bit DAC and the option to turn the Bluetooth off for the highest quality sound performance. There’s also a CD drive, two optical inputs, FM/DAB tuners and a subwoofer pre-out. Our only criticism of both Design and M Series is that Denon haven't included HEOS support yet, despite their stated aim of including the multi-room system on over 70 products this year. It would seem like an ideal fit for both the Design and M Series but we believe that HEOS will most likely be added to next year's models.
To comment on what you've read here, click the Discussion tab and post a reply.
News Discussion (89)