From Bambi to Black Panther 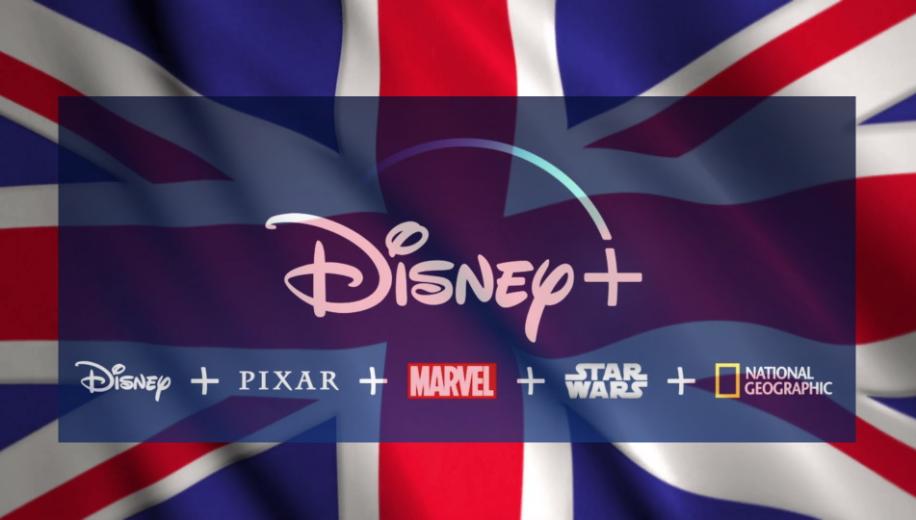 Disney Plus has felt like an itch that couldn’t be scratched for UK TV and movie fans ever since it officially launched in the US on Nov 12 2019. Now though, the streaming service has finally rolled out in the UK and fans of the MCU, Pixar and Star Wars can scratch away.

Disney’s reclamation and distribution of its most valuable and popular properties signals the de facto escalation of the competition in the VOD streaming sector. AppleTV+ may have the potential reach but it’s Disney+’s treasure trove of beloved content that will surely entice UK and European consumers, even though the introductory offer of £49.99 for a year’s subscription is over and the cost is back to an annual £59.99 (or £5.99 per month).

Launching in an number of countries with beleaguered coronavirus stricken populations such as Ireland, Germany, Italy, Spain, Austria and Switzerland (France’s debut has been put back for two more weeks), the European rollout has been somewhat overshadowed by the announcement of a 30 day (for now) reduction of allocated streaming bandwidth as the company bows to requests from EU Commissioner Thierry Breton for streaming services in Europe to reduce the strain on data networks during the coronavirus crisis.

With the work/stay at home and self-isolating policies that have been introduced as a response to Covid-19, the launch means that a valuable additional string has been added to the VOD bow just in time to deliver family favorite entertainment to help stave off boredom.

A plethora of Disney classics are available all the way from Bambi to The Little Mermaid and beyond. In addition a number of films that were acquired when Disney took control of 20th Century Fox are also expected to air including the likes of Mrs Doubtfire, Avatar and The X-Men series of superhero films.

Part of the appeal of Disney+ is not just the fan favorite back catalogue of film and TV shows but also future projects which promise to continue to weave connective (built not necessarily essential) narrative throughout many projects such as The Mandalorian in the Star Wars universe and a number of TV series that expand upon a host of MCU characters.

Though the launch now puts these TV shows, including The Falcon and The Winter Soldier, Loki and WandaVision within tantalising reach of UK viewers, most of the productions have been put on hold during the Covid-19 pandemic.

Even with these delays however, the vault of Disney content is more than enough to see subscribers through and there are new launch titles including Frozen 2 (available early in light of the coronavirus outbreak), a reworking of Lady and the Tramp, Togo - a tale of Alaskan survival starring Willem Dafoe - and High School Musical: The Musical: The Series. There’re also more episodes of the Star Wars spin-off, The Clone Wars, a series of Pixar shorts, Forky Asks a Question, based on the character from the most recent Toy Story movie and National Geographic’s The World According to Jeff Goldblum.

And don’t forget there will be season’s 1-29 of The Simpsons with Season 30 coming later in the year.

Entering a crowded streaming market (which will only get more crowded - no social distancing going on here!) Disney Plus’s monthly fee of £5.99 compares favourably to competitors such as Netflix (£8.99 is the closest tier), Amazon (£7.99 per month), BritBox (£5.99 per month) and Apple TV+ (£4.99 per month).

Disney+’s subscription enables 10 devices to be registered for use, 7 user profiles and up to 4 simultaneous streams, so it’s clearly aimed at families wanting to watch a wide variety of content at the same time. Downloads are also available so content can be viewed later over a 30 day period.

The Disney+ app is available for most Apple devices, Android TV /devices, most Amazon devices, Google Chromecast, a range of smart TVs from LG, Samsung and Sony, Roku devices, PS4, Xbox One and desktop browsers.

Due to a multi year deal, it will also be available through Sky Q and NOW TV (coming shortly) but there’s been no announcement Disney Plus coming to Virgin Media.

Now that Disney+ is here, why not drop into the discussion thread and let everyone know what the first thing you watched was? We’re guessing, The Mandalorian!