Teething problems spoil Disney Plus launch for some fans 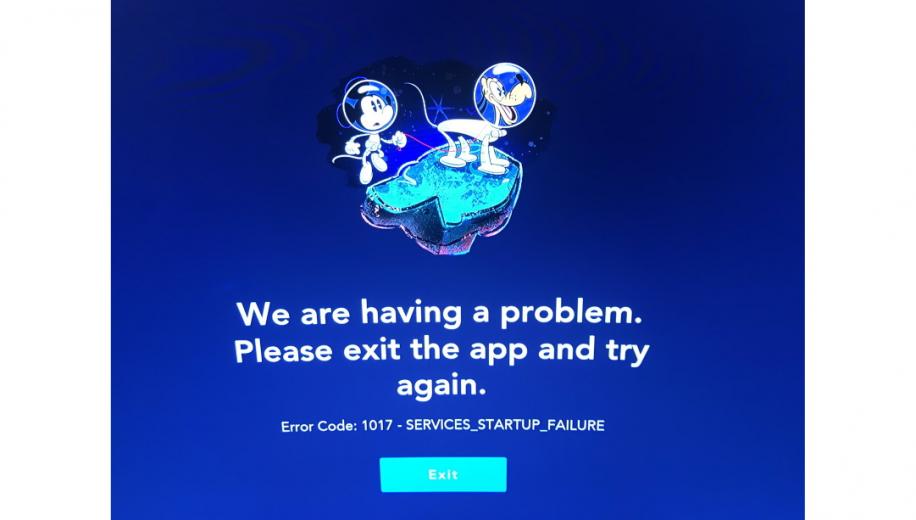 The long awaited launch of Disney’s streaming service has reportedly faced a few technical wobbles as impatient fans rush to sign up.

It shouldn’t be a surprise really, Disney+ has been feverishly awaited since the launch date announcement back in April, so a stampede to sign up and get a first look at The Mandalorian, among other firm favourite films and TV shows was inevitable among keen first-adopters.

However, the Hollywood Reporter has documented a surge in frustrated subscribers taking to Twitter to point out a range of problems accessing the service and some of its features around 7am New York time. This was closely followed by Downdetector.com registering 6,900 complaints about the service around 7:30 ET. People mentioned problems signing up, logging in and streaming, with the issues occurring in all the launch territories of the US, Canada and The Netherlands.

THR listed some of the comments that appeared on Twitter with examples including;

"Appears that the 'login' button does nothing at the moment,"

"Still offline in Va. sigh! Got to see about 10 minutes of the Mandolorian. Rats!"

"#DisneyPlus is experiencing a server outage already hasnt even been "officially" out for little more than an hour was working fine when it wasnt out yet (3 a.m. when I watched mandalorian) very disappointing I'd expect better from #Disney."

Other users urged a more patient approach given the fact that the service was still launching.

Disney has not yet commented but it could be argued that the company has had over two years to prepare for this (Disney chairman and CEO Bob Iger made his decision to back the streaming strategy in June 2017). On the technical side, they also invested over $1.5 billion to gain control of BamTech, a Manhattan-based streaming media specialist that had previously helped US broadcaster HBO set up its streaming services. Taking this into account, any reports of technical issues could be seen as a disappointment.

However, once the technical teething problems are behind them, fans in the US, Canada and The Netherlands can look forward to nearly 500 films and 7,500 TV episodes before Australia, New Zealand and Puerto Rico join them on Nov. 19th.

The U.K., France, Germany, Italy, Spain, and "a number of other countries in the region” will get to see the much-anticipated streaming service on March 31st 2020.

Bob Iger said in a press release "The launch of Disney+ is a historic moment for our company that marks a new era of innovation and creativity.” He added, "Disney+ provides an exceptional entertainment experience, showcasing our library of beloved movies, TV series and exclusive original content from Disney, Pixar, Marvel, Star Wars and National Geographic.”

What do AVForum readers make of the opening glitches? Entirely foreseeable and preventable or just one of those things that always affects a brand new undertaking?