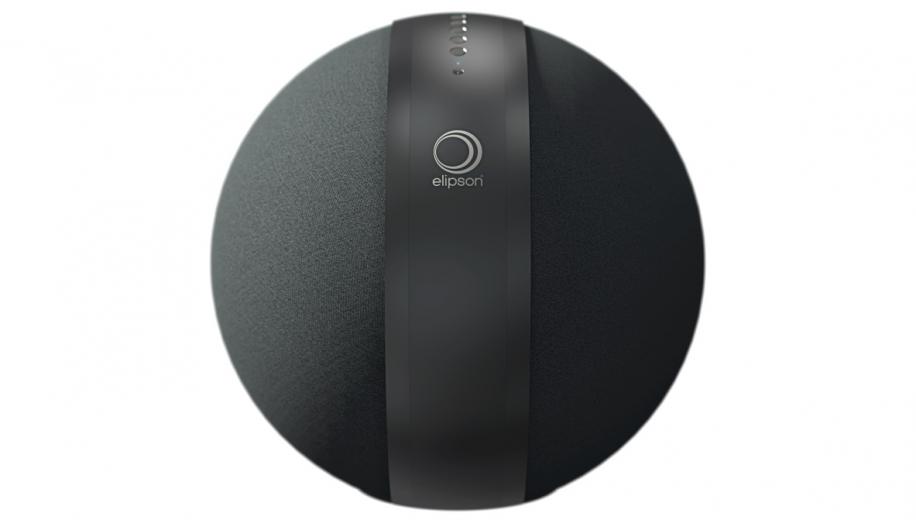 France’s oldest manufacturer of Hi-Fi installations is also one of its proudest innovators and the latest addition to its Planet series of speakers, the W35, exemplifies their focus on design as an enhancement to the audio experience.

Elipson’s W35 speaker is the culmination of a 3-year R&D project into omni-directional audio from a spherical shaped loudspeaker. The result is a loudspeaker that features performance, functionality and aesthetic design.

The 350 mm diameter sphere packs in the modern audio technology now expected by consumers and features HD wireless technologies as well as wired inputs to enable access to a range of music sources, all of which can tap into the 350W RMS of power.

Wireless and Bluetooth connectivity allow access to music stored locally on NAS drives or laptops, smartphones and other compatible devices. While Elipson’s app enables full operation using an iOS or Android smartphone or tablet and full access to over 15,000 internet radio stations or the millions of tracks streamed from supported services such as Spotify Connect, Deezer, Qobuz, Tidal and Napster

The app also facilitates multi-room setup whereby multiple W35 speakers can provide music throughout the entire home, operating in concert to deliver the same song or separately for individual listeners in different rooms.
As well as the app, control is also possible via the included remote control or via an Amazon Alexa device.

Linking up wired sources to the W35 is possible via the optical and 3.5mm AUX input so TVs, games consoles and analogue devices can all have their sound boosted by the spherical speaker.

The W35 can be placed in a variety of positions around a room using a range of mounting options including a tripod stand, a column stand and wall/ceiling mounts. Of course, it can also simply be placed on a flat surface such as a table or shelf.
Planet W35 Basic Technical Specifications:

The new Planet W35 wireless speaker will be available in the UK later in November and is available in charcoal grey at an SRP of £799 each.


If you're looking for something a little more eye-catching to add to your Hi-Fi set up, would you consider these mini Death Stars from Elipson? Let us know in the discussion thread.