Filmmaker Mode supported by LG, Panasonic and Vizio at CES 2020

Cameron, Nolan and Scorsese want you to see their authentic vision 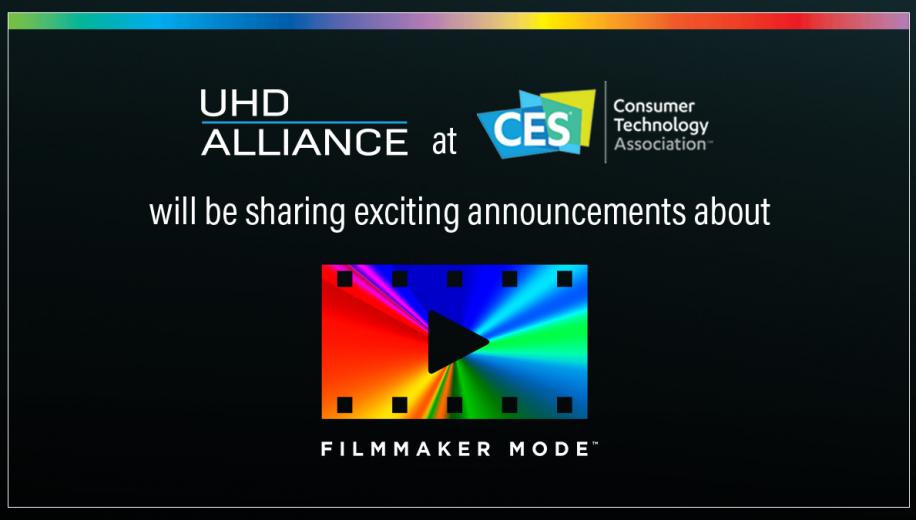 Filmmaker Mode was announced back in August 2019 and the body behind it, the UHD Alliance, is teasing a further announcement at CES2020.

Launched earlier in 2019 by a bevy of Hollywood A list directors and with much fanfare, Filmmaker Mode was proclaimed as a means to experience content as directors and creative producers originally intended, providing it was viewed on a compatible TV.

Now, a short tweet from the UHD Alliance’s Twitter feed has promised some upcoming news about Filmmaker Mode at CES 2020.

There’s no indication what this might be but a re-launch at CES 2020 would allow TV manufacturers who have partnered with the UHD Alliance and intend to provide Filmmaker Mode as an option on their upcoming 2020 TVs to be able to market these new ranges as having this as a feature.

The UHD Alliance webpage, www.experienceUHD.com, already has LG, Panasonic and Vizio listed as launch partners with Panasonic quick off the mark to announce their intention to support the mode back in September.

The idea behind Filmmaker Mode is to provide a level playing field for content to be seen in the way it was filmed and mastered without having any of the various settings available on a modern TV interfere with that vision. Filmmaker Mode is a setting on the TV which will bypass these settings allowing the content to be displayed in the correct aspect ratio with the correct colour timing and frame rate.

The original press release indicated that Filmmaker Mode could be automatically engaged using metadata in the data stream or accessed via a button push on the remote, leaving the choice to the viewer.

What do TV fans think of Filmmaker Mode as an idea? Do you want the flexibility or watch film and TV as you prefer, regardless of whether it matches up to the creator’s intent or is this a great idea to see the story in the most authentic way possible? Let us know in the discussion thread.