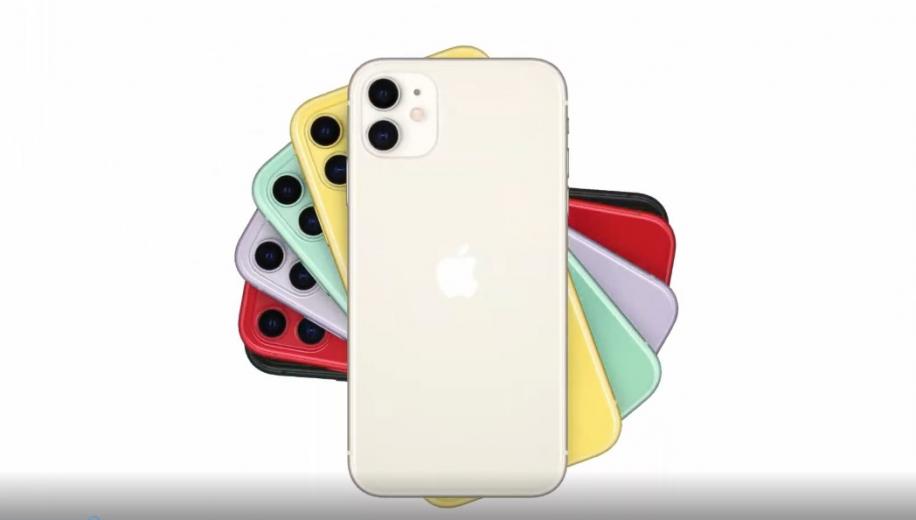 Staged at the Steve Jobs Theatre at their Cupertino HQ, Apple’s traditional September launch of its new and updated products is with us once again and amongst the hardware announcements were the latest iPhone 11 handsets, numerous Apple Watch Series 5 models and an updated 7th generation iPad.
Bedevilled by numerous leaks - though what phone isn’t these days - there were no real surprises on the iPhone front but at least we know what to call them now.

Starting with the successor to last years XR, which was the company’s most successful iPhone ever, the iPhone 11 features a 6.1-inch liquid retina display, an anodised aluminium and glass body and 6 colours including a new purple, white, yellow, black, green and red.

To add to the feeling of immersion, Dolby Atmos is supported along with spatial audio which uses an Apple designed virtualiser to create an audio sound field around the listener.

There’s a dual camera setup which features the ability to swap between the normal 26mm f1.8 wide lens and the 120° field of view ultra wide-angle lens. Switching between both views is the equivalent of a 2x optical zoom and is great for both landscapes and also tight spaces where the ultra-wide lens lets you get more in frame without having to back away from the subject. New processing called semantic rendering, lets the camera more intelligently detect subjects and relight them with detail for a more optimised image and since there are two cameras, the Portrait mode allows for shots with varying depth of field effects. There is also a Monochrome mode and Night Mode for low light shots. Next gen Smart HDR is used to treat highlights with improved tone mapping.

The front-facing TrueDepth selfie camera has been updated to a 12MP sensor which kicks in when taking a landscape shot and, like the rear cameras, it can shoot video in 4K resolution up to 60fps and features slow motion. Both cameras can shoot using Extended Dynamic Range but this causes the front camera to drop to 30fps in 4K. Even though Apple’s current A12 processor still packs a punch among today’s smart phones, the new A13 Bionic processor found in all the announced phones kicks it all up a notch with improvements in the speed of the CPU, GPU and Neural Engine and will certainly help give a smooth gaming experience for those who take out an Arcade subscription.

Other features include an extra hour's worth of battery life over the XR, IP68 water and dust resistance, Wi-Fi 6 compatibility and wireless charging.

The first iPhone to bear the ‘Pro‘ distinction, the handsets are constructed from surgical grade stainless steel and a single machined block of glass. It comes in Midnight Green, Space Grey, Silver and Gold. The display is a new Super Retina XDR OLED display in 5.8-inches for the iPhone 11 Pro and 6.5-inches for the iPhone 11 Pro Max and features the highest pixel density of any iPhone screen. The display covers DCI-P3 wide colour gamut, has a 2,000,000:1 contrast ratio and reaches 1200 nits brightness. As with the iPhone 11, the handsets are powered by the A13 Bionic processor which has optimisations to run at 15% greater efficiency than its predecessor yet still manage over one trillion processes per second.

Battery life is improved with the 11 Pro managing 4 more hours over 2018’s XS while the 11 Pro Max can stretch that to 5 extra hours.

Apart from the screen, the biggest departure from the iPhone 11 is the camera array which features a triple-lens setup. This consists of a 12MP wide lens, a 12MP telephoto lens and a 12MP ultra wide-angle lens. When working together, the optical zoom is the equivalent of 4X and a new Deep Fusion process takes 9 shots per image and uses machine learning to enhance detail and reduce noise. Deep Fusion will be available in a future software update, so clearly isn’t ready just yet! All three rear cameras can shoot in 4K at 60fps using Extended Dynamic Range and an upcoming app called FiLMiC Pro enables professional style multiple camera feeds from each of the cameras (including the front selfie lens) on a single shot with the ability to switch between them on the fly.

All three iPhone 11 handsets are available for preorder from 5am Pacific Time on the 13th Sep with shipping commencing a week later on the 20th Sep.

For the first time, Apple is allowing iPhone trade-ins and also monthly payments and they have also dropped the price of the XR to $599 and the iPhone 8 to $499.

The popular 9.7-inch iPad has undergone a complete revamp and now comes in as a seventh generation iteration, powered by the A10 Fusion chip and featuring a 10.2-inch retina screen with 3.5 million pixels. The optional full sized smart keyboard/cover can connect to the iPad via the included smart connector.

Apple has introduced iPadOS, an operating system built on the foundation of iOS but enhanced to take advantage of the larger screen functionality that iPads offer. Among the features the new operating system affords the iPad is a redesigned home screen, working with multiple apps using slideover or fanning techniques, and better integration with the Apple Pencil. In addition, it’s also easier to browse SD cards and thumbdrives, there’s full image and video editing tools and the Apple Pencil can perform screen grabs, including pages that extend beyond the screen, as pdfs. Plus, the iPad enclosure is made from 100 percent recycled aluminium.

The 7th gen iPad starts at $329 and can be ordered now, with shipping commencing on September 30th.

Featuring a new ‘Always-On’ Retina Display that is visible at all times means information displayed on the screen is never missed as it could be on older Apple Watches where the screen goes dark when the wrist is lowered.

The low temperature polysilicone oxide display (LTPO) enables refresh rates between 1 and 60Hz. This power efficiency, along with an ambient light sensor and other power management tools is reflected in a battery life that remains at around 18 hours despite the display now being on all the time.

A new built-in compass works with the updated Maps app and can show direction, elevation, latitude, longitude and incline. Safety measures have been improved too, so international emergency calling is included for over 150 countries in every cellular Series 5 model - you don't even need your iPhone.

The range of case finishes for the Series 5 watches is the largest Apple has ever offered and once again features 100 percent recycled aluminium, stainless steel, ceramic and for the first time brushed titanium.

Series 5 GPS models start from $399, while cellular models will start from $499. Orders are being taken now with shipping starting on September 20th.

Additionally, Apple are keeping the popular Watch Series 3 and reducing the price of this to $199.