In the frame for an HDR update 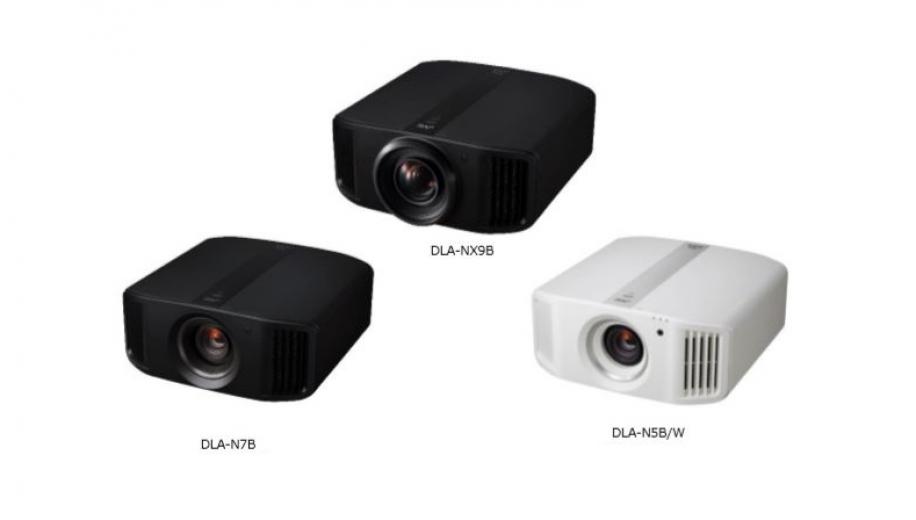 If you’re the owner of one of the following JVC projectors, DLA-NX9B, DLA-N7B and DLA-N5B/W, you’ll soon be getting a boost in performance thanks to a free firmware update.
This upgrade adds the new "Frame Adapt HDR" function, which analyzes the brightness of the HDR10 content frame by frame and performs the optimal adjustment to achieve what JVC is calling, its best ever HDR performance.

Product Plan Intention
HDR content has come to be enjoyed with various contents such as UHD Blu-ray Disc and streaming services. On the other hand, the contents’ grading varies greatly depending on the video content. Some contents are adjusted to be bright and some are adjusted to be dark. If you do not adjust to the correct image setting, you cannot see the appropriate image.

JVC quickly noticed this difference and provided various solutions to improve the projectors’ HDR projection ability such as the "Manual gamma adjustment" function that can finely adjust the brightness, "Auto Tone Mapping" function which automatically adjusts the setting based on the mastering information (MaxCLL / FALL) included in the content, and also collaboration with Panasonic Corporation’s DP-UB9000.

The newly added "Frame Adapt HDR" instantly analyzes the peak brightness which differs for each scene and frame of content, using JVC’s original algorithm. It will automatically adjust to the dynamic range that is most suitable for projection with the projector. In addition, even content without mastering information can be analyzed based on the input signal, so you can view any HDR10 content at its optimal image quality.

Features of New Function "Frame Adapt HDR”
1. Realizes images most closest to the reality seen by human eyes.
The maximum brightness of each frame of HDR10 content is analyzed instantaneously by a unique algorithm, and the dynamic range is adjusted in real time for optimal image projection. At the same time, it analyzes the saturation, hue, and brightness of the video data and performs optimal correction which reduces colour loss.

As a result, even in the same content, darker scenes have deeper blacks, and bright scenes have higher peak brightness without losing colour, reproducing images close to the reality seen by the human eye, which has been difficult for conventional projectors.

2. Compatible with any HDR 10 content
The “Frame Adapt HDR” function makes adjustments based on analysis of the input HDR10 signal. Therefore it can be effective not only for contents with mastering information but also for contents without mastering information. As a result, you can enjoy all the HDR10 content with the most dynamic and high quality you have never seen before.

3. Smooth gradation with 18-bit level gamma accuracy
The gamma processing accuracy, which has been done in the past for 12-bit equivalent, has been improved to 18-bit and the gradation performance has dramatically improved. It reduces the banding effect in the bright part and the crushing of the dark part, reproducing accurate, smooth gradation which has been a task for HDR content.

Overview of version upgrade
Firmware release date: November 2019
Supported products: "DLA-NX9B" "DLA-N7B" "DLA-N5B/W"
Content: Free of charge firmware "Version 3.01" for the supported models
How to upgrade: Upgrade is possible with the file downloaded from the following JVC Global support page:
Note: The "Pin cushion correction" function cannot be used after executing this upgrade. Please refer to the explanation on the download site for details.


Aside from a small amount of confusion over the release date being either October or November, are there any JVC projector owners who feel this update can’t come soon enough? Or has your projector’s HDR performance been decent regardless? Pop into the discussion thread to see what difference owners think the update will make.