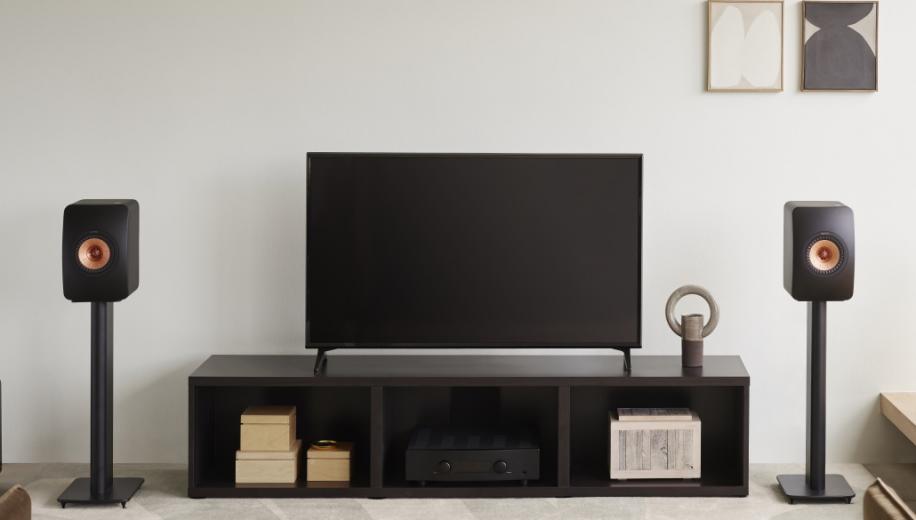 KEF presents the LS50 Meta speaker, the first in the world to use the innovative Metamaterial Absorption Technology (MAT).

KEF’s 50th anniversary speaker, the LS50, is getting quite the makeover with not one but two new iterations. There’s the LS50 Wireless II which delivers a fully active wireless stereo speaker system and the LS50 Meta which sees the first application of Metamaterial Absorption Technology (MAT) in a loudspeaker design.

The remastered LS50, which features a number of new features as well as MAT, is the result of a joint development initiative between KEF and the Acoustic Metamaterials Group. The resulting MAT synthetic material has the capacity to absorb 99% of the unwanted sound radiating from the rear of the driver, reducing distortion and enabling the prevention of ‘audio distraction’.

This increase in absorption in unwanted sound from a typical 60-percent in current solutions to a near total 99-percent is due to MAT’s highly complex maze-like structure, where each of the intricate channels efficiently absorbs a range of specific frequencies. KEF explains that when combined, all the channels act as an ‘acoustic black hole’. This elimination of high-frequency distortion from the rear of the driver delivers a more natural sound.

The LS50 Meta also benefits from a specially designed 12th generation Uni-Q driver array with MAT that features new and enhanced features continued from work started with the KEF R series speakers. Among these new improvements are a new cone neck decoupler and motor system which help to disperse sound evenly around the room for the same soundscape and deeper bass whatever your listening position.

Other enhancements include an off-set flexible bass port to reduce midrange colouration and retain high levels of depth and detail, along with a low diffraction curved baffle and rigid cross bracing with constrained layer damping. This Finite Element Analysis (FEA) designed cabinet features the distinctive curved front of the LS50 and an improved back panel with recessed port and speaker terminals.

The LS50 Meta will be available in 4 matte finishes; Carbon Black, Titanium Grey, Mineral White as well as a Royal Blue Special Edition and are matched by the new S2 Floor Stands which have been designed in conjunction with the LS50 Meta.

The S2 Floor Stand has a specially designed top plate, dampening base plates, integrated cable management and hollow support column that can be filled with an inert material for even more reduced colouration.

The LS50 Meta speaker and S2 Floor Stands are available in September priced £1,000 and £400 respectively.