What will a half year delay in OLED panel supply mean for consumers? 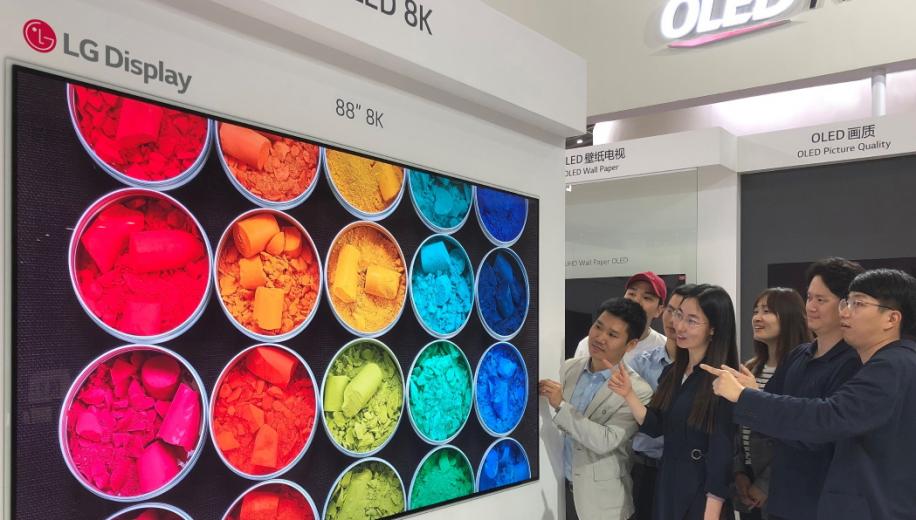 Despite an upbeat assessment a month ago, LG Display is still not meeting its OLED panel production targets.

Getting a new enterprise off the ground, especially an enormous undertaking such as a fabrication plant to manufacture displays to a global customer base, is bound to be fraught with setbacks and delays as the production process is fine tuned and brought up to speed.

LG Display’s Guangzhou plant in China was to have been up and running at capacity by the end of last year but yield issues pushed that back until Q1 of 2020. Comments made at CES seemed to indicate that this has all been addressed and further reports last month suggested that the factory could be ramping up production by the end of February.

Now, related industry sources are reported to have stated that as the February deadline approaches, there's been no official announcement that the plant will commence full scale production yet.

According to these sources “the plant has been running test operations for seven months since it stopped mass production with production yields lower than a desired level.”

The knock on effect has been a supply of OLED panels only about half of what was forecast. The original monthly numbers were expected to be in the region of 130,000 glass plates - consisting of 70,000 units from LG Display’s domestic based Paju plant and and an expected 60,000 units from Guangzhou. This total though remains at 70,000 per month and, despite the Paju plant operating at full capacity, LG Display cannot meet the demand from global TV manufacturers and concerns in the industry are emerging over supply disruptions. This is made all the more challenging since the glass plates produced at Guangzhou would be able to supply three 65-inch panels and two 55-inch panels reflecting the consumer’s appetite for larger screens.

As LG Display struggles to meet its Q1 production goal - effectively giving itself a March 31st deadline, a further element could come into play which will only exacerbate the situation and that is the presence of the Covid-19 virus in China.

Although currently directly unaffected by the outbreak, there has been a delay in sending over some of the Korean engineers due to operate at the plant and a further delay into Q2 could start to have an impact on LG Display’s larger customers such as LG Electronics who is readying its 2020 lineup of OLED TVs after their launch at CES.

Additionally, as OLED TVs feature more heavily in a growing number of global TV suppliers such as Vizio, Xiaomi and Sharp, as well as many other more established players who have adopted large OLED panels such as Panasonic and Philips, LG Display could find supplying them all an uphill struggle.

The forecast for total OLED TV sales in 2020 was 5 million units, this has been lowered by global industry market researcher IHS Markit down to 4.5 million units.

What do readers think about this target reduction? Do you think it wiIl it keep OLED prices high just as consumers were hoping for a lowering of prices? Let us know what you think.