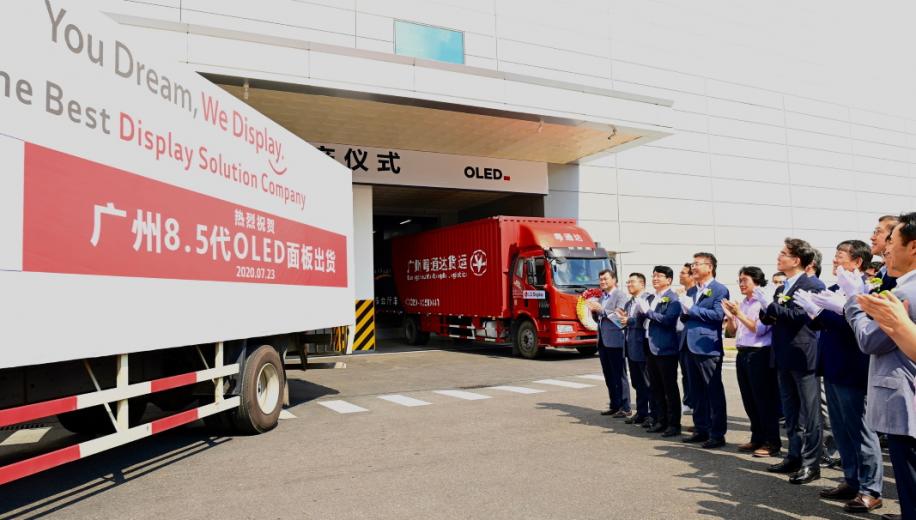 After a series of production setbacks, LG’s much vaunted Guangzhou OLED panel manufacturing plant announces the start of its mass production programme.

There have been plenty of news stories reporting the numerous hold ups to the start of manufacturing at LG Display’s new OLED factory in the Chinese city of Guangzhou, not least yield issues and of course the difficulties imposed by the current pandemic.

However, almost a year after the 8.5th generation production complex opened its doors, bosses at LG Display have held an official ceremony to mark the start of capacity production.

This means that Guangzhou will now reach its original opening target of 60,000 sheets per month and it's from these 2,200mm x 2,500mm sheets that the company’s 48-inch, 55-inch, 65-inch, and 77-inch OLED panels will be cut and sent on to its clients, who now number 19 global TV brands and rising.

LG Display now has two major OLED production bases, the other being its Paju plant in South Korea which already produces 70,000 monthly sheets, so the expected monthly total is 130,000 which is expected to rise to 160,000 when Guangzhou really pulls out the stops to reach its projected monthly turn over of 90,000 sheets.

The development is significant for LG Display who stated in 2019 that its aim was to reach 10 million OLED panels per year by 2022, a target that is now only 18 months away. Getting Guangzhou fully operational has always been a crucial element of that objective.

Profitability is expected to improve as the company secures an economy of scale with the production capacity increase, though whether this will translate to lower prices for customers remains unknown.

According to global market research company Omdia, about 4.4 million OLED TV units will be sold this year, and continual growth will see over 12 million units sold in 2025.

Commenting on the prospects of the combined output of the Guangzhou and Paju facilities, he added, “This will enable more rapid adoption of OLED displays in the market. As the OLED market leader, LG Display will further strengthen its position by making constant efforts to develop differentiated products, thereby widening the technological gap between the company and the other following players in the industry.”

Please let us know what you think of this news by leaving a comment.