Netflix free lunches off the menu 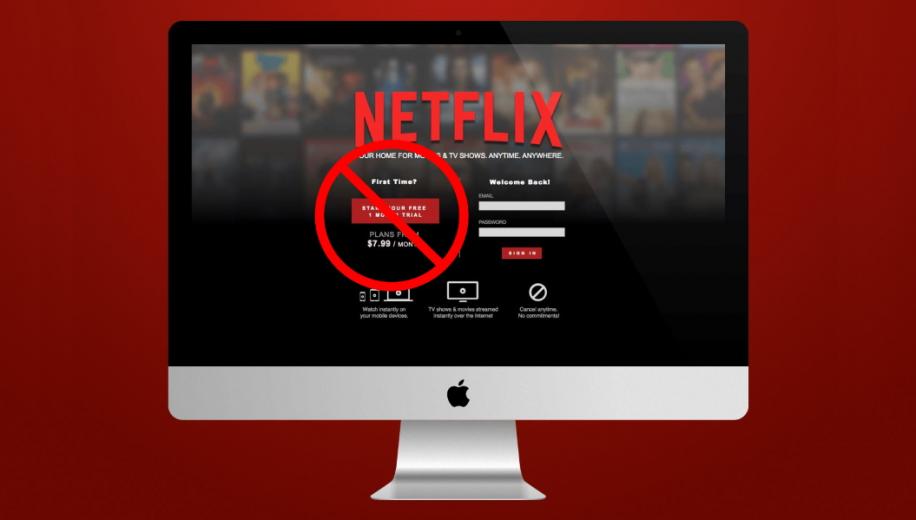 Netflix’s free 30-day ‘try before you buy’ option for new customers looks to have come to an end for UK streamers.

With no accompanying announcement, the option to hop onto a month’s free trial for Netflix’s streaming services is no longer an option for customers in the UK.

The change has come suddenly, though it looks like anyone lucky enough to have taken out the trial period in recent days will have that honoured, according to MoneySavingExpert.com. Previously, anyone undertaking the free trial would have a reminder sent to them 3 days prior to the completion of the evaluation period before they needed to start paying.

Now, first time subscribers will have to start paying immediately, though Netflix has stated it would be testing other promotional options.

Netflix recently raised the prices for its 11.6 million UK subscribers meaning the entry level option to enable the service on just a single device is £5.99 per month, while £8.99 a month introduces HD and a second device and the top tier of £11.99 per month allows four simultaneous devices.

There’s been no official announcement as to the reason behind the decision to scrap the long available ‘try before you buy’ option but an online support page has the option to choose your country to check whether a trial period is an option. The UK entry (along with many other territories) reads:

"Free trials are currently not offered in your country. To start your new membership, simply go to Netflix.com, choose a plan and payment option that’s best for you, enter your email, set a password, and start watching."

Choosing the US and Australia from the dropdown menu confirms that a 30 day test period is still currently available for those particular countries.

New streaming services, Apple TV+ and Disney+ both offer a 7 day free trial, which is still probably enough time to evaluate if it’s the type of content you’d be willing to shell out for, though with new TV show episodes currently arriving on a weekly basis, it prevents viewers binge watching entire series and then leaving, something viewers were happy to admit to doing with Netflix. Perhaps this was what encouraged Netflix to axe their own generous complimentary period.

How many readers actually used the free evaluation period before they committed or did you dive straight in? Are there any TV fans who were planning to investigate Netflix and are now put off? Let other readers know what you think about this change in Netflix’s policy.