Washing machines out - TVs in! 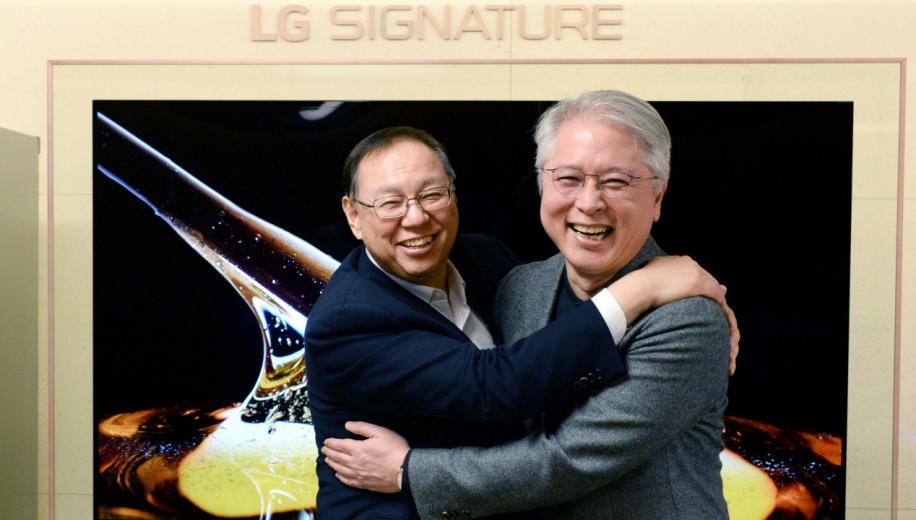 South Korean corporate giant LG Group has made some sweeping changes to its chief executives as a new cohort of younger leaders take top positions at the group’s affiliates in a bid to respond more swiftly to market changes.

The reshuffles are an annual occurrence within the company, so are not really a surprise, but this year LG Electronics, the flagship affiliate of the LG Group, sees a new CEO with their finger very much on the global TV pulse.

Changes at the top of a company can sometimes signify a shift in policy or strategy since new bosses are normally bought in to correct serious issues and are keen to get their stamp of authority on the situation. However, TV fans looking forward to future LG TVs shouldn’t need to worry as the newly announced CEO is Kwon Bong-seok who is the current head of both LG's TV and smartphone businesses.

The outgoing CEO, Jo Seong-jin, who has been in the top job since 2016, was known as the ‘Legend of the Washing Machine’ and was responsible for launching new lifestyle appliances, such as clothes dryers and the Stylus steam clothing care system. In 2017 LG posted record sales of over 61.39 trillion Korean won (around $52 billion) under his leadership, which was repeated again in 2018 - bolstered by the success of sales of OLED TVs. However, recent figures have shown operating losses accruing.

Kwon, 56, has been leading the home entertainment business since 2014 and took charge of launching LG's premium OLED lineup which improved profitability in the TV business by nearly 10 percent, even as it entered challenging market conditions towards the end of 2018.

He is currently undertaking efforts to normalize the company’s smartphone unit as well, as this has been struggling with operating losses.

While his remit will expand to cover a great many more divisions other than Home Entertainment, it’s safe to assume that the future of the OLED TV oriented strategy that Kwong oversaw will remain a priority for the company as it moves forward.

A spate of further changes and re-appointments has taken place and going forward, LG will also expand its focus on future core and common technologies including AI and robotics.

"Amid growing market uncertainties, LG promoted professionals who are capable of reacting swiftly to the fast-changing business circumstances as new leaders of the group's affiliates," the group said.

So, it looks as though LG is choosing change over stability - possibly to avoid that stability from turning into stagnation. Hopefully, this approach under the tried and tested Kwong will continue to see innovation reach LG’s TV research and development, where he had so much previous success.