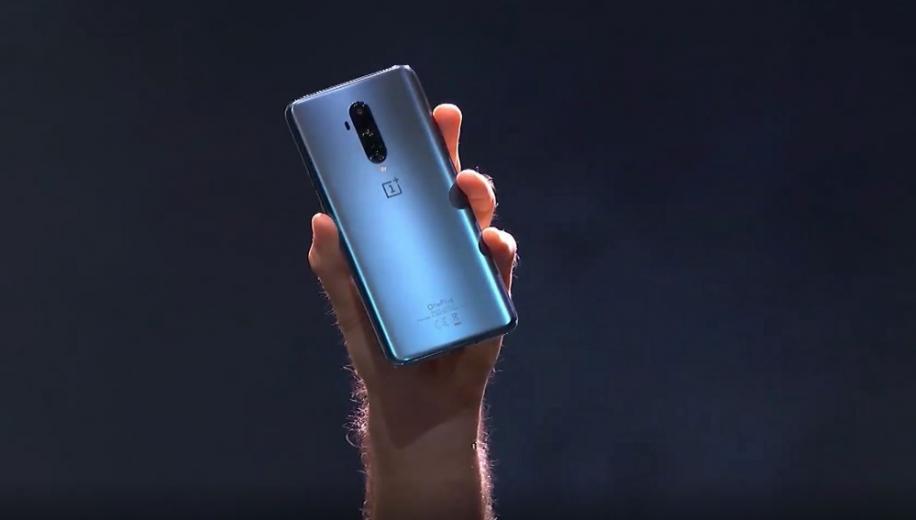 Slotting in at the top end of the company’s 2019 7 series smartphones is the flagship OnePlus 7TPro, bested only by the 7TPro McLaren Edition.

OnePlus edged further into the higher echelons of smartphone models with the release of its 7TPro, coming mere weeks after the OnePlus 7T was officially launched and around 5 months after the previous flagship 7Pro model.

Once again, the higher refresh rate of the Fluid display leads to smooth and responsive interaction with the Oxygen/Android 10 interface and it features HDR10+ high dynamic range (HDR) with support for the DCI-P3 colour gamut.

Keeping the display free from the waterdrop camera notch found in the 7T, the 7TPro instead has a 16Mp pop-up camera for its selfie snapper and there’s a new Haze Blue colour too to distinguish it from its siblings.

Internal performance is powered by the same Snapdragon 855+ variant as the 7T but that gives about a 15 percent processing edge over the 7Pro model’s vanilla 855 chipset. This is all supported by 8GB RAM and 256GB of internal storage.

Keeping the phone going through the day is a bulked up 4085mAh battery (the 7T has 3800mAh and the 7Pro, 4000mAh) and the newly updated Warp Charge 30T charging technology means a day’s charge should be available in just half an hour.

The rear circular camera array of the 7T has reverted back to the vertical strip of the 7Pro but the lenses remain largely the same with a 117° 16Mp ultra wide angle lens, main 48Mp f1.6 sensor and 8Mp 3x telephoto lens. Shooting video is now possible using the wide angle lens and all video benefits from the latest Super Stable hybrid image stabilisation, and there’s improved Night and Macro modes.

Additionally, there’s a 7TPro McLaren Edition developed in partnership with the F1 team and which sports their Papaya Orange racing colours, special McLaren designed materials and 12GB of RAM.

The OnePlus 7T and 7TPro will ship with version 10 of the company’s OxygenOS interface, and will also come ready prepared with Android 10, which features over 370 optimisations.