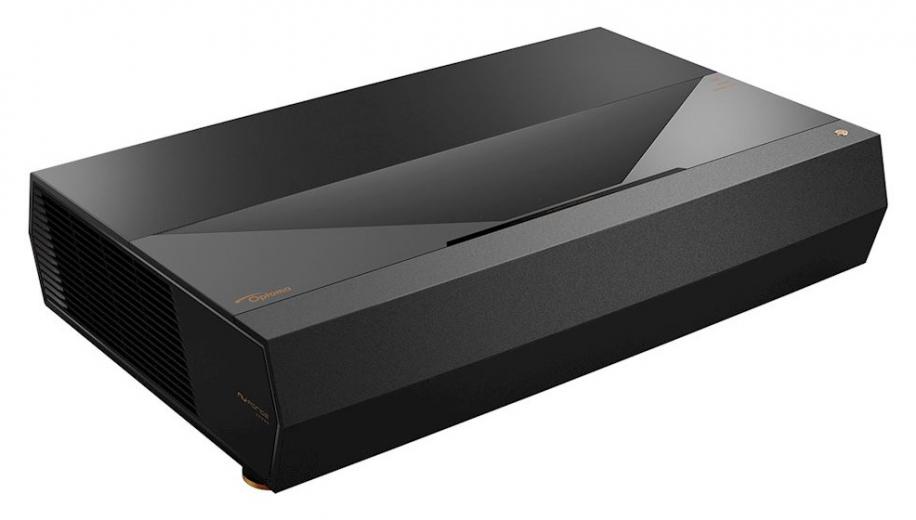 First unveiled at FA2019, Optoma has released an official announcement about their upcoming home entertainment projector, the UHZ65UST, with preorders now being taken.

In fact, even before the UHZ65UST showcase at IFA in September, Optoma had indicated they would be launching their latest consumer projector aimed at home cinema enthusiasts before the end of 2019.

The UHZ65UST is an ultra short throw laser projector that offers 4K UHD cinematic images with accurate, true to life colour reproduction reaching 87 percent coverage of the DCI-P3 colour gamut. It also incorporates a soundbar with Dolby Digital sound support and features smart home functionality such as voice control and IFTTT (If This Then That).

With an all-in-one space-saving form factor and sleek design, the UHZ65UST is aimed at consumers who want an out of the box experience without the hassle of mounting and transporting heavy equipment. As such, Optoma’s latest home projector is a mobile, large screen solution for smaller-sized rooms and apartments and those movie and TV fans who just want to set up and go.


The ultra short throw lens means that the UHZ65UST can produce a 120-inch image even when placed mere inches away from a wall or screen. Included is an auto geometry correction system called SmartFIT which ensures hassle free set up.

When up and running, the projected image benefits from a brightness of 3,500 lumens and the 8.3million pixels on display create a 4K UHD image with four times the details of a Full HD image, and bright whites and deep blacks are delivered via High Dynamic Range (HDR) in the form of HDR10 and HLG.

Audio is taken care of by the on board NuForce soundbar, which offers Dolby Digital and Dolby Digital Plus decoding via the included woofers and aluminium full-range drivers which are housed in individual speaker enclosures to reduce distortion. The result is a wide frequency response anchored by a balanced midrange which produces realistic vocals for movies and TV.


Voice control (available in the UK, France and Germany at launch) comes courtesy of support for Amazon Alexa and Google Assistant, so a simple spoken command can alter the power status of the projector, adjust volume, pause content and more. Additionally, IFTTT, the web-based service that can create chains of commands using simple conditional statements (if this, then that), can provide automation with smart IoT devices and easy access to popular streaming services through the Optoma Marketplace.

The all-in-one Optoma UHZ65UST smart 4K UHD laser projector is available for pre-order now at a price of £3,299.

Are there any members or site visitors that have been looking for a solution for large screen entertainment but feel they don’t have the space? How does the UHZ65UST short throw sound as a solution? Let us know in the discussion thread.