If Amsterdam is too far away, check out the Optoma offerings here. 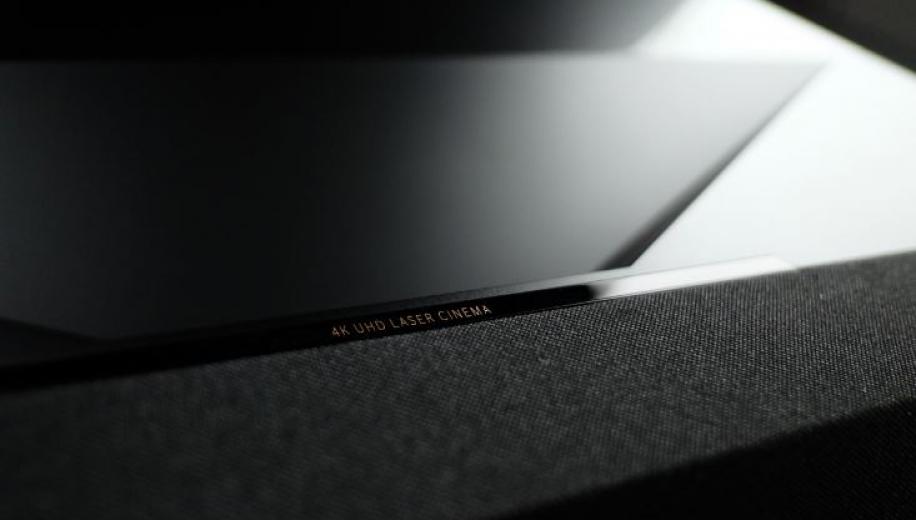 From the 5th - 8th February 2019, Optoma will use the ISE 2019 exhibition to introduce business and consumer products - including the UHZ65UST 4K UHD laser projector with its built-in NuForce soundbar.
The Integrated Systems Europe Show, while not exactly tripping off the tongue, is still ‘the world’s largest exhibition for AV and systems integration professionals.’ As such, Optoma has seen fit to use it as a springboard to reveal many of this year’s upcoming developments - some of which have had their initial debut at CES earlier this year.

The Optoma portfolio has a range of products, many of which fall under the business umbrella in areas such as interactive projectors, image processing equipment, software projection mapping, digital signage and retail solutions. Let’s put these to one side and first look at their expected consumer offerings this year.

Of most interest to AVForums, members are likely to be two 4K UHD home projectors, including the UHL55 LED model and a brand-new laser cinema model, the ultra short throw, UHZ65UST. Specifically designed for home cinema enthusiasts, it features ground-breaking laser technology, Alexa voice control and a built-in Optoma NuForce audio bar. Short throw projectors are finding a market for themselves in facilitating a large screen experience in restricted installation spaces and the UHZ65UST is no exception. Just plonk it down a few inches from your screen or a suitable wall and off you go with 120” display.

The UHL55 is more traditional and delivers 4K UHD images and support for Alexa voice control. This LED projector boasts HDR compatibility, HDCP 2.2 support and includes integrated speakers and a host of connection options such as Wi-Fi and Bluetooth.

The corporate side of Optoma’s business will see floor space given over to a number of professional grade projectors including the ZK750 DuraCore laser and the 4K550ST with a short throw lens, which will be used to display a bank of Scan Computers loaded up with Battlefield 5. The ZK750 is Optoma’s first 4K UHD DuraCore laser projector with multiple lens options. It boasts a high brightness of 7000 lumens with dust resistant IP6X certification.

There will be a showcase of a large five-metre blend with four new ZK1050 4K UHD projectors. This projector featuring MCL technology (Multi Colour Laser) is the latest addition to the DuraCore range, which combines a longer-lifetime light source and an independent IP rated dust certification.

Finally, the 10,000-lumen ZU1050 DuraCore laser projector is a WUXGA model featuring MCL technology and is designed for 24/7 continuous operation in challenging environments - so, Star Wars marathons then.

Moving away from projectors, Optoma will have a range of other products on show that are more suited to the corporate, retail or education sectors including new multi-touch interactive flat panels boasting 4K UHD resolution and 20-point touch-enabled display, the latest scaler-switchers plus additions to their large scale FHD LED display panel ranges.

So, while not fully loaded with consumer-oriented products, there’s enough here to suggest one or two would be interesting to get in for review.