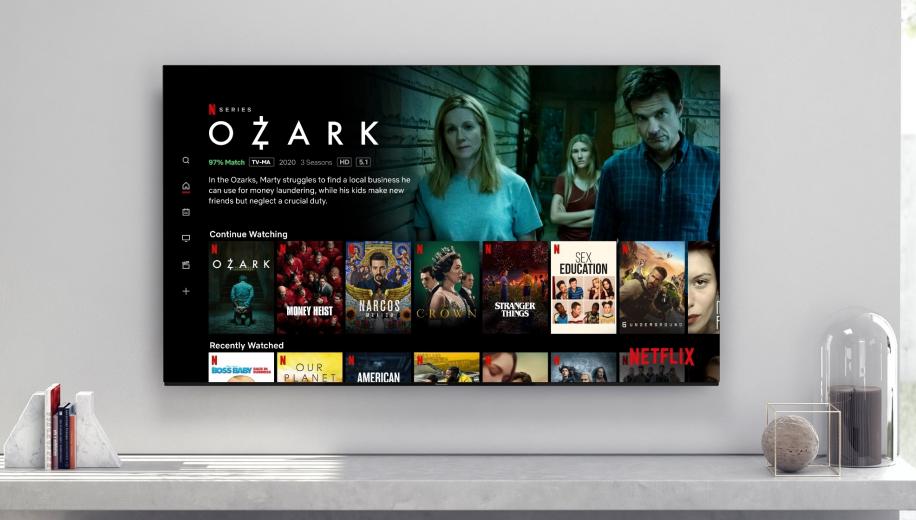 Back in February when Panasonic launched its 2020 OLED TV range, there was the feeling that something was being held back. Well, that ‘something’ was the HZ980 and it’s now been officially announced.

It benefits from key features shared with its siblings including the HCX PRO Intelligent Processor with Picture Tuned in Hollywood, HDR compatibility across Dolby Vision and HDR10+ formats, and Dolby Atmos object-based sound support -  all contained within a slim minimalist design.

Panasonic has gone out of its way to enable the very best image quality in line with the creator’s original intent and this begins with the HCX Pro Intelligent processor which analyses the picture and adjusts the colour, contrast and clarity for the best performance from the OLED screen.

This has been combined with the Hollywood colour-tuning skills of Stefan Sonnenfeld, as Head of TV, Panasonic Marketing Europe, Paul Darch explains, “Stefan Sonnenfeld is a trusted collaborator of some of the world’s best filmmakers and has applied his skills as a colourist to many of the most acclaimed and popular features of the past decade such as A Star is Born, Wonder Woman, Man of Steel, Star Wars: The Force Awakens, Jurassic World and many more.”

To further the accurate reproduction of the producer’s story telling intent, the HZ980 features Filmmaker Mode, Dolby Vision IQ and Netflix Calibrated Mode, all designed to recreate the creator's vision.

Filmmaker Mode, which was developed by the UHD Alliance and is supported by many Hollywood directors such as Christopher Nolan, Patty Jenkins and Ryan Coogler,  respects the frame rate, aspect ratio, colour and contrast of the content whilst also turning off noise reduction and sharpening. This is accessed by the press of a button on the remote which therefore allows viewers a choice as to whether to implement the mode or not.

Panasonic has uniquely enhanced Filmmaker Mode with Intelligent Sensing which uses the TV’s inbuilt sensors to determine the ambient light levels and make image adjustments to match the experience of viewing content in a darkened environment (which reflects the conditions in which movies tend to be mastered). This prevents HDR content from appearing overly dark in bright rooms and vice versa. Filmmaker Mode with Intelligent Sensing supports content in HDR10+, HDR10, HLG, and SDR.

Also adjusting to the brightness of the viewing conditions is Dolby Vision IQ which uses Dolby Vision dynamic metadata to intelligently display every detail of the content regardless of ambient conditions. Additionally, Dolby Vision IQ provides the TV with information about the kind of content being shown to allow image modifications to support the viewing material perfectly.

Films and shows made by Netflix are recreated in viewer’s homes to the standard of the original intent by the implementation of Netflix Calibrated Mode.

To complete the cinematic immersion created by the HZ980’s image processing capabilities, support for Dolby Atmos is built into the TV’s Cinema Sound Pro sound system which can be supplemented with an additional, separate subwoofer.

The HZ980 has HDMI 2.1 eARC compatibility, which means that uncompressed audio can be sent to appropriate AV receivers and soundbars to make the most out of the object-based Dolby Atmos.

Bluetooth Audio Link allows the TV to connect to wireless speakers and Bluetooth headphones, thus increasing the flexibility of how audio is experienced.

When it comes to choosing content, Panasonic’s new My Home Screen 5.0 smart TV platform provides easy access to the wide range of apps and content sources via quick loading thumbnails and with only one layer to navigate. Freeview and satellite tuners are included for maximum viewing flexibility and recording broadcast TV is easily achieved by plugging in a USB HDD and pressing ‘Record’ on the remote.

Freeview Play is included for UK viewers with access to over 70 catch up channels, including 15 in HD, though a decent broadband connection is required, as with all video on demand services.

As well as the included remote, further control of the HZ980 is provided by support for Amazon Alexa or Google Assistant devices for hands-free TV operation to change channels, adjust volume or turning the power off.

Let us know in the discussion thread what you think of  Panasonic’s latest announcement.