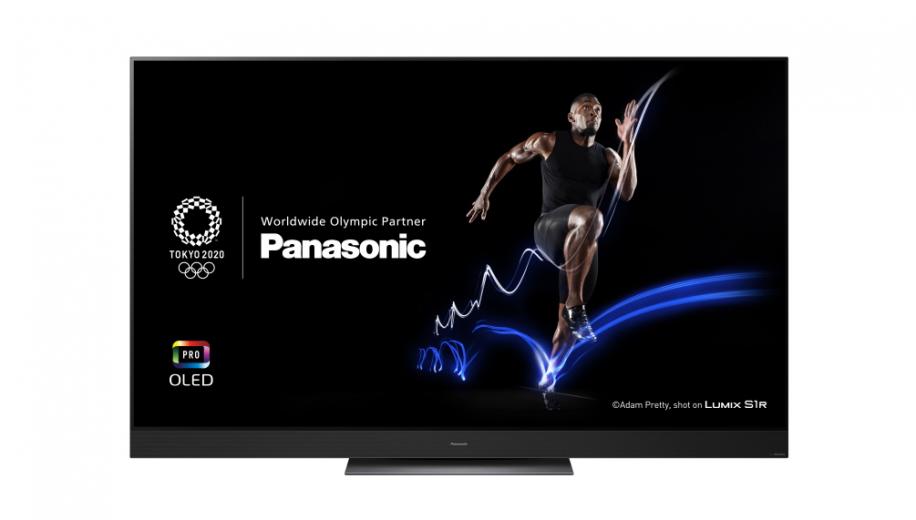 Panasonic unveiled a single TV for 2020 at CES earlier this year - the flagship 4K HZ2000 OLED. Now it has pulled back the curtain on its new range for the coming year which adds two further OLED models, the HZ1500 and HZ1000.

Where better to announce your new range of TVs, all promising a cinematic experience in the home, than at one of the most famous studios in the world? Well, that’s just what Panasonic have done, choosing globally renowned Pinewood Studios as the venue for the reveal of its 2020 range of 4K OLED TVs - the top end HZ2000 plus the HZ1500 and HZ1000.

AVForums editor Phil Hinton is at the event taking place at the time of this news story being published and will report back with a video featuring the new TVs and interviews.

New features introduced to the OLED range include support for both Dolby Vision IQ and the inclusion of Filmmaker Mode with Intelligent Sensing - Panasonic’s unique approach to the UHD Alliance’s new movie picture setting.

The OLED TVs also see the upward firing speakers, previously only found at the top of the GZ range last year, now move down a model so that the HZ1500 as well as the HZ2000 features the immersive speaker array.

Panasonic was also the first manufacturer to provide support for both Dolby Vision and HDR10+ dynamic metadata HDR formats on the same TV, something it has continued with all the newly announced new television sets. They are also compatible with the HLG HDR format mainly used by broadcasters and the HLG Photo HDR format. In other words, all the common flavours of HDR are covered.

Dolby Atmos is also supported throughout Panasonic’s 2020 OLED range and the latest iteration of Panasonic’s simple and user-friendly smart TV OS, Home Screen 5.0 will be implemented too.

All the OLED’s for 2020 are available in 55-and 65-inch screen options and all feature the HCX PRO Intelligent processor, which combines with picture tuning by Hollywood specialists to deliver as accurate an image as possible. The top of the range HZ2000 will be officially available in July and features a bespoke Master HDR OLED Professional Edition panel exclusively customised by Panasonic R&D engineers for improved peak brightness. The HZ1500 will be out in May or June while the HZ1000 is out of the gate first in April/May for those who are most eager.

The new headline features are support for the UHD’s Filmmaker Mode and the introduction of Dolby Vision IQ on all OLED models.

Filmmaker Mode is a new image setting, initiated by a button click on the remote, that restores the original frame rate, aspect ratio, colour and contrast of the content back to the creator’s specifications, whilst also turning off noise reduction and sharpening, thus honouring the intended look of the original image.

Panasonic has taken this one step further by adding its own Intelligent Sensing technology which uses the inbuilt sensors in the TV to detect ambient light levels in the viewing environment and dynamically adjust the picture accordingly. This then matches the impression of viewing the content in an ideal darkened environment even if you are sitting in a well-lit living room, so viewers will see all the details the content creator intended, even in very dark scenes. Filmmaker Mode with Intelligent Sensing supports content in HDR10+, HDR10, HLG, and SDR.

The other new feature, Dolby Vision IQ, extends the benefits of Dolby Vision beyond HDR using dynamic metadata to intelligently optimise the picture quality by informing the TV what type of content is being shown to ensure images are displayed exactly as they should be, so colours and details are not lost regardless of lighting conditions in the room.

A combination of Filmmaker Mode and Dolby Vision IQ enures owners of Panasonic’s 2020 OLED TVs will uniquely be able to see Dolby Vision, HDR10+, HDR10, HLG and SDR contents as they were intended even in brightly-lit rooms.

Panasonic OLED displays are used extensively throughout Hollywood post production facilities and renowned Hollywood colourist Stefan Sonnenfeld, who has worked on movies such as A Star is Born, Man of Steel, Star Wars: The Force Awakens, Jurassic World and many more, remains on hand to help Panasonic deliver images to viewers as the creator intended. Furthermore, video enthusiasts will be able to benefit from certain features which have been added by Panasonic at the request of studio professionals.

The first of these features is the ability to turn off tone-mapping through the menu system and since tone-mapping is how TVs map the content being played back to the native brightness of the set to prevent clipping, the option is now in the hands of the studio user. Alternatively, creators can set their own ‘clip point’, allowing tone-mapping to be as precise as possible for a panel’s individual peak brightness.

Secondly, the transition out of black can be adjusted with even higher levels of precision by the addition of the world’s lowest calibration points at 0.5- and 1.3 percent. professional calibrators will also, for the first time on Panasonic TVs, be able to calibrate Dolby Vision content using Portrait Display’s CalMAN software, while CalMAN PatternGen test patterns and AutoCal functionality are also now supported.

The addition of the upward firing speakers to the HZ1500 as well as the HZ2000 brings Panasonic’s 360° Soundscape audio system to two of the three OLED models. In the case of the HZ2000 this is the 'Pro' version of 360° Soundscape, which means the multiple built-in speakers are tuned by Technics and use the JENO Engine for accurate sound reproduction. The HZ2000 delivers an output of 140W, while the 'non-Pro' HZ1500 has an audio output of 80W.

Since both feature upward firing speakers positioned at the top of the TV, the sound waves don’t have to travel as far to the ceiling to bounce off and deliver the Dolby Atmos effect as they would from some soundbars. The result is the soundwaves have greater energy when they strike the ceiling creating a dynamic and immersive soundstage.

WIth Panasonic involved in the broadcasting of the 2020 Tokyo Olympic Games, the OLED models feature an advanced version of black frame insertion to improve motion performance for fast moving images, the likes of which will feature in numerous events. Rather than inserting a full black frame in between each frame of moving content, the HCX Pro Intelligent processor analyses the incoming signal and dynamically adjusts the duration of the black frame over a two-frame cycle to find a ‘sweet spot’ which maximises the smoothness of images whilst minimising any flicker effect.

The HZ1500 and HZ1000 models also feature a swivel pedestal that allows for a certain amount of customisation of the viewing angle within the room.

The OLED screens will not feature full bandwidth HDMI 2.1 but eARC and ALLM are believed to be available.

All Panasonic’s 2020 TVs feature the latest iteration of its highly evaluated smart TV OS, My Home Screen 5.0 which brings interface and usability improvements. For example, when certain VOD Icons are highlighted, for example Netflix and YouTube, thumbnails of featured titles from that provider are automatically displayed above and can be easily accessed.

UK users unfortunately miss out on a couple of other features though,  including XUMO’s enterprise-level, free streaming service delivering both over-the-air and over-the-top channels, and there’s no support for the HbbTV Operator App either.

Panasonic’s 2019 range of OLEDs performed extremely well in our Editor’s Choice Awards last year with the GZ2000 taking the top prize for both Best Home Cinema TV and best HDR OLED TV, while the TX-55GZ950B won Best TV Under £1500. The Custom Pro OLED panel in the GZ2000 was awarded first place in the Best TV Innovation category too.

Drop us a comment in the discussion thread and let us know what you think about Panasonic's OLED TV lineup for 2020, we’d love to hear from you.