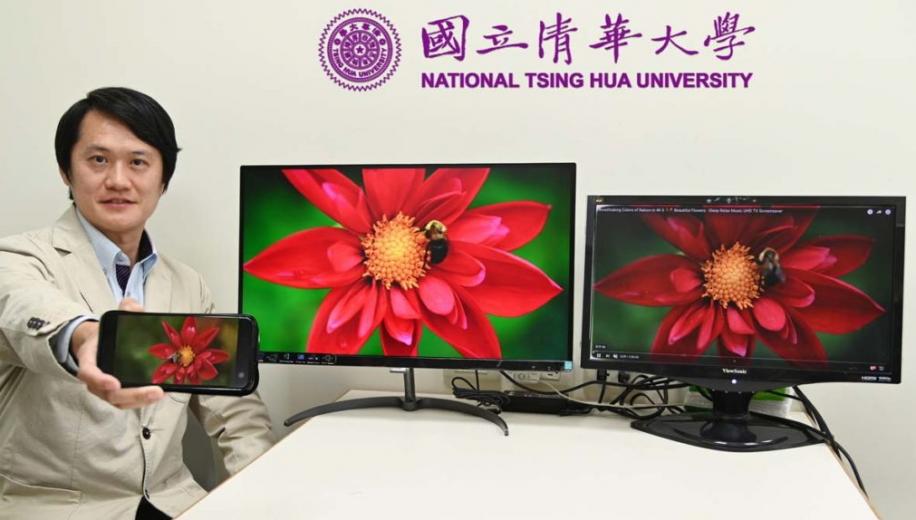 A new quantum dot material has been developed that improves stability and provides more realistic colours.

Led by Professor Hsueh-Shih (Sean) Chen of Taiwan’s National Tsing Hua University, a research team has addressed one of the main problems of quantum dot production by developing a shield for each QD which overcomes instability issues and prevents damage.

Until now, the 3nm spherical quantum dots are at risk of damage from water and oxygen molecules during the manufacturing process and this damage leads to diminished luminosity. Major display manufacturers such as Samsung, who sold more than 5 million quantum dot based QLED TVs during 2019, currently sandwich the QDs in a layer of protective film but the process is costly and even a small aperture in the layer can cause the protection to be lost.

The team’s approach was to use a 1nm thin protective shield to guard the crystal facets of each quantum dot, resisting the effects of water and oxidation, thus increasing the material’s stability and the display’s lifespan.

The new material has a wide range of applications in screens used in televisions, smartphones,  computer monitors and signage and the displays with the new QD material will be able to show up to 90 percent of the colours visible to the human eye.

The last two years has seen a significant rise in the number of TVs sold that employ quantum dot technologies, mostly from Samsung with its QLED range but TV manufacturers such as TCL and Hisense also have models based on quantum dots available too.

A typical 55-inch QD screen consists of more than 100 million trillion (10 to the power 20) quantum crystals and Professor Chen’s research has additionally developed a methodology to precisely control the size of each quantum dot, reducing the variability of each of these quantum crystal to less than 0.5 nanometres. This precision along with the protective shield  allows the QDs to accurately emit blue, green, yellow, orange, red, infrared, and other colours.

Chen commented that employing the team’s new approach to quantum dots could significantly reduce production costs and improve the colour gamut displayed by QD panels. The NTHU has applied for the relevant patents and established a spin out company, HsinLight Inc, for commercial production and it is expected that the first quantum dot screens with the new material will begin production in 2020.