The Super series gets a bit more super 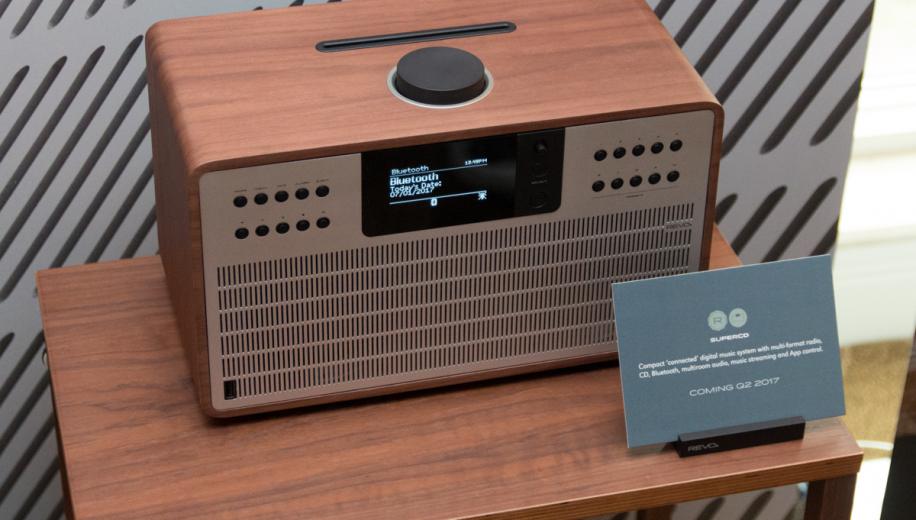 Revo Super CD All-In-One Hi-Fi System
Revo Audio has taken the wraps off a pair of new all-in-one systems that join the company's Super series of units, of which the Super System we recently reviewed is a member.
The Super CD is – as the name suggests – a revised Super System that adds the ability to play CDs directly. At the same time, the usefully extensive functionality of the other Revo units – streaming, Spotify Connect, internet radio and DAB and a selection of digital and analogue inputs – is also included. Having gone to the effort of designing a new chassis, Revo has also launched the Soundstage which is the same basic shape and size but omits the CD mechanism. Production is set to begin shortly and availability in stores will be a month or so after that. Both new products feature the same distinctive and handsome design aesthetic that the company has made their own recently. The other interesting news from Revo is that they have acquired the Anthony Gallo loudspeaker business – previously they had only acted as the distributor. This has only happened extremely recently but the company has promised to bring the speakers to a wider audience and that by the time CES 2018 rolls around, they have said there will be some major announcements.