Rebirthed line up gets siblings 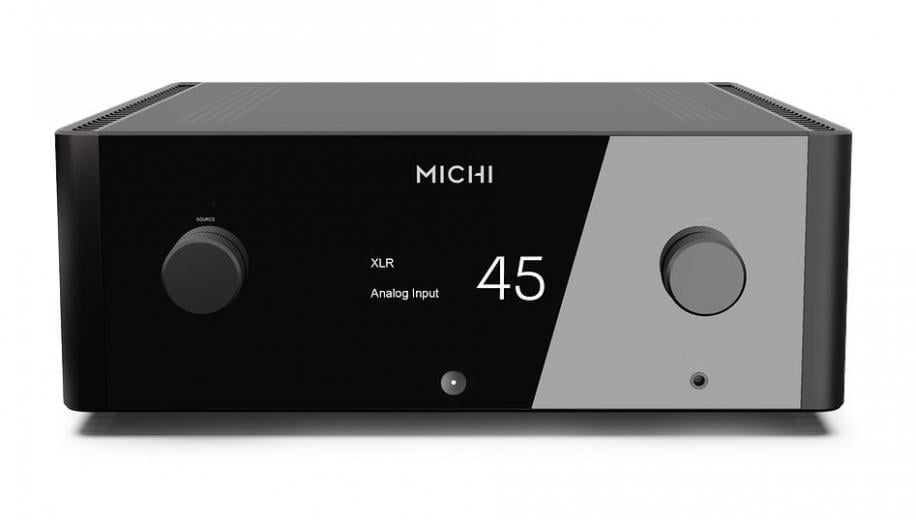 After Rotel’s announcement of the relaunch of its Michi brand name last year, the Japanese audio specialist has now unveiled two new integrated amplifiers - the X3 and X5.

Adding to the existing portfolio of pre and power amplifiers  - including the P5 preamp, the S5 stereo amp and the M8 monoblock amp -  which signified Rotel’s relaunch of the Michi name, the X3 and X5 follow the rest of the lineup as reference quality devices. Designed using critical evaluation of every circuit, signal path and component in combination with the use of in-house key technologies, the X3 and X5 share the industrial design and finish of the recently launched models.

The dual in-house manufactured oversized toroidal transformers sported by the X5 closely follows the architecture of the Michi P5/S5 pre/power combination and delivers 600 Watts of output power into 4 ohms and 350 Watts to 8 ohm loads. Unwanted noise and distortion are virtually eliminated by isolating the power supplied to all sensitive circuits.

The X3 drops the power to 350 Watts into 4 ohms and 200 Watts to 8 ohm loads and, again, this is driven by a high-efficiency, oversized toroidal transformer which feeds independent analog, digital and power amplifier voltage regulator circuits for optimal power isolation. The use of direct-path circuit topology further isolates sensitive audio signals and processing from the high current amplification stage, which lowers the noise floor and delivers an improved sound field.

There’s a full array of features on both of the new models and the X5 has 14 source inputs including analog, digital, XLR, PC-USB with DSD 2X decoding plus MQA rendering, Bluetooth with aptX and AAC high quality wireless streaming, plus both a Moving Magnet and Moving Coil phono stage. An AKM 32 bit, 768KHz DAC handles the digital to analog conversion.

Meanwhile the X3 loses one of the source inputs for a total of 13 but these do include XLR, analog, digital, PC-USB, Bluetooth aptX wireless streaming and a Moving Magnet phono stage.

A high resolution front panel display on both devices allows easy access to all setup options and a user selectable choice of display readouts is available and includes operating status, 12-band graphic EQ or a Peak Power Meter.

Simple integration with automation systems is available for both the X3 and X5 via RS232 and Ethernet connections.

Daren Orth, Chief Technology Officer of Rotel, said, “We are very excited about the introduction of the X3 and X5 Michi amplifiers. The X3 and X5 are a natural extension of the ground-breaking work we have achieved with the relaunch of the Michi brand.” He further added, “These Integrated Amplifiers represent the best of Rotel and represent nearly six decades of engineering excellence, with products manufactured to the highest quality standards and offered with unsurpassed value.”

Let us know in the comments section what you think of this news.