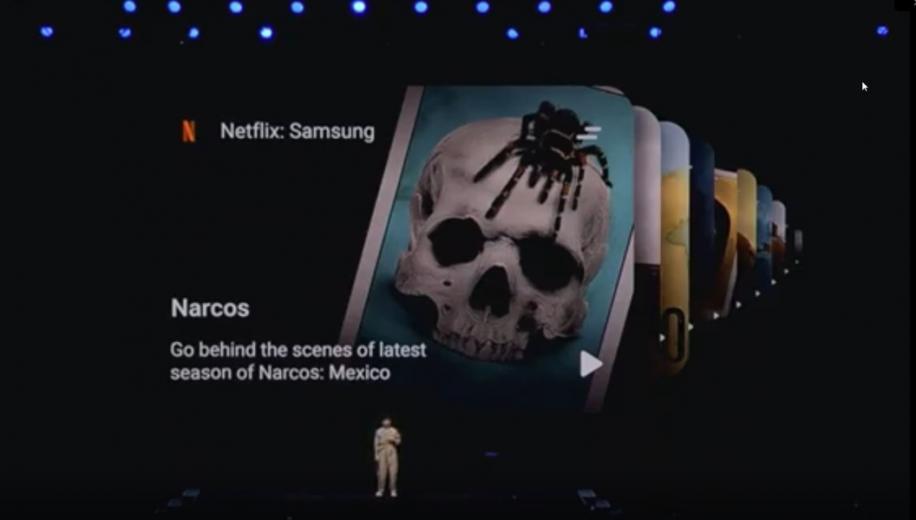 Users of Samsung’s smartphone range will benefit from a partnership with Netflix which will see tighter integration of the streaming service within the phone and exclusive content created just for Galaxy owners.

Although Netflix pulled its app from older Samsung TVs at the end of last year, the relationship doesn’t seem to have been dented. The two companies partnered on an advertising campaign for El Camino as well as a promo piece that had Ryan Reynolds extolling the virtues of Samsung’s QLED TVs for showing his latest Netflix movie, 6 Underground.

This seems to have precipitated a more formal alliance which was announced by Netflix Chief Marketing Officer Jackie Lee-Joe during the launch event of Samsung’s latest smartphones and saw Netflix dubbed as Samsung’s Mobile Entertainment Partner with the aim of making the Netflix viewing experience on Samsung mobile “the absolute best it can be.”

This means two things, the first is better Netflix integration with Galaxy mobile devices and the second is new bonus content exclusively available to Samsung mobile users which has been created for popular Netflix original shows using the video capabilities of S20 handsets given to “a diverse mix of creators from all around the world.”

Among the shows mentioned which would be creating this bonus content were Narcos, Sintonia (a Brazillian crime drama), Elite (a Spanish teen drama) as well as the comedy team behind Netflix is a Joke, among many others. Content created for these shows will pop up in the Samsung Daily page, as will recommendations for new Netflix shows based on your viewing habits.

Whether this benefits owners of older Galaxy phones or just purchasers of the new S20 models was not made clear during the presentation.

The approach does, however, raise a number of points, chiefly, is it fair on subscribers who pay exactly the same monthly fee as a Samsung owner to be denied access to this content just because they are using a different smartphone?

This kind of approach is merely advertising taken up a few notches and it remains to be seen just exactly who is involved in the creation of the content (the director/star/producer or the new intern tasked with creating behind the scenes B roll footage?). Exclusive doesn’t necessarily mean high quality or essential, but what if the extras actually linked to the narrative of the show in some way? At this point the content would become more than just glorified DVD/Blu-ray extras and would start to penalise non Samsung owners.

Taken to the extreme, what if Netflix only streamed certain content, shows or episodes to viewers with TVs from manufacturers with whom they are in affiliation?

Perhaps it’s indicative of the hardware ceiling that phone manufacturers have reached that they are turning to services and partnerships as a way to attract new customers away from the competition. Another example unveiled at the S20 launch was an exclusive deal with Microsoft for the S20 to show off its gaming prowess with exclusive access to the Xbox Forza Street game, which is available in the Galaxy Store.

Creating these exclusives to entice purchasers to your product is hardly groundbreaking marketing but at what point does it start to feel like exclusion if you don’t (or can’t) jump on board?

Please let us know what you think of Samsung and Netflix’s partnership in the discussion thread.