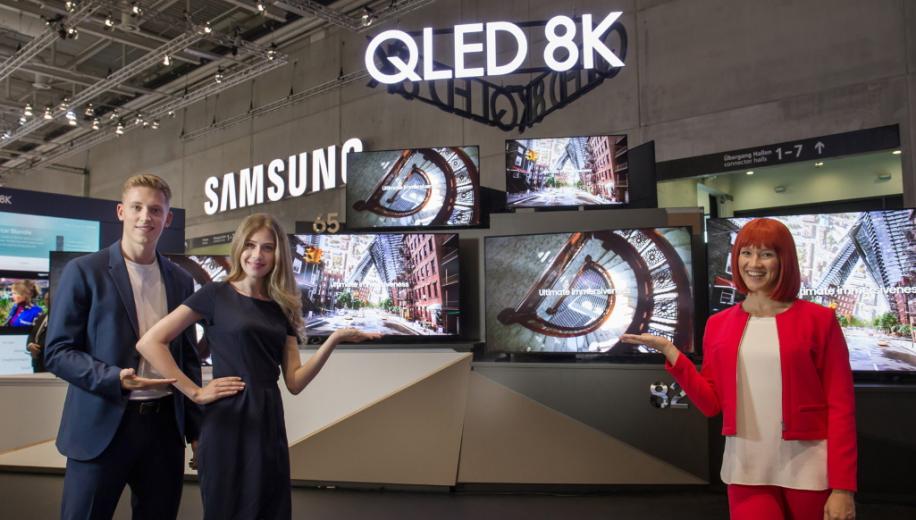 Although no official comment has been made by the world’s biggest TV manufacturer, word is circulating in the Korean press that Samsung will not be attending this year’s IFA.

Online news outlets such as Gizmochina, EDaily and SamMobile have picked up on this and, if true, it would be the first time that Samsung has not been present since it started attending Europe's largest tech gathering back in 1991.

The company has used the event to unveil some landmark products including the Galaxy Note smartphone back in 2011 and its first 8K Q900R TV in 2018.

In what could be a repeat of circumstances that took place at the start of the pandemic back in Jan/Feb whereby fellow South Korean electronics firm LG decided to pull out of both the Integrated Systems Europe (ISE) and Mobile World Congress (MWC) shows, Samsung looks like it has taken an early decision to avoid IFA (Internationale Funkausstellung) 2020 which is due to take place 4th - 9th September in the traditional Berlin venue.

Although ISE 2020 actually went ahead, MWC eventually had to cancel as more and more companies pulled out. Could this happen here? As we enter July, there’s only 9 weeks to go until the start of the show and there are still plenty of uncertainties surrounding the loosening of European lockdowns. It could only take a spike in Covid-19 cases for the local or federal German government to step in and reimpose certain restrictions.

Certainly, the IFA organisers have made it clear that they will be following strict guidelines to make the event as safe as possible, with limited invitations, no public attendances, strict hygiene standards and plenty of online presentations and activities.

This doesn’t appear to have cut it for Samsung though and with South Korea’s approach to the coronavirus outbreak being one of the more successful around the globe, it’s understandable that Samsung might feel like it knows not to take any chances no matter how high profile the event.

If Samsung’s decision is confirmed, it will be interesting to see what the other global tech companies do regarding attendance. And the question then remains about what will they then do about CES 2021, which is now just 6 months away.

Why not drop into the discussion thread and let us know what you think of this news. Surprising or inevitable?