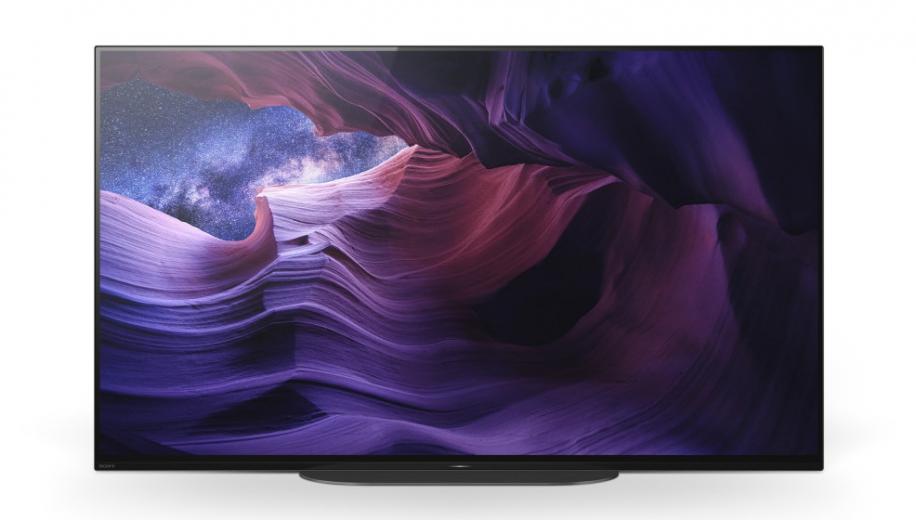 Sony has announced the start of pre-orders for its eagerly awaited 48-inch MASTER series A9 4K HDR OLED in Europe.

The newly compact 48-inch A9 is a more consumer friendly size for those viewers who want the image quality delivered by OLED TVs but do not necessarily have the space for a large screen or want a smaller premium TV for a bedroom or study. The smaller central aluminium stand helps in this regard where TV placement is often limited by space.

The Sony A9 features the Picture Processor X1 Ultimate which analyses image data to deliver the optimum blacks and highlights and adds in Pixel Contrast Booster which enhances colour and contrast in bright areas for a realistic picture.

Sony’s acclaimed X-Motion Clarity technology precisely controls images to reduce blur so that scenes with fast action such as sports remain clear without any loss of brightness.

The A9 also supports Dolby Vision and features a Netflix Calibrated Mode which helps deliver picture quality approaching that of a master monitor used for standard reference in motion picture production studios.image settings when viewing Netflix content. The TV is also certified IMAX Enhanced so it can take advantage of the extra mastering steps included in IMAX Enhanced material.

Moving to the audio experience, the A9 uses Sony’s Acoustic Surface Audio which uses two actuators behind the screen to vibrate effectively turning the screen into a speaker. This means the sound appears to come from the relevant part of the image that’s being shown. In addition, a subwoofer is included in the A9’s audio setup to add extra low end for movies and music and a super-slim one-slate design where the screen meets the edge of the TV. The overall effect is one of  one of cinematic immersion especially when combined with the Dolby Atmos support.

Sony has also introduced Ambient Optimisation, a new technology for 2020 that automatically detects the lighting conditions in the room and adjusts the image accordingly. Therefore, in bright rooms the image gets brighter and in lower light conditions, brightness is reduced for the best image experience. Ambient Optimisation can also fine tune the TV’s acoustics by detecting soft furnishings and hard surfaces that can absorb or reflect sound waves.

Discovering and choosing your viewing content and services is made convenient by Android TV and the included Google Play Store and Chromecast built-in and the A9 works with smart speakers such as Google Home and Amazon Alexa enabled devices. There’s also easy connectivity to your home’s smart devices using Apple HomeKit and AirPlay 2 allows content to be streamed to the A9 using iPhones, iPads and MacOS devices.

The Sony MASTER Series A9 4K HDR OLED TV in the 48-inch screen size is available for pre-order now in the UK and Ireland for £1799 and €2149 respectively.

Have you been waiting for the Sony 48-inch A9 OLED TV? If so, why not drop us a comment about this news.