Sony is trying to get closer to you 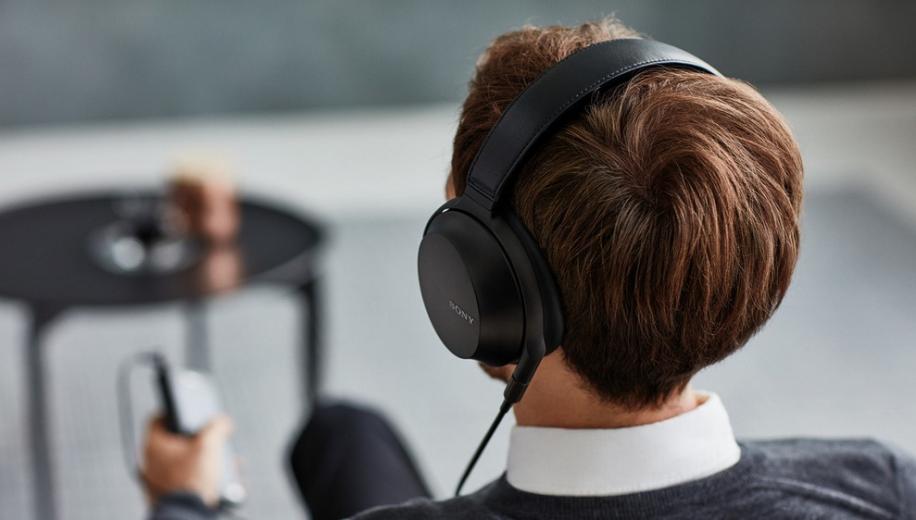 At the Sony IFA press conference held today (August 30 2018), Kenichiro Yoshida, President and CEO of Sony Corporation stressed that Sony will enhance both creator and user engagement as per its corporate direction to “getting closer to people."

He added, “Our electronics products play the vital role of connecting creators that produce stunning audio and visual contents with users who enjoy them.” He then stressed that “In addition to capturing ‘Reality’ through the pursuit of high-fidelity audio and high-definition video technologies, going forward, I believe it is equally important for Sony to also deliver ‘Real-time’ value. Real-time describes the concept of ‘this-moment-in-time’ or ‘live-ness.’”

Following this, Ichiro Takagi, Senior Executive Vice President in charge of Home Entertainment & Sound Business stated that “Through the best images and sound possible, we want to fully convey the creator’s intent, and provide the ultimate audiovisual experience to users.” He then introduced Sony’s latest TV and audio products.

Lastly, Mitsuya Kishida, President of Sony Mobile Communications Inc. took the stage to reveal the new Xperia smartphone. He also declared that “Sony Mobile is at the forefront of Sony’s 5G initiatives with mobile network technologies bringing users and creators ever closer by delivering content exactly the way its creators envisioned.”

Sony’s Signature Series represents the culmination of Sony’s most refined technologies in pursuit of sound excellence. Sony added the DMP-Z1 digital music player and the IER-Z1R in-ear stereo headphones. The DMP-Z1 utilises a high-output analogue amplifier and a unique independent power system. IER-Z1R boasts a frequency response of up to 100 kHz playback Sony will also introduce the IER-M9 and IER-M7 in-ear stage monitor headphones initially in the US and Asia starting this autumn, which deliver the sound quality, sound isolation, and stable fit that artists seek.

In the TV category, Sony announced the launch of the BRAVIA® MASTER Series in Europe from September, which seeks to fully convey the creators’ intent as originally envisioned. The AF9 series of 4K OLED TVs and the ZF9 series of 4K LCD TVs are equipped with the Picture Processor X1

Sony Mobile Communications unveiled Xperia XZ3, a new smartphone in its flagship range featuring a curved 3D glass design that blends the OLED display. It will be rolled out to various countries and regions from late September 2018. The Xperia XZ3 comes with a HDR-compatible 6.0-inch OLED display, featuring a QHD+ (2880x1440) 18:9 aspect ratio. Xperia XZ3 features a new smart user interface (UI), Side sense using AI for stress-free one-handed screen navigation on the large display. By simply double-tapping anywhere on either side of the display, it displays the app launcher, predicting the apps and quick settings users want to use next, based on their lifestyle including time of day, location, and usage frequency, and places them within easy reach.

The main camera features Sony’s advanced Motion Eye camera system, with an effective 19.2 megapixels. Xperia XZ3 is also equipped with the new “Smart launch” with AI that instantly prepares camera when users hold their phone up in landscape mode. And the new camera UI has also been redesigned to be more intuitive. The front camera offers an effective 13.2 MP and a bright new F1.9 lens with a new portrait selfie mode for skin tone touch-ups and capturing background bokeh.

Xperia XZ3 will launch on the latest Android 9 Pie and comes equipped with the Qualcomm Snapdragon 845 Mobile Platform, water and dust resistance, Qi wireless charging compatibility, and a host of other features.

DSC-HX99 and DSC-HX95 are the two newest models in the Cyber-shot series, which will ship in Europe from October. Each comes with the world’s smallest ultra-compact body as well as a ZEISS Vario-Sonnar T* 24-720mm*10 high magnification zoom lens. In addition to internal recording of high-resolution 4K video footage, the latest image processing system enables high speed continuous shooting at up to 10 frames per second and Fast Intelligent AF. Other new features include Eye AF technology, RAW format output, touch focus/touch shutter, as well as supporting the location information link via Bluetooth®.

At the venue, autonomous entertainment robot aibo is displayed in Europe for the first time. Since its Japan launch in January 2018, aibo has reached over 20,000 units produced and shipped, and is set to launch in the United States this September. In the AI and Robotics domain, several projects are showing steady progress, and Sony will continue delivering new ideas that expand what is possible in the field of electronics by combining its imaging and audio technologies, sensors, and mechatronics with AI, robotics, mobile communications, and more.