For the IMAX experience at home 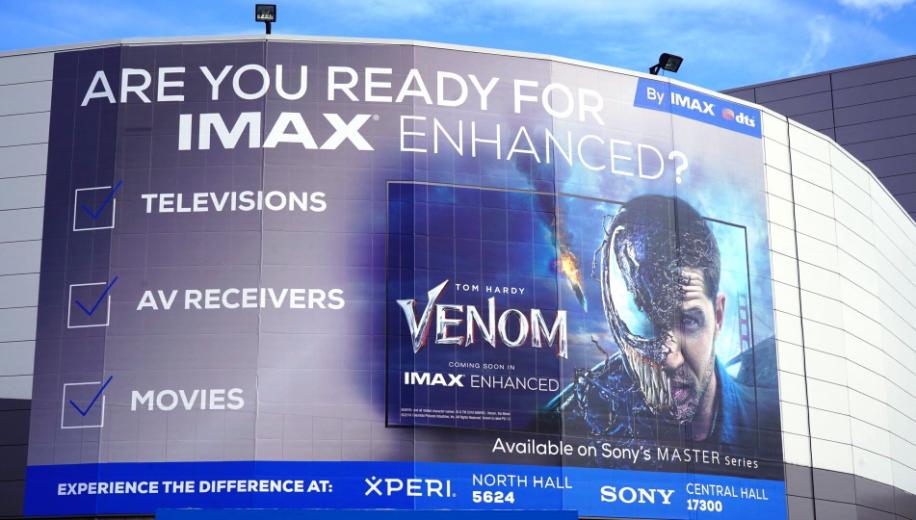 IMAX Enhanced is to be given a boost with the announcement that Sony Pictures Entertainment will be expanding the number of home releases that feature the format over the next two years.

Covering all planned Sony and IMAX theatrical releases, a deal between Sony and Xperi Corporation (not to be confused with Sony’s own Xperia brand) who own IMAX Enhanced and DTS, will also see 100 new titles coming over the next 12 months with hundreds more expected in the years after.

The agreement will greatly increase the presence of IMAX Enhanced content and the new releases will be available across Europe, North America and Asia Pacific regions.

IMAX Enhanced is essentially the home version of the IMAX cinema experience and is achieved by remastering the movie’s 4K HDR content using IMAX’s bespoke system to enhance the image, and adding a special variant of the DTS audio track for greater immersion.

Playing these titles back either on disc or via a streaming platform using the licensed IMAX Enhanced platform on AV receivers and TVs which are certified as meeting the IMAX Enhanced requirements (such as select models from Sony and TCL)  will result in the premium IMAX experience at home.

The announcement comes as cinemas and movie theatres around the world remain closed during the current pandemic crisis and the emphasis for movie entertainment shifts to the home, especially when delivered via streaming platforms.

IMAX Enhanced is currently available on four streaming platforms in 14 countries, among them FandangoNOW in the US and Rakuten in Europe.

Among the titles being lined up for release are recent blockbusters such as Spider-Man: Far From Home and Homecoming, both recent Jumanji movies, Venom, Bad Boys for Life, Spider-Man: Into the Spider-Verse, Men In Black: International, Zombieland: Double Tap, A Beautiful Day In The Neighborhood, Little Women (2019), and Charlie’s Angels (2019).

Pete Wood, SPE’s Senior Vice President, New Digital Distribution, said, ”We are thrilled to announce an expansion of our support of the IMAX Enhanced program with hundreds of additional titles from the legendary SPE catalog, as well as new, theatrical releases for best-in-class home entertainment.” He added. “The success that SPE has enjoyed in collaborating with IMAX and DTS has inspired the decision to significantly increase our commitment and volume of content to meet the growing demand for IMAX Enhanced.”

Why not let us know in the discussion forum if you are looking forward to experiencing some of Sony’s biggest movies in the IMAX Enhanced format and what your viewing setup is.