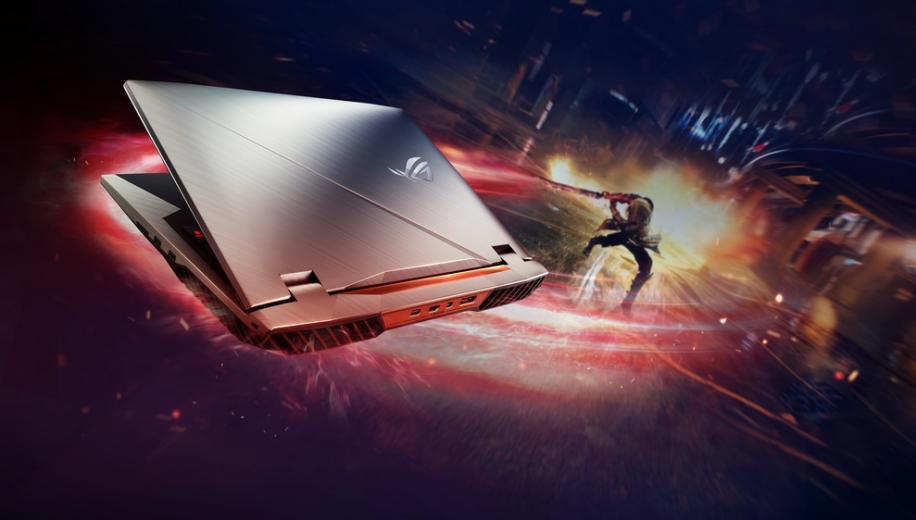 ASUS Republic of Gamers (ROG) has announced three new gaming laptops, the ROG G703, ROG Strix SCAR and HERO designed to give gamers the best experience based on their preferred gaming genre.

The ROG Strix SCAR Edition was built with special attention to FPS gamers looking for a competitive edge. Available in 15-inch and 17-inch models and featuring Windows 10 Pro, the Strix SCAR Edition is powered by the latest Intel Core i7 processors and NVIDIA GeForce GTX 10 Series graphics. The display on the Strix SCAR Edition has a 5ms response time and 120Hz refresh rate to deliver smooth visuals and to eliminate motion blur, and an even faster 144Hz, 7ms display option will soon be available. The Strix SCAR Edition also comes with a desktop-style keyboard layout, fast-actuation keys, and N-key rollover.

Taking both its name and design inspiration from the combat assault rifle packed by special forces, Strix SCAR Edition is crafted in gunmetal grey and is apparently finished with the feel of bullet-proof Kevlar. The compact body is as thin as 2.3cm and as light as 2.3kg

The ROG G703 is the world's first gaming laptop to feature a 17.3-inch Full HD wide-view display with G-SYNC technology for a 144Hz refresh rate and 7ms response time. The ROG G703 is powered by an overclocked Intel Core i7-7820HK processor that reaches speeds of up to 4.3GHz. The built-in NVIDIA GeForce GTX 1080 graphics can reach a maximum boost clock of up to 1974MHz.

The ROG G703 brings combines laptop and console gaming: with built-in Xbox Wireless, so you can connect Xbox accessories to the PC without the need for multiple adapters, and without having to swap controllers when switching between console and PC.