TV shipments scored big in 2018 thanks to World Cup

No penalty for TV sales 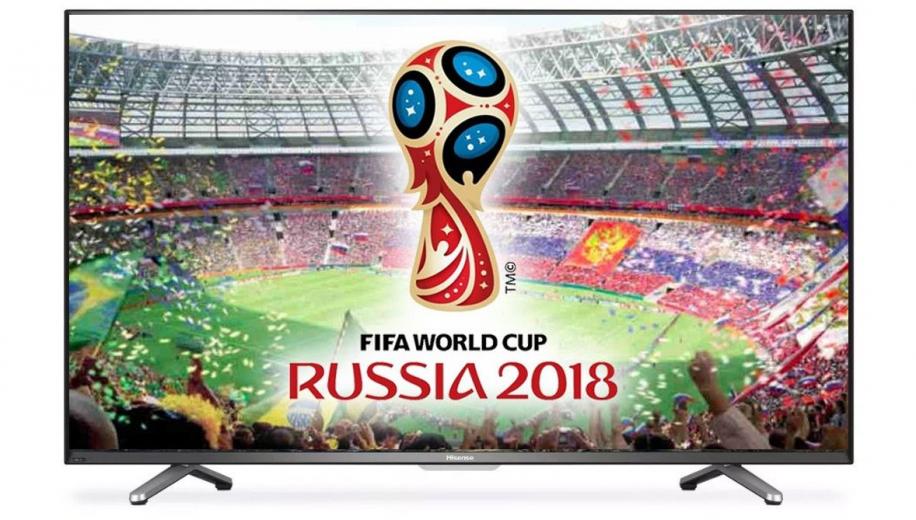 It only comes around once every four years but after figures showed a spike in sales, TV manufacturers might be pushing for the World Cup to become an annual event.
Annual sales (counted as numbers shipped rather than numbers that actually find their way into homes) of TVs hit 221 million during 2018, a growth of 2.9%, thanks to a sales peak spurred on by the World Cup in Russia.

Acting as a catalyst for consumers who might have been ‘waiting until the right time’ the world’s biggest football event drove up sales at the start of the year, which continued throughout 2018 and for the first time more than half of those TVs shipped were ultra-high definition screens, a figure that was reached during the fourth quarter.

In tandem, screen size continues to edge upwards at an average rate of one inch per year. Paul Gray, research director at IHS Markit stated, “With falling LCD panel prices, consumers clearly care more about trading-up in size than about spending less money. Even in Japan, where consumers have been resistant to buying large TVs, the average screen size increased year over year.”

Total UHD shipments totalled 99 million units, China saw the greatest number shipped, with just over 30 million, followed by North America with 24.7 million. Western Europe had the largest percentage of UHD screens shipped, with 63% of the total in that category.

Numbers of smart TVs that support UHD through streaming services also increased and the fourth quarter saw more than 75% of units shipped fall into this category with that figure becoming 85% when looking just at North America - an increase of 10% over the previous year.

Other interesting facts borne out of the research include a figure of 18,600 8K TVs shipped, about which Gray commented, “The launch of an 8K channel by Japan’s broadcasting corporation, NHK, was an important landmark last year, which led to an acceleration in 8K TV shipments in Japan during the fourth quarter of 2018,” According to IHS Markit's own projections, that figure will rise to more than 400,000 in 2019.

OLED sales saw a total annual shipment of 2.5 million units with 900K of those compressed into the final quarter of 2018 and Japan and Western Europe providing the main impetus for those sales, which was an increase of 20% over the previous years sales figures. Bucking this overall upward trend was North America, where OLED shipments actually declined 26%, most likely due to substantial price cuts on large LCD TV sets undercutting OLED attractiveness.

Shipments during 2019 are projected to be a slightly higher 226 million units and after declining unit shipments in 2017, these are reassuring indicators for the industry that there is a market for their latest innovations and TV models, albeit boosted by grown men running after a ball.