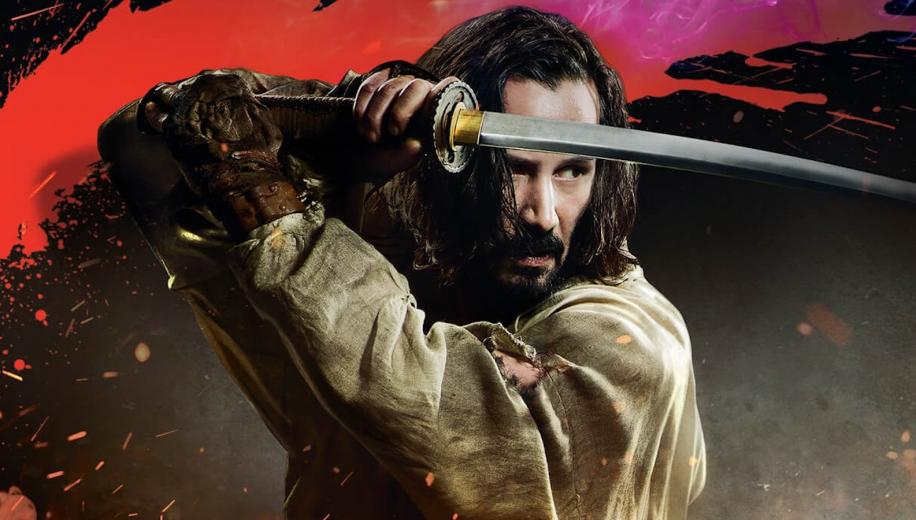 Keanu Reeves' attempt to inject himself - and a whole load of CG fantasy - into an adaptation of the classic tale of the 47 Ronin proved a deeply flawed and misguided attempt to do something strikingly different.

The Revenge of the 47 Ronin is commonly regarded as one of the most famous tales in Japanese history, centring on a feudal lord who rises to the insults of a corrupt official and is subsequently forced to commit ritual suicide for his transgressions, casting his 47 samurai warriors into exile as masterless ronin, forced to bide their time over years until they can avenge their master's honour.

It is lovingly regaled in the De Niro film, Ronin, and has been adapted many times, with celebrated Japanese master actor and longtime Kurosawa collaborator Toshiro Mifune embarking on one of the best received interpretations. However, modern productions of classical samurai fare are few and far between - someone like Takeshi Miike, following Blade of the Immortal, could possibly give it a shot - with Hollywood seemingly incapable of either producing something faithful or reimagining the premise in a modern setting (The Magnificent Seven-style) and giving it a different spin.

Instead, it feels like these productions get greenlit on a basic premise, and then have an increasing number of random fantasy ideas injected into them (c.f. Guy Ritchie's King Arthur). As a result, what could have been Keanu Reeves' Last Samurai, possibly with a little Crouching Tiger, Hidden Dragon mysticism thrown into it, gets rendered replete with giant CG beasts, supernatural mayhem and purely effects-driven fantasy nonsense.

Once you leave preconceptions behind, and accept the film for the flawed fantasy ride it is, a surprising amount of fun can be had

The end result isn't a complete loss, though. Once you accept it's not The Last Samurai (itself similarly flawed for attempting to position a high profile Western star in the centre of a quintessential Japanese samurai tale, just for marketing), and it's going to be more of a King Arthur, Lord of the Rings, Pirates of the Caribbean, John Carter of Mars, mish-mash affair which just so happens to have rather colourful samurai in it - and Reeves - it's actually a pretty engaging fantasy action romp. The imagery is spectacular, the performances are committed, irrespective of where the script is going, with Reeves embracing an atypical role, and enjoying the bushido, whilst the landscape erupts in super-samurai, mega-beasts, and literal dragon-ladies.

Whilst nobody particularly asked for them here, the effects are largely well-implemented, and the characters undeniably colourful. To see The Last Samurai's Hiroyuki Sanada, Tadanbodu Asano (from the Thor films, and recently in Midway), Pacific Rim's Rinko Kikuchi, Rising Sun's Cary-Hiroyuki Tagawa and a whole host of other familiar faces and superb actors get somewhat sidelined in favour of the Western-actor-as-a-star is a frustrating bit of intrusive Hollywood politics, but Reeves does his best to integrate with the rest, and his character is suitably put upon for the duration; and, frankly, this all-star cast only benefits the production when it comes to the drama, which is a cut above, irrespective of the 'daring' approach to the classical material. If you were looking for a faithful retelling of the classic story of the 47 Ronin then - despite the title - you're in for a shock but, really, once you leave those preconceptions behind, and accept the film for the flawed fantasy ride it is, a surprising amount of fun can be had.

47 Ronin comes to UK 4K Ultra HD Blu-ray almost day-and-date with its US counterpart, but only currently available in a premium price Zavvi Exclusive Steelbook. Still, it's likely worth the premium for fans as, despite the 2K Digital Intermediate ostensibly holding back this Ultra HD Blu-ray release, the end results are an absolute HDR/WCG spectacle.

47 Ronin was hardly a massive budget production, but benefited from a certain degree of style and artistry to its effects implementation, heightening the natural palette of the era, and enjoying a slew of primary excesses which, in turn, absolutely pop in 4K. Even without any Dolby Vision enhancement, HDR and WCG work overtime to breathe new life into the various striking tones on offer, noticeable in the deep red of the samurai armour, the green-gold of the witch's satin robes, the yellows and blues - with rich inky blacks juxtaposed against bright peak whites. It's sublime, and a significant, undeniably, step up over the SDR 1080p Blu-ray, Dolby Vision or not.

Detail is also excellent, picking up more intricacies and textures, on facial close-ups and battle armour, as well as the elaborate and fairly expansive sets and settings. However, that HDR/WCG implementation really makes the distinction, breathing life into fiery set pieces, and allowing the feature to pop with impressively intense tones.

47 Ronin gets an impressive DTS:X upgrade, wielding the 3D object-based high definition immersive audio track with aplomb, and delivering a slew of extravagant set pieces that expand out across the array and bring some excellent LFE usage into play too.

Dialogue remains consistently well-rendered, delivered clearly and coherently throughout, largely from across the frontal array, whilst the score attempts to ground the proceedings in weight and emotion despite the wanton fantasy visuals. Effects laps up thunderous CG beasts, mystical powers, clashing sword fights, booming gunshots and explosive fireballs, enjoying some discrete dynamic separation and more than enough LFE, and levelling up the upgraded immersive audio track as a demo player.
﻿

There's nothing new on offer here that wasn't on the original, included, Blu-ray, providing a small salvo of background material.

A few short Featurettes and some Deleted Scenes round out the package. Considering the rumours of a much longer cut, and the troubled background to the production, a little more depth, and perhaps even a Commentary, would have been nice.

47 Ronin is a deeply flawed and arguably misguided attempt to fuse CG fantasy with Japanese samurai lore, but if you ignore the fact that it arguably wastes one of the most famous tales in Japanese history, it's actually a pretty fun guilty-pleasure romp.

Whilst the UK 4K Ultra HD Blu-ray release is only available - currently - as a Zavvi exclusive Steelbook (which, whilst pretty, isn't a patch on the embossed German Blu-ray steelbook from the time of the original release), fans who can't wait for a standard edition will find it reasonably priced and delivering excellent video and audio that's easily worth the upgrade alone.