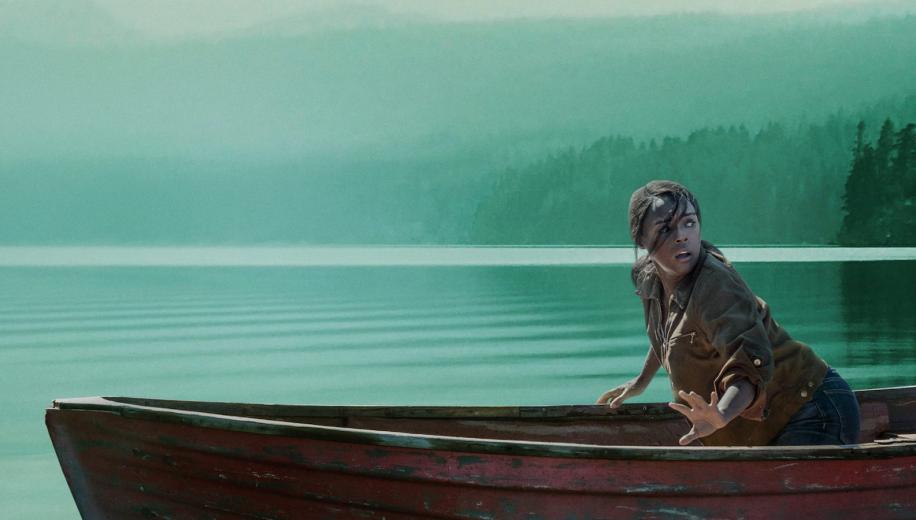 Amazon's Homecoming was a critical smash, garnering praise, a loyal fanbase and plenty of awards traction. The first season was based on the podcast of the same name by series creators Eli Horowitz and Micah Bloomberg, and directed by Sam Esmail of Mr Robot fame. When the TV series was first picked up it was given a two-season order, so this second run isn’t exactly a surprise. It does, however, deviate from the story of the podcast, and so is venturing into uncharted territory.

It was characterised by its unique aesthetic, littered with classic cinema references, which delineated the past from the present in the story. The filmic “Easter eggs” range from the almost subtle – the De Palma-esque split-screens and aerial shots, the Hitchcockian staircase and window-framed shots – down to the downright obvious  - the soundtrack features songs from over 40 classic films, including The Conversation, All the President’s Men, Vertigo, The Parallax View and The Amityville Horror.

Suffice it to say, things are twisty... but a different kind of twisty to Season 1

Season 2, directed by Kyle Patrick Alvarez, takes on a new storyline, though with plenty of links to the first. Janelle Monáe takes the lead from Roberts this time, starring as a woman who wakes up stranded in the middle of a lake with no inkling as to how she got there or even who she is.

It’s difficult to write in any meaningful detail about a series like Homecoming without divulging spoilers. Although Season 2 is shorter and arguably a lot more straightforward than its predecessor, virtually every narrative detail is a spoiler, by virtue of beginning with a lead character who knows literally nothing. Suffice it to say, things are twisty. But a different kind of twisty to Season 1.

Monáe’s character awakes on the floor of a rowing boat, sans oars, dazed and confused. She looks to the shore and sees a man watching her, who runs when she shouts for help. The series follows as she – and the audience – tries to unravel the mystery of her identity, how she got to the lake and what Geist has to do with it. A large portion of the first episode involves people asking her questions she obviously doesn’t know the answer to – a significant fraction of the first script’s dialogue is “I don’t know” – though things start to clear up from Episode 3, as we join the dots between the two seasons.

Although Alvarez mines a similar bag of directorial tricks as Esmail did by occasionally pulling out the close-up zoom, the overhead shot or a well-placed split-screen, this season doesn’t have the same tension or foreboding of the first – largely by demerit of Alvarez being the second Homecoming auteur. There are fewer motifs for film geeks to nerd out about, and even the score is much more conventional than the Cinema’s Greatest Hits that imbued Esmail’s season with such filmic prestige (though it certainly has a Hitchcockian air).

The writing is still rich in tanatalising half-clues, though naturally not quite as loaded or heavy. S1 was a conspiracy thriller, this is a psychological one. The second season serves essentially to expand on the storyline of the first, playing out more like a conventional mystery. It’s almost a shame that the series comprises just seven episodes, when issues like identity, trauma and mental health tease beneath the surface without being properly bitten into. Then again, in this age of overexposure it’s quite nice to see a series with a commitment to taut storytelling.

The start of the series seems like it’s going to be an even more disorientating experience for the viewer this time around – at least in Season 1 we had charming Walter who thought he knew what was going on and Heidi who ostensibly knew what was going on. Following Monáe’s character across the first two episodes is challenging, as she arguably knows even less than we do, though the whole atmosphere of the series shifts in Episode 4 when we start to understand a little more backstory.

It also takes a much broader approach than the first season – rather than a micro study of a few characters it introduces multiple new players and examines the Geist empire and wider society on a broader scale, which makes it at once more accessible and more mysterious. We’re given titbits of information – characters we already knew, connections we now understand – and have to try to figure out how they fit into the broader narrative.

The early episodes play out a bit like a video game, with the viewer following along as she navigates new settings collecting clues. It eventually tapers out into a more standard mystery format which, while not necessarily as ambitious as the first season, is super compelling, eminently bingeable and satisfactorily suspenseful.

If you saw the first season and thought it was too dense and maybe a bit much, then you might prefer this one. It’s essentially a pared down version of the first, with less complex storytelling, a more conventional format and a few tamer directing choices. One thing it does share with Season 1 though is stupendous acting – though Roberts is now only involved as an Executive Producer, we’re still treated to some fantastic on-screen work.

Monáe’s performance is layered, and she’s convincingly befuddled, frustrated and scared as our memory-impaired lead. There are a few familiar faces who pop up around her too, including James as Walter Cruz and the excellent Hong Chau as Audrey, who gets a more involved role this time around – it’s fascinating to watch her character’s multiple functions and relationships play out, and understand a little more about that brilliant final episode and the post-credits scene from Series 1. Stalwart additions Chris Cooper and Joan Cusack bring some needed dark humour and additional depth to the series, too.

The trouble is, we’ve run into that age-old sequel problem. It’s seriously, famously, stupidly hard to make a follow-up that’s as good as its predecessor. We know it’s true in movies, and it’s becoming increasingly true in this age of prestige television. Homecoming mark one was so unique and crafty that it was always going to be a tough act to follow. The second season is in no way bad – it’s a compelling mystery that upends expectations and provides plenty of intrigue. If you didn’t have Season 1 to compare it to, it’d stand out as a really good show that offers a compelling plotline and fantastic bingeability with just seven half-hour episodes.

It’s a compelling mystery, bolstered by good performances and the series’ signature style, but maybe a little ham-strung by comparisons to its predecessor. Ultimately, it’s good, but is a little bit more forgettable than Homecoming Season 1 – no Geist products required.