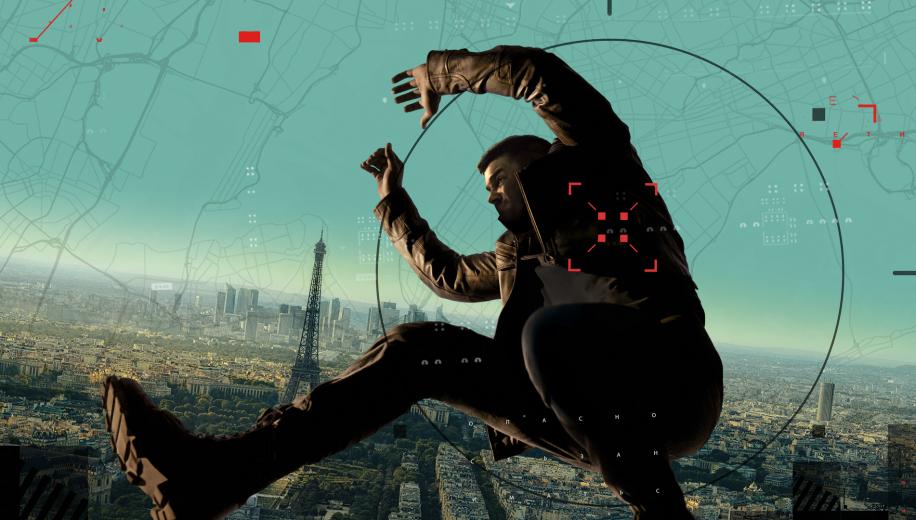 Ludlum's Bourne books have been adapted into a very different - but largely no less enjoyable - series of films, which take a brief hiatus for some small-screen spy thrills.

Fans of the original books may have been surprised by how different the film adaptations were, but there's no denying the spark of energy and visceral entertainment that propelled both the refreshingly original first outing and its superior, franchise-high sequel. By the third time out of the gate, whilst still thoroughly enjoyable, familiarity had set in, seeing a detour in the Bourne Legacy 'spin-off' which didn't last very long when filmmakers realised that Jeremy Renner wasn't going to end up being a go-to replacement for Matt Damon (a lesson similarly learned in the Mission: Impossible franchise after the abortive attempt to sow seeds in Ghost Protocol). The return of Damon was indeed welcome, but Jason Bourne (now following the naming culture du jour - John Wick, Jack Reacher, Jack Ryan), whilst enjoyable, didn't offer anything really new, instead opening up old wounds for an overly familiar story of conspiracies and betrayals which had already been well-served by the original trilogy... then leaving the story open-ended for a sequel which may never arrive.

Refusing to let the franchise die, however, Bourne follows suit with many other popular franchises (Taken, Hannibal, Scream, Bates Motel, Terminator: The Sarah Connor Chronicles), transitioning to the small screen, under the name Treadstone - the organisation that birthed Jason Bourne - with a view to not only expanding the lore, but possibly building the groundwork for a further return to the Big Screen.

In the 70s, captured CIA Agent John Bradley completes the final stages of his brainwashing at the hands of the Soviets, under a new program called 'Cicada'. Upon his return, his CIA colleagues don't trust him, and Bradley has to go on the run to prove what happened to him.

In the present day, a North Korean General speaks out to a journalist about the mysterious activation of a number of sleeper assassins across the globe - Cicadas - which is linked not only to the abandoned Treadstone program but also an active nuclear missile stashed away ever since the Cold War.


Treadstone could have been terrible. It could have been Taken. Even the idea of going back to the original program in the 70s could have gone desperately wrong, but somehow it hits all the right notes, crafting an effective multi-stranded narrative across parallel timelines, all efficiently tied into the same imposing threat of a hidden nuke.

Rather than just relying on a 70s set prequel - which may have been interesting, but would have been repetitive and overly familiar as it likely would have just gone over territory largely covered by the Bourne movies, only in a different setting - they infuse that interesting premise into a current plot that features a number of different assassin characters, none of whom immediately give up their intention or agenda - possibly because they don't even know it. As the mystery unfolds, it's so convoluted that you can't make the connections (the old couple with the buzzing shed provide one of the most surprising early reveals), but it is also satisfyingly plotted, so you are forced to keep guessing as the myriad players come to terms with their own pre-programmed agendas and, individually, decide whether or not to go along with their implanted missions - if that is even a choice.


Whilst it is not easy to see how this series is going to lead back into another feature film, another season would be more than welcome

Another benefit of the multi-angle approach is that no one individual has to shoulder the burden of having to keep this production on track, giving this cast of relative unknowns a good shot at embracing their secret assassin characters. Jeremy Irvine provides a solid start to proceedings in the hectic 70s prologue, but piano teacher Han Hyo-joo is also impressive in her North Korean skirmishes, whilst oil worker Brian J. Smith (on familiar territory too) busts heads in Alaska so well that On Deadly Ground's Steven Seagal would be proud. More familiar faces like Omar Metwally (recently in both The Affair and Mr. Robot) and Michelle Forbes (The Killing, Battlestar Galactica) play catchup as CIA agents trying to clean - or cover - this mess up, and veteran character actor Tzi Ma gets a surprising cameo in the season opener.

Better when it's following the 'assets' as they try to figure out who they are, than when we're back at Langley for some full-throttle spy-speak, Treadstone has some interesting ideas up its sleeve, as well as some kick-ass action sequences which - whilst informed by the movies, are still refreshingly kinetic for a TV series. The fights enjoy that we-rely-on-improvised-weapons vibe established in the first movie; the chases are rich with clever escape-and-evade tactics; and there's plenty of practical parkour-esque scaling of buildings and traversing roofs to add that extra level of heightened tension. Most importantly, there's actually a plot behind it all - or, more accurately, multiple plots - and whilst it is not initially easy to see how this series is going to magically lead back into another feature film (whether Bourne or Treadstone in name), another season of globe-trotting super-spy hijinks would be more than welcome.