Ant-Man and the Wasp Movie Review

A fun but lightweight filler, so hurry up with Captain Marvel! 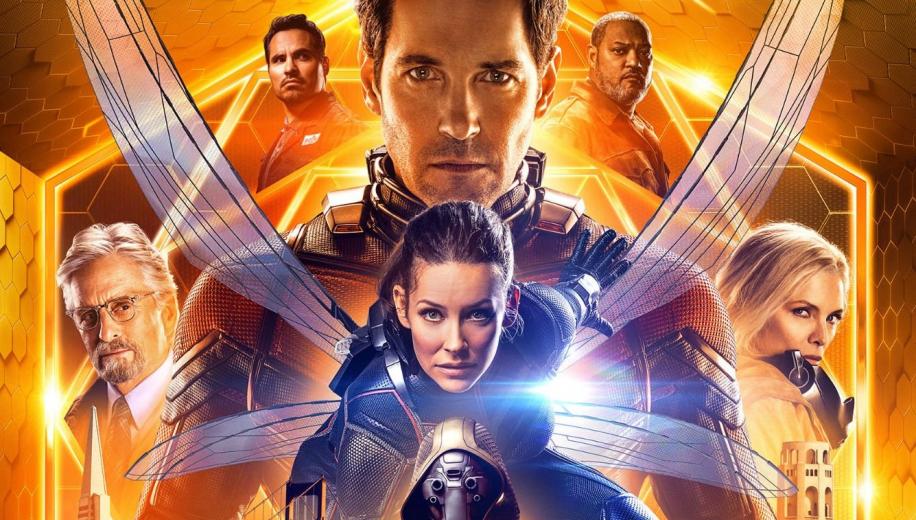 Unfortunately delayed a month due to the World Cup, this fun but flimsy complete filler movie predates the events of Infinity War to show just what Ant-Man has been up to since he went big in Civil War.

After Infinity War changed the landscape of the Marvel Cinematic Universe in a BIG way, it's almost odd to go backwards in time to fill in the gaps, but as we wait for Captain Marvel to introduce herself and hopefully make a dent in next year's Infinity War sequel, Ant-Man and the Wasp takes us back to the small-scale universe of the incredible shrinking man to explain what he's been up to since he took a side in Civil War. And the answer is: not a lot.


Ant-Man and the Wasp takes us back to explain what he's been up to since Civil War. And the answer is: not a lot

Director Peyton Reed (who notoriously took over midstream from original frontrunner Edgar Wright on the first movie) handles this sequel from the ground up, bringing back co-writer Paul Rudd's size-shifting ex-criminal protagonist Scott Lang, and his now super-skilled partner, Evangeline Lilly's Hope van Dyne, the titular 'Wasp', as they undertake the most personal of missions for her father and his mentor, former founding Ant-Man, Michael Douglas' Hank Pym: to find his missing wife, Hope's mother, Michelle Pfeiffer's Janet van Dyne, the original Wasp, who was lost in the Quantum Realm. Although previously hinted at in the first movie, this sequel kick-starts by establishing precisely what happens to Janet, with some fantastic de-ageing (utilising footage from her early performance in Ladyhawke) to turn back time on Michelle Pfeiffer, finessing a now-common CG technique not only in other franchises like Blade Runner, Terminator and Star Wars but in the MCU itself (Downey Jr. in Civil War, Kurt Russell in Guardians of the Galaxy Vol. 2, and Michael Douglas in the first Ant-Man, for starters).

Cut forward to the events post-Civil War and Scott Lang is coming to the end of his 2 years' house arrest pursuant to his siding with Captain America's 'rebels', and, having made it through much of that time without contact from either Pym or his daughter, who are fugitives, is forced to reunite with them when he receives what he thinks may be a message from the missing Janet Pym, from within the Quantum Realm...

After the dark betrayals of Winter Soldier, the first foray into space with the Guardians of the Galaxy proved the perfect antidote, and after Age of Ultron's grand-scale team-up, it seemed like Ant-Man was the perfect super-sized, small-scale follow-up, so it's almost understandable that the next film after Infinity War attempted to go sideways, go different and go for laughs - as that's been the tried-and-tested trend.

Honestly, though, this Ant-Man sequel feels like a rush patch job, affording an intriguing premise (the original Ant-Man review noted how more time with the original Ant-Man and the original Wasp would have been welcome) but stretching it way beyond breaking point, through two hours of repeated action sequences, lacklustre villains, and abortive FBI raids, to a conclusion which could have easily been wrapped up pre-credits before a real narrative begins. The cast do their best - although several scenes play out as if they're all having an 'off' day - with Rudd still an affable protagonist, Douglas affording some solid veteran's experience to the project (here joined by a slightly wasted, poorly written extended cameo for Lawrence Fishburne) and both Evangeline Lilly's Wasp and Hannah John-Kamen's newcomer Ghost getting to provide the kick-ass female contingent. Oh and Michael Pena's innovative motormouth still gets some great comedy moments. But the script and story are just poor.

Whilst Peyton Reed celebrates the fact he had this project from the ground up, it's hard to ignore the fact that the first movie may have actually benefited from Edgar Wright's original input, which is lacking here. The other reality may be that the first movie simply didn't have a very good script either, but didn't need it as much, because the novelty of Ant-Man himself was strong enough to carry the movie. Here some of the best scenes come from a similar attempt at innovation, making things big, small, or in-between, and turning San Francisco into one big toy car racing track.

The trouble is that it's all rather repetitive - and obviously so - with a juggle of retrieve-the-object shenanigans between the heroes, the FBI, Walton Goggins' badly-wigged threat-less villain and the poorly realised would-be antagonist, Ghost, which goes on ad nauseam, to the point where the clock-ticking finale feels anything but tense. It's poor plotting, with nobody really sure what they are doing beyond scraping from (admittedly innovative) setpiece to setpiece in a desperate bid to extend the runtime so they can justify a feature length runtime, when the actual story could have easily been told in a Short, or, as aforementioned, and extended pre-credits sequence.

It's understandable the desire to shift focus to something small after the grand scale Infinity War, as Marvel have done so many times before, but really the events of Infinity War (Part 1!) were just too big to ignore for the sake of this insubstantial filler. It would have been better to release Captain Marvel now, and then the sequel to Infinity War at Christmas; this is the first Marvel movie in a long time which could easily be skipped.