Aquaman makes a splash in his first origins movie 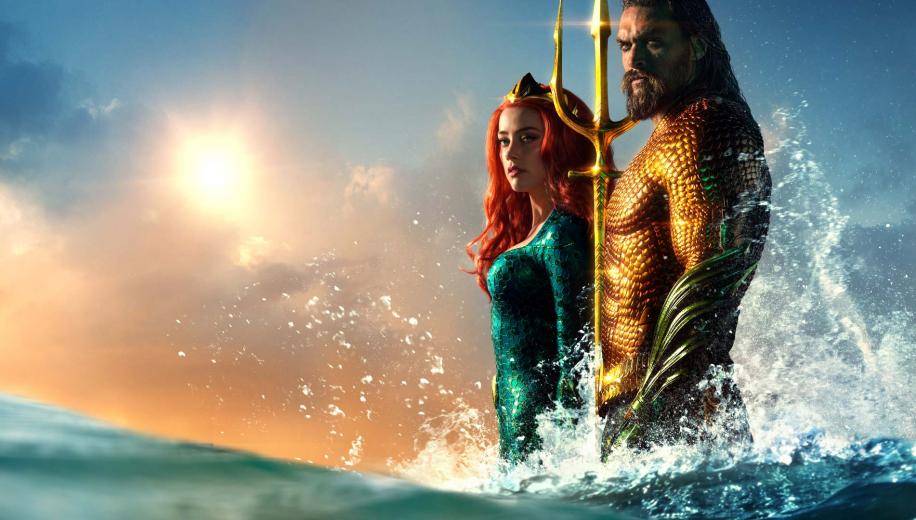 With the likely loss of both Affleck's Batman and Cavill's Superman, will a surprisingly fun Aquaman be able to salvage Warner's Justice League plans?

Born to the Queen of Atlantis and a regular mortal man, Arthur Curry/Aquaman (Jason Momoa) was destined from birth to be part of something much bigger than he could have imagined. Able to swim at great speeds, speak and breathe under water and commune with the sea life, Arthur possesses all the abilities of an Atlantian, but as a grown man he refuses to be a part of the ancient underwater world his mother was from. Rocking a surfer-meets-biker dude look with a definite air of nonchalance, Arthur uses his abilities now and again to save those in peril - so long as it doesn’t interfere with a potential good time.

But when Princess Mera (Amber Heard) pleads with him to go back to his home under the sea to help her stop King Orm initiate a war against the land dwellers, using a gambit that would see him turn into the Ocean Master (a pretty tough guy with a bucket load of power) Arthur begrudgingly steps up to the plate. Oh, and the only way for Arthur to do this is to take up his birthright as the one true king of Atlantis, obviously. But this is no mean feat, for Arthur to take up the throne he needs to get hold of a special trident that is surrounded in myth and legend. And, of course, there are bad guys trying to get in his way, namely Black Manta (Yahya Abdul-Mateen II) who has his own reasons for wanting to put an end to Aquaman. So together, Arthur and Mera set about trying to prevent the end of the world as they know it.


Side stepping away from the horror genre, director James Wan tries his hand here at a superhero movie and for the most part does a pretty decent job.

Side stepping away from the horror genre, director James Wan tries his hand here at a superhero movie and for the most part does a pretty decent job. The plot is without a doubt both very generic and very shaky in places. There are some sizeable plot holes that get brushed over without the bat of an eyelid and parts of the narrative that never get fully developed or even go anywhere, but in all honesty, it’s quite easy to look past this and enjoy the film for what it is: it’s cheesy blockbuster fluff that looks visually spectacular (particularly in all of its IMAX glory!) with a simple narrative that gets the job done.

There’s a fine line walked here between cheesy and camp and sometimes the film doesn’t quite know what side of the fence it wants to be on. With moments that generate laughter for all the wrong reasons combined with scenes that are completely immersive and impressive, this film has a lot going on. It’s as if the filmmakers took all the best bits from their favourite films (Indiana Jones, Gladiator, Lord of the Rings to name but a few) and made scenes in Aquaman to fit them. But somehow, it all works, even the ridiculous montage sequence has a place here. Visually, the film was rather spectacular to watch, unlike a lot of DC films which tend to be quite dark and gritty in tone, here the colours are bright and vibrant - especially when it comes to the realisation of the city of Atlantis. The costuming also works extremely well to keep the characters looking like they stepped out of the pages of a comic book whilst also adding an extra level of detail to deepen the sense that everything is underwater. And there are some very well choreographed fight sequences which look all the more awesome in the various watery settings.

The casting here is all pretty solid. Of course Jason Momoa fits the role of an updated Aquaman to a tee. He looks completely natural in the forged underwater surroundings and seems to play the character with ease exuding a sense of cool along with a macho bravado, which seems to be his thing. Leading the way for Momoa’s Arthur is Mera who looks halfway between Ariel from The Little Mermaid and someone from an episode of Star Trek.

Willem Dafoe and Nicole Kidman are two pretty big names who have sizeable roles (and some double-take worthy CGI facelifts during flashbacks) and seem to have a fair amount of fun with their characters. I mean, this is hardly going to be a standout performance on either of their CVs but nonetheless they play their parts with conviction, and even Creed II's Dolph Lundgren returns for his second Big Screen flick in a month. The only real weak link here is Yahya Abdul-Mateen II as Black Manta, not because of his acting abilities, but because his character felt shoe-horned in without being given much of a back story or development and, aside from one scene set in Italy, he doesn’t really do much.


Whether you’re a fan of the comics or just love a good action movie, you’re sure to find something you’ll like here.

Aquaman is a fun underwater frolic that, despite feeling rather long in places (there is so much crammed into the running time), is both visually enjoyable and entertaining. Yes, storyline is a bit all over the place, and yes, there are some super cheesy moments but whether you’re a fan of the comics or just love a good action movie, you’re sure to find something you’ll like here.