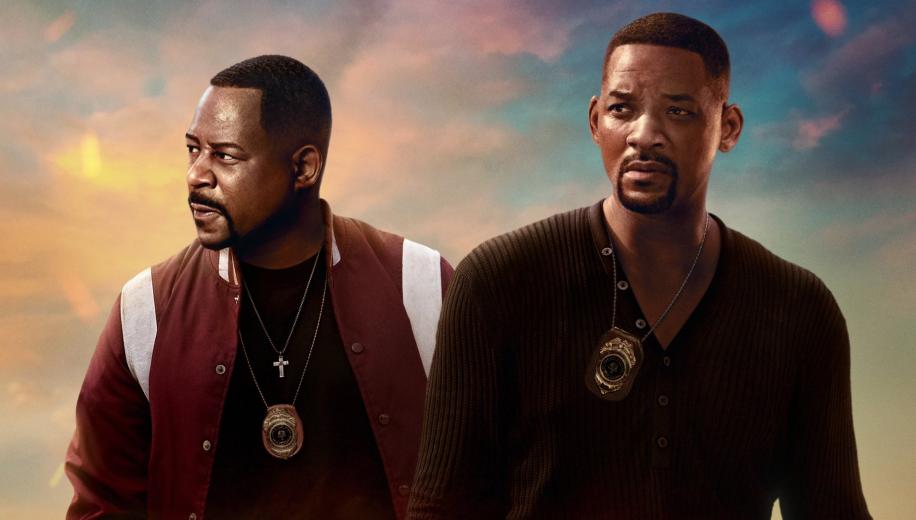 Over two decades after the franchise was launched, this third effort somewhat unbelievably misses the Michael Bay touch, but it's still nice to have these 'Boys back.

Michael Bay might not be very good at coherent filmmaking, but he does have a certain over the top style that, when married with the banter of Will Smith and Martin Lawrence, makes the whole experience quite... unique. Seventeen long years after the last blockbuster entry, when nobody really believed (or possibly even still cared whether) a further instalment would be made, and the boys are back, only without Bay behind the camera. And as messy a maestro as he is (6 Underground), this is certainly his wheelhouse, and - conversely - it's a product so quintessentially Bay (or, Bruckheimer/Bay to be specific - at least we get one of them) that the man is actually missed. Still, Smith and Lawrence do their best to find the roles they left behind them all those years ago, with the former trying to loosen back into the slick part, whilst the latter searches for every ounce of energy he can still muster, coming together for one more tribute performance which hits more of its comic notes than its action notes, but seldom proves less than entertaining even at an overlong 2+ hours.


Considering what's working against it, it's still nice to get another instalment with the Old Bad Boys

After a quarter of a century on the force, Marcus is ready to retire, but Mike just wants to keep running down crooks "until he's 100", although this comes to a sobering head when a ghost from the past puts out an assassination order with Mike at the top of the list. Sidelined by a younger, more high tech police unit called "AMMO" and finding themselves dangerously close to being too old for this, can the 'Boys pull off one last hail mary?


Bad Boys for Life really is about as good as anybody could have expected it to be after all this time. Honestly, it's come over a decade too late, and without Bay finds itself largely playing the imitation game. Little known director brothers Adil El Arbi and Bilall Fallah make for fine helmers in that respect (and give you an idea of what to expect from Beverly Hills Cop 4 - which is at least that it will be better than III), but they are merely trading a copycat version of the style from the previous entries, somehow leaving them dangerously close to parody at times. Still, despite this, it's Smith and Lawrence that keep this train on track, actually digging a little deeper this time around and perhaps even affording the most heartfelt of the entries, between often surprisingly well-timed banter.

Lawrence has actually had a rough ride of it this last decade, so it's nice to see him bring his best (or the best we could expect) for this reunion, whilst Smith hasn't exactly made the greatest choices recently (there's some curious deja vu to one of his last efforts going on here, albeit handled reasonably well until the final beats), and rather oddly appears to be borrowing from Steven Seagal's eclectic wardrobe when it comes to some of his more, experimental, costume choices. But by and large, the duo hit the right notes - finding that bitchy banter a good fit after all these years, and riffing up a storm in several of the best moments.

The action isn't quite as well put together, at least not until the final setpiece, with the trailer telegraphing every single major event (including, unforgivably, most of the final scene too) and showcasing most of the best bits too. Indeed, you're better off reading the entire synopsis on Wiki, as at least that's completely fabricated (clearly April 1st came early). There's a slickness afforded a few of the fights - with Smith up for more of a rumble than his character was previously known for - but it's the larger scale events where the lack of Bay starts to show, or at least the lack of Bad Boys Bay, which is not necessarily the Bay we'd get in 2020.


Smith and Lawrence do their best, coming together for one more tribute performance which seldom proves less than entertaining

There are the mandatory younger faces to join the cast, which never seems a really good idea but continues to be a theme in modern sequels, for everything from The Expendables III to Shaft to Terminator: Dark Fate. Here we get Spring Breakers' Vanessa Hudgens (taking a break from her multiple Netflix outings including Polar, and a couple of Princess movies), Vikings' Alexander Ludwig, and The Purge's Paola Nunez in the AMMO team, mostly affording the opportunity for Smith and Lawrence to feel old - or at least outdated (Mike's reaction to the use of drones is painfully contrived - a little like pretending that granddads would not be familiar with the internet). The film is much more comfortable with the old crew, which thankfully still involves a suitably neurotic Joe Pantoliano, and Theresa Randle as Marcus' beleaguered, and to be feared, wife.

The villains too go young, although there's more logic behind that, with Mexican Queen Kate del Castillo setting off her ballistic missile of a son (Jacob Scipio) to shoot up Miami. It's fairly minimalist plotting which only really comes together for the final act (where it actually comes together quite well), but the Bad Boys films have hardly been known for their strong stories, with Bad Boys for Life comfortably fitting in all of the franchise's most sobering moments, at least a couple of which come as relative surprises.

This is definitely the Lethal Weapon 4 of the series - i.e. a far cry from the first two - but, considering that both the time which has passed, and the age of its cast, were working against it, it's still nice to get another instalment with the Old Bad Boys. If they want to do a Fast and the Furious to the franchise though (and the post credits scene would suggest so), somebody is going to need to pick up the phone to Justin Lin and get him on board.