When things go bump in the night, it's time to take Control... 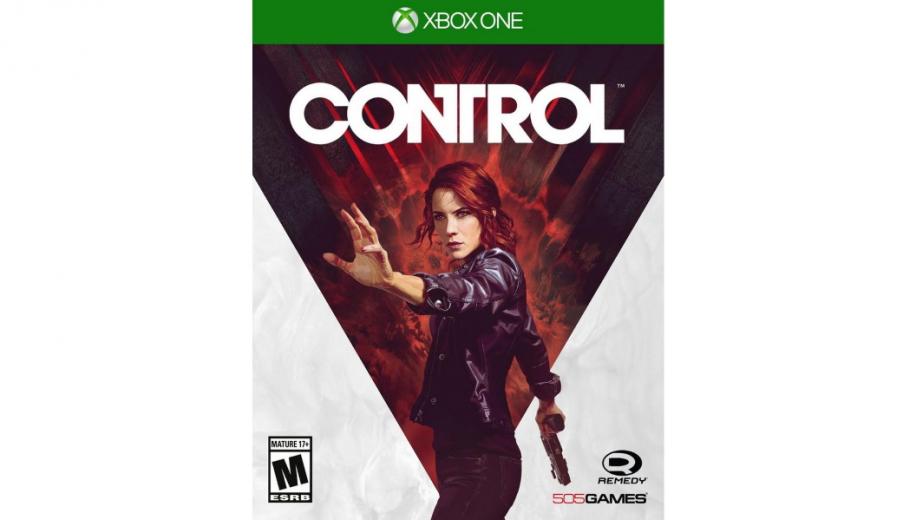 Control certainly has a lot going for it. With a portfolio boasting the Max Payne series as well as the likes of Alan Wake and Quantum Break, Remedy Entertainment has a lot of very positive credentials and this fresh twist on the third-person action genre is intriguing from the very beginning. You take on the role of Jesse Faden, arriving in New York in search of her missing brother, some 17 years after a mysterious (and at the time unexplained) incident that saw him taken away by some strange people in suits.


A kick-ass gun, the potential for supernatural powers and a hell of a mystery to solve” The search takes you to the Federal Bureau of Control, a secret government agency dedicated to capturing, containing and researching the paranormal, and its HQ, dubbed The Oldest House. The building is a living entity within itself, capable of shifting shape and rebuilding itself while also offering pathways to alternate dimensions – and it’s through these planes that an evil supernatural force dubbed ‘The Hiss’ has entered and taken control of the majority of its now ex-employees.

Not for the first time, the story takes a leap of faith by immediately making Jesse the new director after she stumbles into the office of her recently dead predecessor. By picking up a supernaturally-powered service weapon that can transform into various types of Hiss-killing device, she becomes bonded to the building and the strange otherworldly being called ‘The Board’ that offers words of wisdom without ever being properly explained. And so, with a kick-ass gun, the potential for supernatural powers and a hell of a mystery to solve, it’s time to take Control…

The game offers a fair amount of freedom in the early stages, despite having plenty of locked doors to keep you in check. The building is a familiar combination of science labs, industrial sectors and offices that in itself aren’t hugely exciting, but it’s still a very impressive setting, both in terms of the visuals and drawing you into the adventure. There’s a wealth of collectibles, along with weapon mods, upgrades and so on, and so exploration is very much encouraged and we happily found ourselves digging around in every corner as we began to get a feel for our surroundings.

Combat starts relatively slow and steady as you’d expect, although it quickly becomes clear that enemies can, and will, appear out of nowhere, with only a flash of red light as a warning. It’s not a huge problem as the game rarely puts you into huge firefights or constantly spawns enemies in a way that will annoy those of you who just want to keep exploring, but it does mean that even a recently cleared area is no guarantee of safety. The service weapon is a fun way of adopting the usual array of weaponry. It doesn’t require ammo pick-ups, but you still need to wait for a ‘reloading’ period as new ammunition is generated, and the weapon forms you unlock are pretty much the norm: pistol, SMG, shotgun, sniper rifle and a slightly disappointing grenade/rocket launcher. You’ll find your own favourites but by the time we’d been through some of the many upgrade options, the ‘Spin’ SMG proved surprisingly potent while the core ‘Grip’ pistol never let us down.

It’s a similar story to the abilities you can unlock, in that they’re all variations on something you’ll have seen before. You start with a half-decent melee hit and, depending on the paths you take, you’ll subsequently gain access to a telekinetic ‘Launch’ throw, a quick-dodge move, a temporary shield, the ability to turn a foe into an ally for a short period, and be able to take your jumps to new heights with levitation – which in turn gives you access to previously unreachable areas of the map.

Again, your own playing style might dictate what works best for you, but after a few upgrades Launch was our go-to weapon of choice for large chunks of the game, giving one-hit kills to most of the low to mid-level enemies. Used in conjunction with the SMG (alternating during reload times or when your energy levels are recharging) and tied into some slick levitation and manoeuvring, we found it quite easy to get into a rhythm with Control and were having a lot of fun getting to know the place. After a bright start and having unlocked a few new sectors within the building, the game does settle down somewhat. The over-arcing mystery and the many strange goings-on around The Oldest House will likely still be at the core of your actions, but it doesn’t really drag you too far out of the norm as you might have expected. Despite plenty of talk of alternate dimensions you really only get to see a few glimpses behind the curtain of the Astral Plane and an otherwise very normal looking motel foyer – though it is a nice setting with some decent puzzles to solve to get out again.

And so you get into a routine of exploring new areas and then back-tracking through them as the main missions and a variety of side missions drag you back-and-forth around the map. There are also optional ‘Bureau Alert’ missions that give you a limited time to clear a breach but they rarely seem worth the effort, even with the option to fast travel to a nearby location. These fast travel spots are housed within Control Points that you cleanse and unlock as you progress and, to the detriment of your more natural progression, they also serve as checkpoints and respawn hubs.

By itself, the system wouldn’t be a huge issue, but with immersion-crushing loading times it becomes an increasing annoyance. Without checkpoints you could find yourself with a long walk back to a boss fight, having to face all the same enemies and interactions along the way and that can get frustrating very quickly. Especially when some of those bosses or harder enemies can pack one or two-hit kills (rockets or unseen snipers that take 75% of your health, for example), including one battle on a suspended platform that is constantly being destroyed and you die every time you fall through a crack – before having to endure that long loading screen and an even longer run back into the action. On the flipside, it is a very good incentive for self-preservation!

There are several other flaws that can’t be ignored as well. The framerate bottoms out at times, usually only for a second or two after unpausing or respawning so it’s not a major problem, but we did see a few issues in combat, often in the same areas where lots of physics effects were mixed in with some fast-paced action. The menu interface is unnecessarily awkward, requiring lots of back-steps to make changes (for example, you can’t see new mods without locking in to an already equipped one first, which might not be the one worth swapping out) and on several occasions it froze on the first page and we had to back out entirely. And on a minor point, the map isn’t always clear on your route – the destination is handily highlighted but the various levels are unclear and you might find yourself looking for a door or a walkway that’s on another floor. There are still plenty of positives throughout those central hours of the game, with some great presentation including some nice cutscenes and dialogue options with some of the surviving Bureau members. Visually, the game is solid, boasting ‘real-time ray tracing’ which essentially boils down to smarter and sharper lighting and shadows, and it does show with the, otherwise ordinary, setting really brought to life in places. The game also has some nice destruction effects (which the building conveniently repairs for you) and there are some impressive physics on display from your launch powers and with explosions throwing dust and paper up into the air.

The lack of inter-dimensional experiences is coated over a little with various ‘Objects of Power’ and ‘Altered Items’ – everyday products that have taken on a lethal, strange or just plain weird persona – that you have to track down and cleanse, typically with a fun and not-overly taxing puzzle to solve to do so. If you’ve seen Warehouse 13, you’ll get the idea. It might have been nice to see more, or to see the game lean a bit more in this direction rather than generic fix, fetch and kill quests, as these were a very enjoyable break from the norm.

The usual array of collectables is also more interesting than your average fare, making the many documents and videos worth a look (including a classic 80s-style music video and a crap-but-creepy puppet show), and some of them will also offer clues to countering those aforementioned supernatural items. We’d especially like to doff our caps at how Alan Wake is documented in the case files as an ‘Altered World Event’ – and Remedy fans will be pleased to hear both the Alan Wake and Max Payne voice actors are on call, while Jesse is voiced by the actress who played Beth in Quantum Break.

By the time things begin to wrap up over the last couple of hours, Control really does up its game. The upgraded weapons and abilities finally begin to feel truly potent and the last few missions brilliantly ramp up the excitement and intrigue after something of a mid-game lull. We wouldn’t say it was too little, too late because we’d still thoroughly enjoyed the journey there, it’s just that the game’s limitations can make it more than a little frustrating as well.

With a good beginning and a great ending, Control is very close to being a truly great game. Beautifully presented with a compelling narrative, some slick combo combat and one of our new favourite NPCs in Ahti, the creepy but cool janitor, we’d happily encourage anyone intrigued by the concept to give it a very serious look.

Perhaps we’d like to have seen a little more in the way of creative gameplay or more striking locations given the potential of Control’s set-up but there is still a really, really good game in there. However, ultimately we do also have to acknowledge Control’s flaws, with the slow load times and lack of checkpointing really killing the mood on too many occasions. So don’t expect perfection, but rest assured that Control is still very much an experience that’s worth looking into.