Deliciously over the top 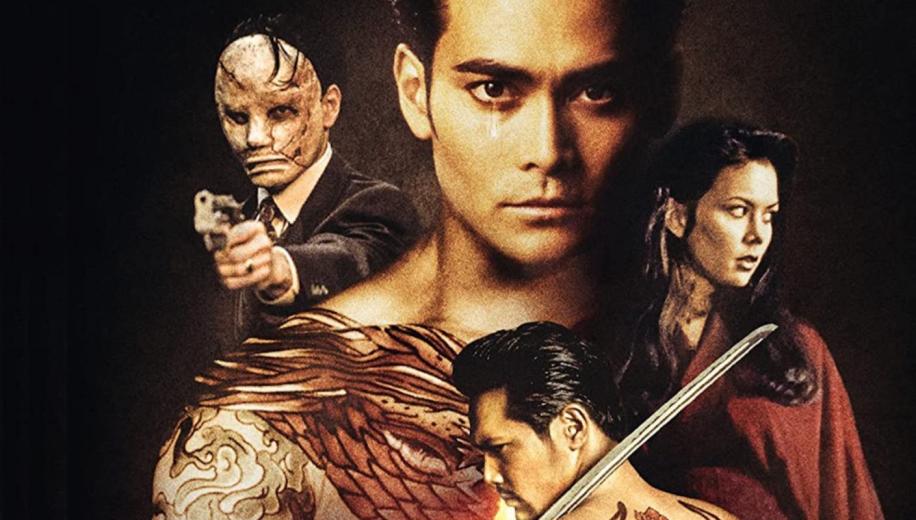 Christophe "Brotherhood of the Wolf" Gans' striking directorial debut is a perfect example of effective style over substance.

Adapted from the Manga series of the same name, Crying Freeman felt ripped straight from the comic's pages - and was indeed strikingly faithful to its source - with Gans going full French John Woo in his overblown slo-mo, gravity-and-logic-defying action sequences, all turned in on a minimal budget, largely relying on star Mark Dacascos' impressive Capoeira-informed martial arts prowess to carry the flimsy fable replete with its overdubbed, undercooked acting. The balletic gunplay and hyper-stylisation is pure Woo, rising above all to deliver a surprisingly intoxicating ride.

Indeed, even the script would have been right up Woo's street - when almost supernaturally gifted one-man-army assassin Yo fails to kill a witness to his latest slaughter, and indeed instead falls in love with her, he must defy the clandestine organisation he works for to protect her life, whilst reclaiming his own, all in the midst of a gang war between the Triads and the Yakuza in San Francisco. It's silly and convoluted, unforgivably overcooked, and boasting a childlike romanticism, but still somehow manages to remain stylish and atmospheric enough to make for just about one of the best pre-2000 comic book adaptations, and one hell of a directorial debut.

The balletic gunplay and hyper-stylisation is pure John Woo, rising above all to deliver a surprisingly intoxicating ride

Crying Freeman would prove one of those very rare, relatively prominent lead vehicles for vastly underrated action man Mark Dacascos, who was gifted a long overdue Big Screen Hollywood bow in John Wick: Parabellum, but actually only really ever did a couple of noteworthy pieces across the last three decades of his career - both, perhaps surprisingly, for Christophe Gans (Dacascos' Mani is the unsung hero of the also vastly underrated genre-blending masterwork that is Brotherhood of the Wolf). With a Terminator-like demeanour, but a tortured soul beneath, Dacascos' Freeman is a wafer-thin comic entity only kept engaging thanks to the actor's physicality, bringing forth inventive and impressive martial arts and gun-fu back in the days when the only person coming close to playing with this kind of stuff was someone like Woo. And he'd do his stunts for real too, dancing and whirling across the screen with a Bruce Lee-like majesty.

The story is simple, but spins along at a suitably propulsive pace mostly courtesy of its non-linear framing, bursting with slo-mo finesse but also clever enough to leave all the exposition and backstory to integrated flashbacks, reliant instead upon a slew of explosive action setpieces to define your watch. Exceptionally staged and superbly choreographed, and atmospherically scored too (a rare and evocative track from Patrick O'Hearn that is equal parts reminiscent of Eric Serra's work for Luc Besson back in the days of Nikita and Leon and the film scores of Tangerine Dream), the flaws in the characterisations (the striking but badly-dubbed Julie Condra - who would become Dacascos' real-life wife after this - is a desperately weak link, and even the normally reliable Tcheky Karyo, also inexplicably dubbed by none other than Hellboy's Ron Perlman, can't escape the messy comic book insanity) all but fall by the wayside in the face of some jaw-dropping action, which builds to a must-see jungle hideout finale that is so gleefully over-the-top it'll leave you grinning.

Crying Freeman comes to German 4K Ultra HD Blu-ray in the absence of any announced US or UK counterpart, with a generally pretty good native 4K presentation for this Ultra HD Blu-ray release.

Clearly expectations have to be mitigated for this release - it was shot on a nothing budget, in 1995, and didn't even have a US release at all until its Amazon Prime bow a couple of years ago, so is unlikely to ever be the subject of lavish treatment. That said, it was shot on film, and at least earns itself a native 4K package here, with HDR too (don't take it for granted, particularly on niche international releases - c.f The Neon Demon's SDR 4K Blu-ray) and, even if the results are far from flawless, it's a marked improvement over the 1080p Blu-ray release (the French Steelbook release is solid, even if not English-friendly, but this puts it to shame). Whilst not avoiding softness - DNR implementation has been a little heavy handed here - close-ups are almost uniformly strong, revealing skin detail and clothing textures, and for such a heavily stylised piece, with plenty of close-ups, there are still some impressive visuals here. Mid-range is more prone to faltering, but is still a noteworthy improvement, with some fine noise that persists but hardly plagues the presentation, instead giving it a filmic edge. It is variable, but it would be hardly fair to expect much more from this film.

Of course, HDR and WCG level the presentation up a notch, bringing forth strong skin tones, lush green foliage in the 'jungle' environments - whether at home or abroad - and sparks of explosive fury during the action sequences, which come with a satisfying amount of practical pyrotechnics. Black levels are strong and deep, providing a solid backdrop, and overall it's a healthy upgrade - sure, hardly without its faults, but really the best you could expect from this kind of, at best, cult action classic. It's also almost certainly the only English-friendly 4K release that fans will ever see, if not the only 4K release the film will ever get fully stop so, with moderated expectations, you'll likely just feel grateful it got decent treatment at all.
﻿

Crying Freeman doesn't get an kind of Atmos upgrade, but that's ok, the DTS-HD Master Audio 5.1 track - likely identical to the Blu-ray's equivalent - is easily good enough already, happily engaging you with a demo delivery.

Dialogue remains firmly prioritised throughout, given clear and coherent dissemination largely across the frontal array, whilst the effects - which are often quintessentially 90s, in a Woo kind of way - still carry some weight, particularly with the larger calibre weaponry and explosive bombast ever at the ready. That tremendous, moody and percussive score is also an unsung hero in this whole production, and thankfully gets lavish treatment here, drawing you into the mood of the piece and punctuating the action sequences with beat-laden impact. It's a great track.
﻿

Although the film itself is English-friendly in that it has subtitles for the non-English sequences, fans aren't quite so lucky on the extras front, with a hefty package that provides a slew of Interviews, Featurettes, Promotional Material and Deleted Scenes, but unfortunately doesn't afford all of the non-English elements English subtitling (which isn't particularly useful when it comes to an Interview with a French Director).

Not a bad package

Amidst the offerings here, however, we still get to enjoy a quality Mark Dacascos Interview, a number of Archival Featurettes in English, some Deleted Scenes in English, and some English Promotional Material. If your French or German are up to scratch, the bevvy of Christophe Gans-centric material - the Commentary and Interviews - will likely prove of interest too. Either way it's not a bad package, but it wouldn't have hurt to have had that extra subtitling layer.

Crying Freeman emanates from the John Woo school of action movies, steeped in faux-complex tales of loyalty and betrayal, assassin's codes and gang wars, love and death - poeticising and romanticising the assassin sub-genre like only Woo (or perhaps Besson) really could. Christophe Gans pulled off a feat of genuinely effective style over substance here, and went on to deliver the tremendous Brotherhood of the Wolf, but - like his go-to star Mark Dacascos - never really got the acclaim he deserved. Crying Freeman is hard to rationally look upon as a genuinely good movie, but many action fans would give it a top tier place as an absolutely classic guilty pleasure.

Crying Freeman is hard to rationally look upon as a genuinely good movie, but many action fans would give it a top tier place as an absolutely classic guilty pleasure

Turbine Median's German 4K Blu-ray release of Crying Freeman﻿ comes as a pleasant surprise. It's a film that was likely far from the top of anybody's list, but a welcome choice nonetheless, getting a new lease of life with a strong enough video presentation, decent audio and - perhaps most importantly - English-friendly subtitles for the non-English sequences. It's a must-have for fans of Dacascos, Gans and Brotherhood of the Wolf (which has also largely gone unappreciated in the West at least in terms of release/cuts), and anybody who has never come across it should probably consider it a little like discovering an unseen 90s Woo 'classic', only with a distinctly French flavour. It's highly unlikely the film is ever going to get a 4K release anywhere else in the world - the 1995 film wasn't even released in the US until it hit Amazon Prime in 2018! - so this package, even if it's not perfect, comes recommended.