Drop the Hammer in 4K 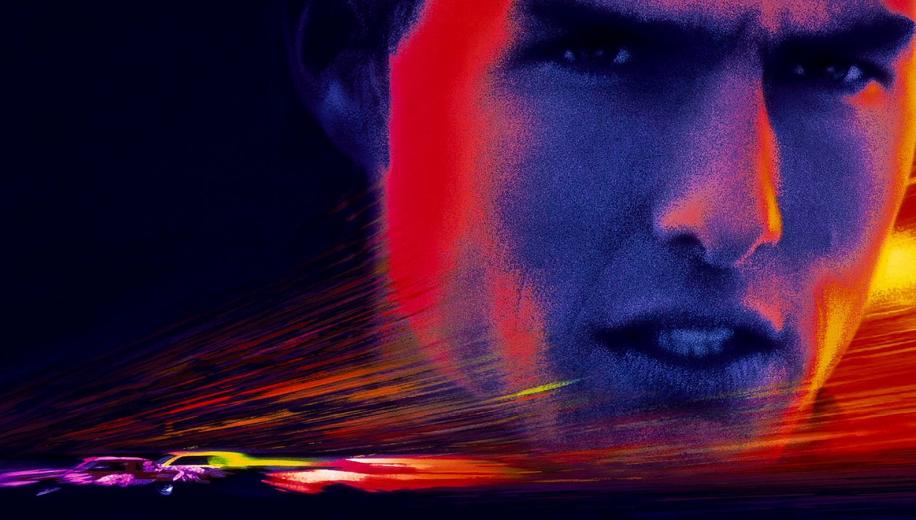 Cheesy and over the top, Cruise's Top-Gun-with-cars is still an absolute blast of a guilty pleasure, with Cruise and Duvall afforded some great banter and still some of the best race sequences of all time.

Cruise's 80s/90s assault on Hollywood followed the Top Gun format - at least insofar as his character was concerned - across a number of subject matters, basically delivering Top Pool, Top Cocktail, and, later, Top Lawyer (and Top Military Lawyer for that matter). Some of his more impressive work came not long after Top Gun, when he took a demanding and underrated role opposite the scene-stealing, Oscar-winning work from Dustin Hoffman in Rain Man, and then came the closest he ever has to an Oscar with his Best Actor Nomination for Born on the Fourth of July, but with his 1990 reunion with Director Tony Scott in Top Car, his path as a star was set.

Written by Chinatown's Robert Towne, co-starring the great Robert Duvall, as well as Cruise's then-wife Nicole Kidman, with Tony Scott and his regular cinematography (including on Top Gun), Ward Russell in tow, as well as Hans Zimmer on score duty, all of the ingredients were in place for another all-time classic. Whilst the end result doesn't go down in film history with quite the same iconic impact, it remains a superbly crafted piece of big budget popcorn entertainment nonetheless.

Days of Thunder follows the Top Gun format very closely. Whilst the same statement could be applied to both Cocktail and The Color of Money, it was never more true than in this spiritual sequel, which used almost the exact same mould: Cruise's arrogant best-of-the-best character, a wild horse who needs to be tamed; Michael "Cliffhanger" Rooker's equivalent to Val Kilmer's Iceman role, initially an antagonistic rival who eventually bonds with Cruise's character, particularly when the 'real' enemy appears; plenty of training montages showing Cruise honing his craft; a tough and more mature romantic interest who shows disdain for Cruise's arrogance but is eventually won over - Nicole Kidman basically playing Kelly McGillis' role from Top Gun - and a tragedy involving one of Cruise teammates which rocks his confidence and which he must overcome to win the day. Despite the familiar formula, however, Days of Thunder only proved the case, recapturing much of the Top Gun magic and largely doing for racing and NASCAR what Top Gun did for flying and US Navy fighter pilots.

Scott plays almost the entire first act as an extended montage, with only a scattering of actual 'scenes' interjected amongst the music video style footage of car racing, dialogue snippets and training / racing moments that basically take Cruise's driver from zero to hero in short order. It's masterful work, and it's impressive to see Scott work his magic to turn nothing into something, with Robert Towne's snappy dialogue only really working in the interactions between Duvall and Cruise (who best the surprisingly wooden Kidman in terms of chemistry; a fact cemented by their excellent reunion on Jack Reacher). Duvall is never less than watchable, of course, and Cruise is... well, Cruise. Likeable, charismatic, cool and exuberantly confident, charming you with brute force and wild, unchecked natural skill, but seldom showing (or allowed to show) much more than was already evident in Top Gun's Maverick. Whilst the racing is up there with the best of the best. Sure, Le Mans '66 coupled impressive racing with much stronger character work, but Days of Thunder provides sheer, unbridled entertainment, and stunts which impress arguably even more because of the lack of CG, with dozens of cars roaring around the track at high speed and in very close proximity to one another ("rubbing is racing!"), making the racing sequences almost as rare a sight as the flying in Top Gun. Hardly a great film, it's still something of a classic racing movie, enjoying that undeniable feel good formula of all sports dramas, and leaving you struggling to avoid getting swept along for the high speed ride.

After the excellent native 4K Dolby Vision rendition of Top Gun, it's hard not to make direct comparisons to the similar era Days of Thunder and come out as marginally disappointed as a result, but the reality is that this is comfortably, easily, the best the 1990 production has ever looked, pulling ever iota of detail from the original film, rendering images lovingly textured, with evident grain signalling that no aggressive DNR has been implemented here, and staying true to the film's sun-kissed look, which - mirroring the formula of the rest of the movie - stays true to the Top Gun style (and, of course, Tony Scott's directorial style) which basically means plenty of low-sun sequences and warm, stylised shots to define the piece.

Of course, HDR and WCG particularly help in respect of this colour stylisation, along with the added enhancement of Dolby Vision, although that latter element does leave a couple of patches of slightly unwieldy noise evident in the skies across some of the racing sequences; a very mild distraction which is far overshadowed by all the good the DV, HDR and WCG tools do in raising the peak brightness, affording inky blacks and making the colours pop - as much as is necessary - with primary vibrance. It is a more variable 4K presentation than Top Gun, despite being slightly younger, but at least it stays true to the original style of the production, rendering a faithful native 4K Dolby Vision enhanced upgrade to Days of Thunder which shines on the format.
﻿

Days of Thunder doesn't get a conclusive upgrade on the audio front like Top Gun did, with a distinct lack of Dolby Atmos, but nonetheless the Dolby TrueHD 5.1 track is pretty-much demo, drawing you right in from the opening beats of Zimmer's excellent score.

Dialogue remains firmly prioritised throughout, given clear and coherent dissemination largely across the frontal array, whilst effects ignite with the roar of the car engines, booming around the track with full metal fury. It's chaotic, energetic and completely engulfing, drawing you into the intense action sequences and making you feel every impact (every "rub") and every crash, with some decent although not quite spectacular LFE input to add extra weight to those standout moments. It's the score that truly wins the day though, with Zimmer on fine form, drawing in surprisingly heartfelt tones perfect for a quality sports drama, and further sweeping you up into the race across the finish line.
﻿

The 4K release doesn't really sport much in the way of extras .

Not much in the way of extras

There's a brief Featurette with Bruckheimer spending little over 5 minutes reflecting on what Tony Scott put together here, but the real hidden gem is the Isolated Score Track option which is a welcome, unexpected addition.

Days of Thunder isn't quite the all-time classic that Top Gun was, but nonetheless it still does largely for cars what Top Gun did for planes, and Cruise is on fine form, particularly well served by Duvall as the perfect gruff foil, whilst the film delivers some of the best racing action and stunts ever shot in a pre-CG era.

Paramount's UK 4K Blu-ray release of Days of Thunder ﻿lands day and date with the UK 4K Blu-ray of Top Gun, and makes for the perfect companion piece, similarly boasting excellent native 4K video enhanced further by Dolby Vision, as well as tremendous audio even without Atmos. It comes recommended.