Wait, you mean there was a Deep Blue Sea 2? 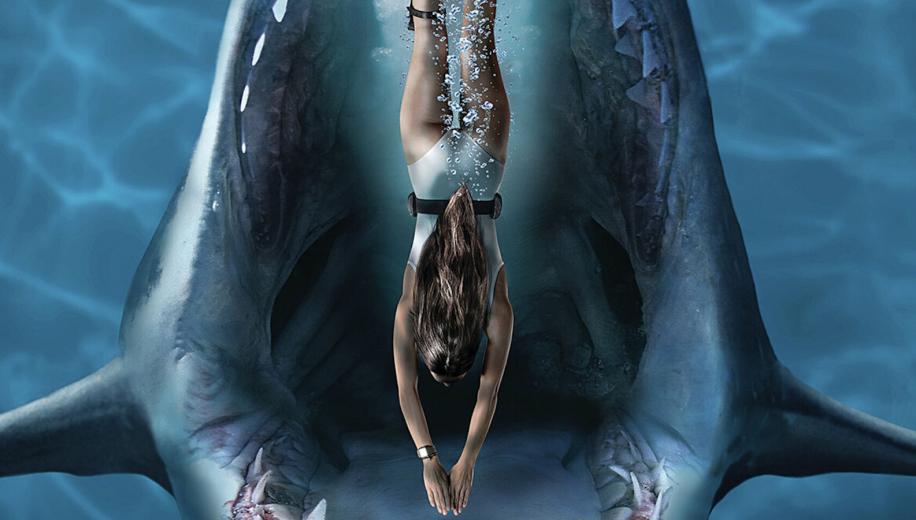 Forget Deep Blue Sea 2 - if you'd even heard about it in the first place - this third entry is a much more watchable effort even if it's still quintessentially DTV, and is available in a cheap digital triple-pack with the fun 20-year-old original.

1999's Deep Blue Sea was probably mostly memorable for all the wrong reasons, but it was quite an entertaining entry in the still relatively niche shark movie sub-genre - one which, but for perhaps The Shallows - hasn't really had a noteworthy entry since Jaws (and possibly its first sequel). Thomas Jane, Saffron Burrows and Samuel L. Jackson, some genetically engineered super-sharks, and a number of rather surprising deaths; that's probably what most people remember. But there was also LL Cool J, and he had a parrot.

Almost 20 years later, 2018's Deep Blue Sea 2 inexplicably sought to reignite the franchise at a DTV level - think: Backdraft 2 (oh, sorry, haven't heard of that one either? no big loss) - securing a noteworthy 0% RT rating and proving itself let down by low budget effects, recycled ideas and bad acting. It did, however, somehow do inexplicably well on disc - shark flicks are really quite a niche after all - leading to a direct sequel (but please don't take that as a cue to watch the second movie first).

Doctor Emma Collins is conducting research on a floating man-made village, hoping to use the behaviour of marine life - in particular sharks - to help predict climate changes and avert an environmental apocalypse. When an old flame turns up talking about predatory bull sharks on the loose, that he's been hired to hunt down, she finds herself roped into tracking them, but it's not long before she finds out that these are no ordinary bull sharks.

There are probably two ways to judge Deep Blue Sea 3: in comparison to all movies, in which case it's a little low budget, the effects don't always hold up, the performances are mixed and the plotting limited. Or in comparison to other shark movies, in which case it's probably easily batting way above average, hardly coming close to the Jaws or Shallows of this sub-genre, but a long way off its direct predecessor.

For starters, the underwater photography is pretty impressive, with a decent location and setting (kind of a low-rent Waterworld set) for the movie, and solid cinematography exploring the depths and the initial encounters with sharks (where the effects - a combination of real, and relatively clever effects - work). As the deaths and attacks get increasingly elaborate, whilst they lose points for effects, they certainly make up for it with innovation (the decapitation is insane, even the first movie didn't try to pull that off). And the cast are just about held together by Goliath's Tania Raymonde, who is called upon to wear inexplicably (or rather, perfectly explicably, given the marketing strategy) G-string-like swimwear at all times, but who you're invested enough in to care about her plight particularly in the last third of the movie.

As shark movie selections go, it's the best option we've had in a while, likely nudging it up a point for fans of that sub-genre

Deep Blue Sea 3 isn't going to win any awards, but it probably isn't going to win any Raspberry rewards either. It's not the first movie, but if the second was like Jaws: The Revenge, this is like Jaws 3. Pretty damn hokey, but a new location and some innovative setpieces (the finale is a hoot) smooth over the effects and stupidity for the most part. And, as shark movie selections go, it's the best option we've had in a while, likely nudging it up a point for fans of that sub-genre.