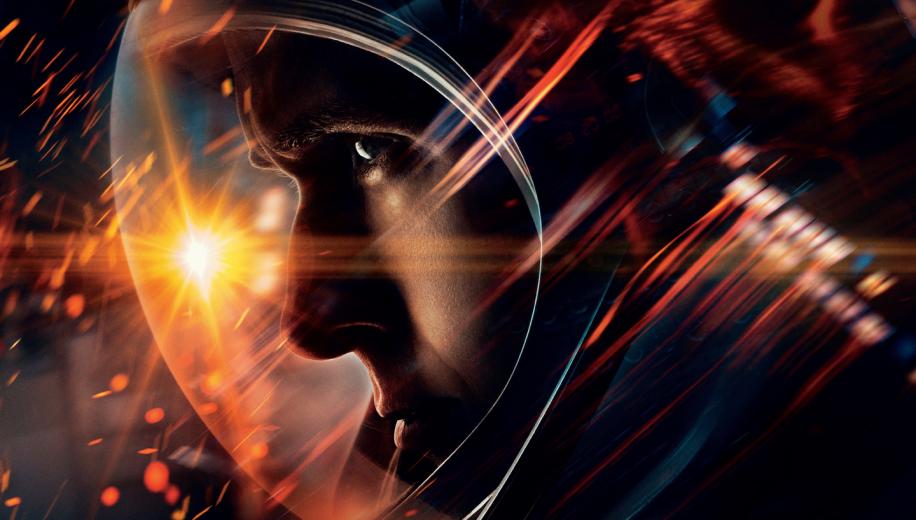 Ryan Gosling and Damien Chazelle shoot for the moon to tell the story of Neil Armstrong’s most famous journey.

At first glance you could be forgiven for thinking that Damien Chazelle, of Whiplash and La La Land fame, has strayed away from what he’s known for in making a biopic about the behind-the-scenes machinations that went into planning Neil Armstrong’s journey to the moon.

That said, though First Man might not be about a jazz aficionado or a budding drummer, its beating heart of dedication, obsession, graft and fear of failure is pure Whiplash.

First Man takes the audience through the long, and often quite dull, road that led to the actual mission to put man on the moon. There were tests, failed tests, revised tests, and the tragic fire on Apollo I. There were tensions between Armstrong and Buzz Aldrin (Corey Stoll).


This is a man of few words, who somehow managed to speak one of the most immortal lines of all time.

The film begins jarringly, with handheld closeups and shaky camerawork plunging us straight into the astronaut’s world; Armstrong (Ryan Gosling) is in the middle of a test flight. The opening sequence sets up the premise of the film perfectly, and introduces our protagonist as a level-headed hero with the ability to completely focus on the task at hand.

Soon after, the Armstrong family unit, headed by Neil and his wife Janet (Claire Foy) is beset by tragedy, and we see first-hand how Armstrong internalises his grief and worry. This is a man of few words, who somehow managed to speak one of the most immortal lines of all time. Chazelle + Ryan Gosling have already proved to be a winning formula, and here the leading man is well-cast as Armstrong – portrayed as a stoic, solid and seemingly unemotional NASA stalwart. Gosling’s performance is characterised by quiet intensity and a silent intelligence that befits the sombre tone of the film, and plays perfectly against Stoll’s vocal and volatile Aldrin.

This is a serious, authentic-feeling character study, that masterfully combines emotive recreations with a superb and understated performance from Gosling. After all, the film isn’t called ‘Moon Landing’– it’s ostensibly and unapologetically about Armstrong, and is an effective and almost clinical character study of a man famous for his quiet demeanour. Contrasts between the all-out dedication to visiting the moon and Armstrong’s reticence at home as his wife openly struggles with grief serve as an interesting balancing act, giving the film a much-needed emotional depth.


This is a serious, authentic-feeling character study, that masterfully combines emotive recreations with a superb and understated performance from Gosling.

There’s been much publicity surrounding the film’s so-called lack of in-your-face American patriotism, but despite some rather animated news reports, First Man does show the flag planted into the moon’s surface, and there are plenty of other occasions where Americanism is emblazoned on screen loud and clear. But this isn’t a film that’s obviously about glorifying the USA’s efforts in the Space Race; it’s a careful and considered character-driven piece that culminates in a truly spectacular and immersive climax that displays all of Chazelle’s technical skillset, and that of cinematographer Linus Sandgren. The screenplay, by Josh Singer (Spotlight) goes back and forth between scientific and involved scenes of astronautical technicalities and scenes from Armstrong’s private life, in which he struggles to show emotion and has a sometimes strained, almost cold relationship with Janet.

Though the film is skilled in recreating the historic circumstances of the race to the moon, and the actual scene of the moon landing is indeed breath-taking, the script is so laser-focussed on the story of Armstrong that it doesn’t really allow much of a historical background at all; there’s no opportunity to engage with Armstrong’s encounters with the rampant racism and sexism of the time, for example.


It looks likely that one giant step for mankind could lead to award nominations for Chazelle, Gosling and Foy.

We are, of course, heading into the autumn, traditionally the season for would-be award-winners to appear at our local cinemas. This isn’t the first space-themed epic to show up around this time either; First Manis, ironically, following in the footsteps of big-hitters like The Martian and Gravity. But there’s something more serious and gritty about First Man that sets it apart, and it looks likely that one giant step for mankind could lead to award nominations for Chazelle, Gosling and Foy.

Not a fun film, but a film chock full of accuracy, specificity and a brooding performance by Gosling. A must for anyone interested in the moon landings, NASA or outer space, this is also a stellar example of technical filmmaking and a gripping watch.