It’s classic Shyamalan; the grand idea that doesn’t quite live up to the execution. 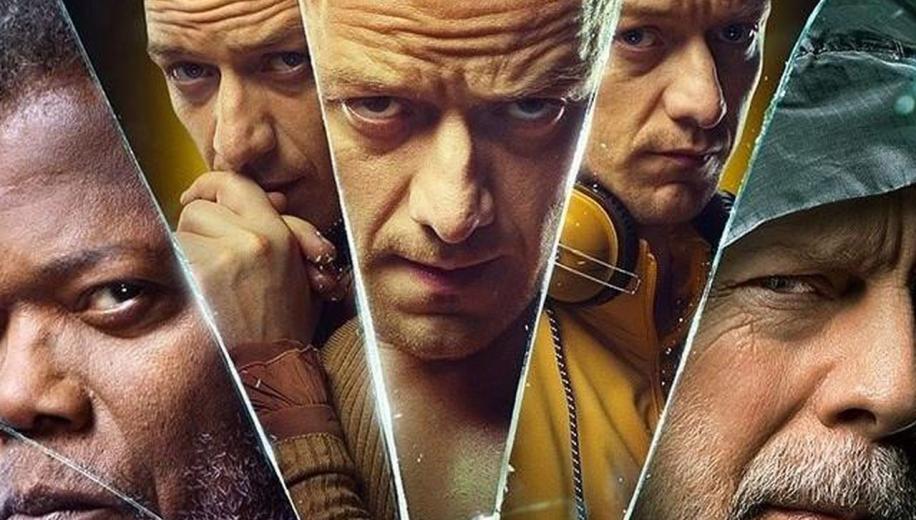 What should by all rights be a loose end-tying, mystery-solving pièce de resistance does in fact manage to live up to its name – broken, splintery, easy to see through.

2016’s Split famously waited until the very last scene to reveal that, all along, it had been a sequel to M Night Shyamalan’s superhero saga Unbreakable. It was a savvy move that ensured the film’s name was floating around the internet for weeks after its release. Glass is well-publicised as the third part to the trilogy, and unfortunately doesn’t manage to hang on to any of the awe and intrigue Split’s final seconds managed to conjure up.


A bit of a transparent attempt to bring back some of his most loved characters and mash them all together for one huge blockbuster.

It’s an unstated time after the events of Split. Kevin Crumb (James McAvoy) is being dominated by the villainous Beast and is back to his old ways of kidnapping young girls. Meanwhile David Dunn (Bruce Willis) spends his evenings roaming Philadelphia’s streets in the search for crime.

The two were, as we have learned over the course of the previous two films, destined to meet; though when it finally happens it’s a little anti-climactic and the pair end up being taken to a maximum-security mental health facility that just so happens to be the home of Elijah Price (Samuel L Jackson), who also goes by Mr Glass. For those viewers who haven’t seen Unbreakable, Glass is an evil maniac with a power complex who orchestrated terror attacks to discover Dunn’s ‘unbreakable’ superpowers. Dr Ellie Staple (Sarah Paulson) is in charge of the trio inside the facility and is attempting to rid them of their “superhero delusions”. It should come as no surprise that her therapy sessions don’t end up going quite as she’d hoped.

Shyamalan is of course known for his instant classic The Sixth Sense, which on the one hand catapulted him to cult status and on the other hand condemned him to a ‘peaked too soon’ fate. Many of his films since have been bizarre, disappointing, misunderstood or some combination of all three (hello, The Visit). Unbreakable ended up becoming something of an ‘ahead of its time’ cult classic years after release, while Split was probably Shyamalan’s biggest hit since Haley Joel Osment saw all those dead people (though you could argue that a very clever marketing scheme did most of the work).

Glass has a lot of big ideas, and it’s certainly got its entertaining moments, particularly in the expanded scope of IMAX. But it’s so fragmented and crammed full of long bits of dialogue and saddled with a bit of a flop of an ending that it almost makes you forget that these characters are well-conceived, clever and unique. It’s quite spectacular in part, and by the time you get to the end it seems like you might (maybe?) have seen something that had something to say.


It’s fragmented, full of long bits of dialogue and saddled with a flop of an ending.

Thing is, as much as this is presumably intended to be the director’s singular vision and a magnum opus, we’ve seen iterations of this before. Hero meets villain meets villain… on paper this formula could be describing any of the Avengers or X Men sequels. And those films did it faster, with more excitement and more energy. This is, of course, a very clever and fairly intellectual take on the superhero condition, buoyed by a typically wide-ranging performance by McAvoy and a delightfully weird Jackson show.

It often seems as though Shyamalan had this one big idea and stretches dialogue and actions and manufactured tension and semi-decent red herrings around it until it all fits. For example, are we really expected to be surprised when, in a film called Glass, Mr Glass breaks from his catatonic state and begins to have a part in the action? That said, it becomes quickly apparent that the titular character isn’t really functioning as the main character here. Even the troupe of returning characters – Casey (Anya Taylor-Joy) from Split and Dunn’s son Joseph (Spencer Treat Clark) and Elijah’s mother (an inexplicably young Charlayne Woodard) from Unbreakable – are present in varying shades of usefulness. Paulson’s role is entirely thankless, with some diabolical lines and little-to-no character backstory or development, despite being entirely key to the film’s narrative.

What Glass has going for it is a unique tone and look – we’re quite saturated with superhero films at the moment and the films in this trilogy have always been excellent at setting themselves apart. It’s watchable – due in no small part to the fact that McAvoy really takes the lead here.


What Glass has going for it is a unique tone and look – we’re quite saturated with superhero films at the moment and the films in this trilogy have always been excellent at setting themselves apart.

Glass isn’t particularly well thought out, the characters aren’t developed, the action sequences aren’t anything to write home about… it's a bit of a transparent attempt to bring back some of his most loved characters and mash them all together for one huge blockbuster. Even McAvoy’s exuberance and some clever twists can’t quite save it from cracking. It’s easy to see right through it.

It serves as a very efficient metaphor for Shyamalan’s career as a whole – full of promise, with plenty of artistry and intellect, it doesn’t ever quite live up to its potential, asking too much of its audience and being just a tad too weird to love.