Great all round performer for a bargain price! 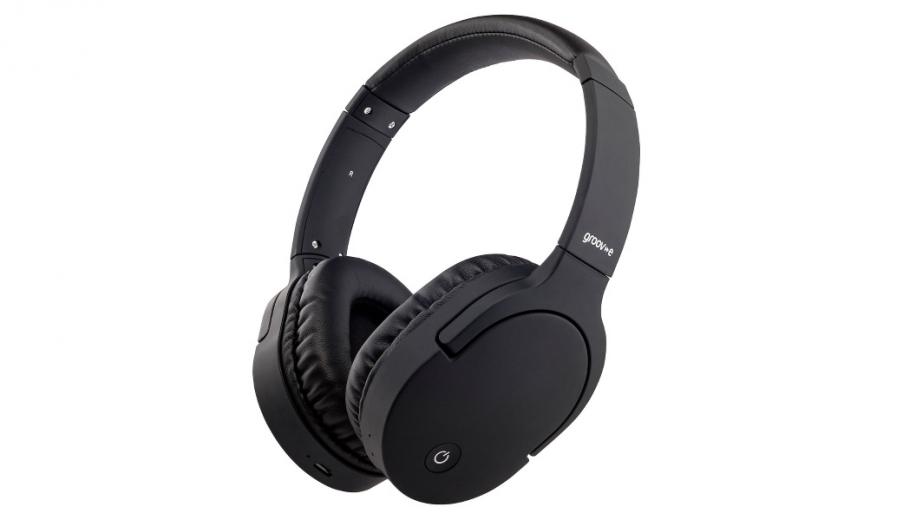 What are the Zen Groov-E Wireless Headphones

If you tried to give today’s teenagers a gadget and it had a wire attached to it, they would look at you as if you had crawled out from under a rock and had come from some long forgotten distant past, when we all had to struggle with the pain of plugging headphones into our smartphones and Bluetooth meant you had eaten one too many sour blue raspberry sweets. Oh happy days.

Fortunately, technology moves along and wireless headphones are now commonplace with options available from more brands than you could shake a stick at and catering for all budgets. One such brand is Groov-e who is providing our review sample today of its Zen Wireless Headphones with Active Noise Cancelling. At a very reasonable RRP of £49.99 (available for less than £30 at time of writing) it is clearly targeting the budget end of the market and feature 10 hours of wireless audio playback, super bass, soft ear pads and hands-free microphone. Read on to see if the Groov-e Zen performs well in our review…..

What about the Design and Controls?

Unless you specifically go out of your way to find blingy alternatives, the vast majority of wireless headphones tend to look very similar. The Groov-e Zen are no different with an all-black design, featuring a rubberised plastic feel to the exterior and soft ﻿cushioned ear pads. They certainly won’t attract any unwanted attention when you are wearing them. Out of the box, we get a Groov-e branded carrying﻿ pouch, 3.5mm audio cable and micro USB charging cable.  The headphones themselves feature an adjustable headband, which should suit all head shapes and sizes, and swivel earcups. The left headphone is where all of the controls are situated with the volume up/down and previous/next song buttons, ANC on/off toggle switch, 3.5mm aux cable socket, microphone and LED indicator. To the face of the left headphone we find the multi-function button which has various functions including power, Bluetooth pairing and call features. On the right headphone, we have the micro USB charging socket and charging indicator light. As they are budget headphones there is unfortunately no wireless charging but what they do have going for them is that they are incredibly light, weighing just 202g. Coupled with the soft cushioned ear pads it makes them comfortable to wear although they have been a little stingy with the cushioning on the headband.

A reasonable specification for a set of headphones costing less than £50, but at that price you won’t find the likes of aptX support.

Despite most headphone and earphone manufacturers shoehorning all the controls into one multi-function button, which on paper sounds like a recipe for disaster, they do tend to work fairly well although it does take some getting used to when you have to press the button for different lengths of time to activate different features.

The Zen are the same with the single multi-function button acting as power on/off, Bluetooth pairing and call features. It takes a little getting used to but once you are familiar with it, the control system works well. To turn on or off you hold the MFB for about 5 seconds, the headphones will announce power on, then Bluetooth connecting with a final announcement when Bluetooth is connected. If it is the first time you’ve turned them on they will automatically enter Bluetooth pairing mode and you can easily connect them to your smart device. To play or pause the last song played you just hold the MFB for one second. Via the volume up/down and previous/next song buttons, a quick press of either will choose the previous/next song and for the volume controls you have to hold the button for a few seconds. We found this the fiddliest of all the controls often changing track when we simply wanted to alter the volume. Then for the calling features, a quick double press of the MFB will dial the last number called in your phone, hold the MFB for 1.5 seconds to reject a call and during a call a quick press will end it.

During our testing these all worked well (apart from the volume controls), although a separate on/off button would have been better rather than having to hold it for so long to turn it on or off. With the call features, the call quality wasn’t the greatest, it was reasonably clear but sounded tinny through both the headphones and to the person on the other end of the phone.

As for the audio quality, the very first thing to mention is do not turn off the active noise cancelling under any circumstances. We’ve had this in the past with other ANC enabled devices, with ANC on the audio quality is good, but with ANC off the audio quality is terrible. During our initial testing with the Zen when we had not yet turned on the ANC, we were likely to give this review 1/10 and bin them as it was not a nice listening experience in any way. We aren’t sure why manufacturers make their headphones sound so bad with the ANC turned off. It’s almost like the ANC on/off button is a token gesture. But moving on to the audio quality with ANC turned on, for a budget pair of headphones we were suitably impressed. Using our usual test suite of Amazon Music, Apple Music, Podcasts and YouTube the Zen performed very well. With pop tracks, such as the new James Bond theme by Billie Eilish, Lewis Capaldi’s excellent Someone You Loved and heavier rock tracks such as Sound of Silence by Disturbed and Back In Black by AC/DC, the Zen coped well across the board.

The audio quality held up even at high volume levels although over about 80% volume level it did start to break up, but this was uncomfortably loud for our ears anyway, so for most we don’t think that will be an issue. The bass level was reasonable, perhaps a tad over the top in some instances, but the treble level was about right with clear and crisp vocals. At under £30 for a pair of headphones there wasn’t much to complain about at all for the audio quality, just remember never to turn ANC off. The battery life was as quoted with a good 8 hours+ for playback and a charge time of around 2 hours.

The Groov-e Zen Wireless Headphones with Active Noise Cancelling are available for under £30 and at first glance may be a set to instantly dismiss, but if you are on a budget or want a cheaper set for the car or gym, then they really are worth considering. Featuring active noise cancelling, good battery life offering over 8 hours of playback time, multi-function features and soft ear pads for a comfortable wearing experience they certainly don’t feel budget.

The control system worked well, although a little fiddly to change the volume. The audio quality was excellent for the price, the bass could have been a little tighter for our liking but, overall, we had no complaints.

At this price range, the competition is far too many to mention or even suggest as alternatives, but if you are looking for a set of headphones that aren’t going to break the bank and will give a good quality sound with a decent feature set, then the Groov-e Zen are definitely one to consider. At under £30 we can’t find any reason not to award these our AVForums Recommended award.