Well at least they didn't split It into three parts. 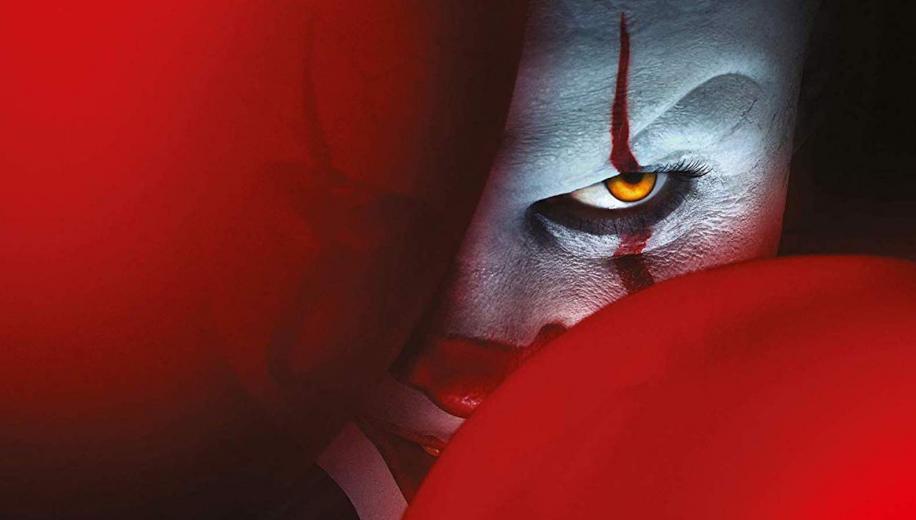 The bloated conclusion to 2017's remake is a decent finale with a game adult cast but doesn't quite know when to end.

Stephen King has been flavour of the month for a few years now, with Netflix alone delivering a slew of adaptations, and several more getting theatrical releases - including this celebrated remake of It, whose first part was so damn effective that it left fans eagerly anticipating the conclusion; even more so when the adult cast was announced to marry up to their perfectly matched child counterparts. A very creepy teaser trailer further cranked up the already high expectations, so when the ambitiously epic near-three-hour sequel finally landed, really it had precious little chance of living up to what everybody wanted it to be.

Thankfully the casting is pretty ace, and perhaps even moreso considering the unexpected ways in which they get it right. Sure, James McAvoy and Jessica Chastain are unsurprisingly strong, with impressive support from The Wire's James Ransone, and Top of the Lake's Jay Ryan, but the surprise comes from Bill Hader, who is a scene-stealing revelation in his combination of humour, horror and genuine character depth. Indeed, whilst you'd expect Chastain to steal the show (especially given Sophia Lillis' perfect set-up of the child version of her character), her role isn't quite explored as well as it could have been, leaving Hader to stand out from the rest.


The surprise comes from Bill Hader, who is a scene-stealing revelation in his combination of humour, horror and genuine character depth

Likely better served by watching back-to-back in some mammoth marathon (there are even rumours of an even longer 'Super-Cut' in the making, but they said the same thing about The Whole Bloody Affair), It Chapter Two is bursting with clever scenes, interesting character ideas, and the potential to give you chills, but - as a whole - doesn't quite come together the way it should, especially not given what came before.

It's violent, literal gay-bashing prologue doesn't quite play right, and is far too long and indulgently graphic if all it was designed to do is reintroduce a character whose reappearance can hardly be a slow-burned surprise (the clue is probably in the title of the film), and whilst the ideas tick a lot of the right boxes (Beverly's choice of husband), the contrived way in which everything suddenly comes together sometimes doesn't exactly sit organically, feeling rushed in a film which, given its length, should really be anything but. Horror setpieces vary in effectiveness, more intense than disturbing, and It was arguably always better served with more mystery and pure creepiness - something the trailer appeared to get right - which has been lost in some of the bigger setpieces and, in particular, the increasingly ineffective endless ending(s).

Whilst descending into one big criticism, the good should not be outweighed by what amounts to more feelings of disappointment in what could have been - It Chapter Two is a well-made, well-acted follow-up to a gem of a remake, but it's also a big budget film which should have been better, with less time spent on big setpieces and more time exploring the psychological horrors established in its opening salvo. Nevertheless, as a frequently intense adult 'survival' adventure featuring a group of plausible best friends (perhaps, therefore, having more in common with King's Stand by Me), this is still a recommended watch to finish the journey started back in 2017.


It Chapter Two hits UK 4K Ultra HD Blu-ray a month after it's likely identical US release, boasting a strong if not quite spectacular semi-skimmed 4K presentation upscaled as a result of the film's 2K Digital Intermediate.


A strong if not quite spectacular semi-skimmed 4K presentation

Detail is generally very good indeed, affording the 4K upscale a modest uptick in discernible detail over and above its 1080p counterpart, bringing fine textures (Pennywise's cracked marble dome, for example) to the fore in a way which was not as noticeable before. It's not an exhaustive effort, but it does enjoy tighter clarity, more complex background textures, and better resolve on close-ups.

Of course, it's WCG and HDR which make all the real difference in terms of an upgrade, with Dolby Vision giving the presentation a further edge, bringing stronger colour depth and vibrancy to the proceedings - those eyes have a more penetrating orange glow to them; reds are particularly impressive and particularly improved, and the palette enjoys that keen juxtaposition of small-town woody browns and woodland greens infused with shocks of primary excellence. Black levels are also hard to fault, deep and inky, with the visages that appear in the shadows given better clarity and shadow detail too. The more effects-driven moments aren't quite as well resolved (Pennywise's floating into the town, and the ensuing setpiece, as well as some of the ending(s)) but that's almost to be expected and, overall, it's a very good presentation, just falling shy of anything describable as demo.

An utterly reference piece of sound engineering
The Dolby Atmos track is, conversely, an utterly reference piece of sound engineering which wonderfully works with the source material to craft an impressive High Definition 3D Object-based immersive accompaniment to the intense proceedings. Whether in the bigger effects-driven setpieces, where Chapter Two goes large for impact, thundering around the small town in mass destruction mode, or just the more claustrophobic moments - where grandmas turn scary - the mix does an excellent job pulling you into the film and engulfing you in the orchestrated chaos. Dialogue remains on point throughout, well prioritised even in the cacophony, but Chapter Two enjoys its creepy atmospherics and thunderous clowns more than the necessary character introspection, going electric with dynamics, thrumming with LFE intensity, and, by the end of it all, threatening to bring your whole house down.

The 4K disc ports over the Commentary, but the rest of the supplemental Featurettes are on the second, dedicated, Blu-ray disc

A solid if bloated conclusion
It Chapter Two had a tough act to follow, and can't quite live up to the impressive foundations of Chapter One, instead coming in as overlong and occasionally indulgent, saved by some strong performances - and a standout one from Hader - and some effective tension which leave it a solid, if bloated, conclusion. The 4K release is technically proficient, with strong Dolby Vision-enhanced video and excellent Dolby Atmos-enhanced audio, as well as nice selection of extras.